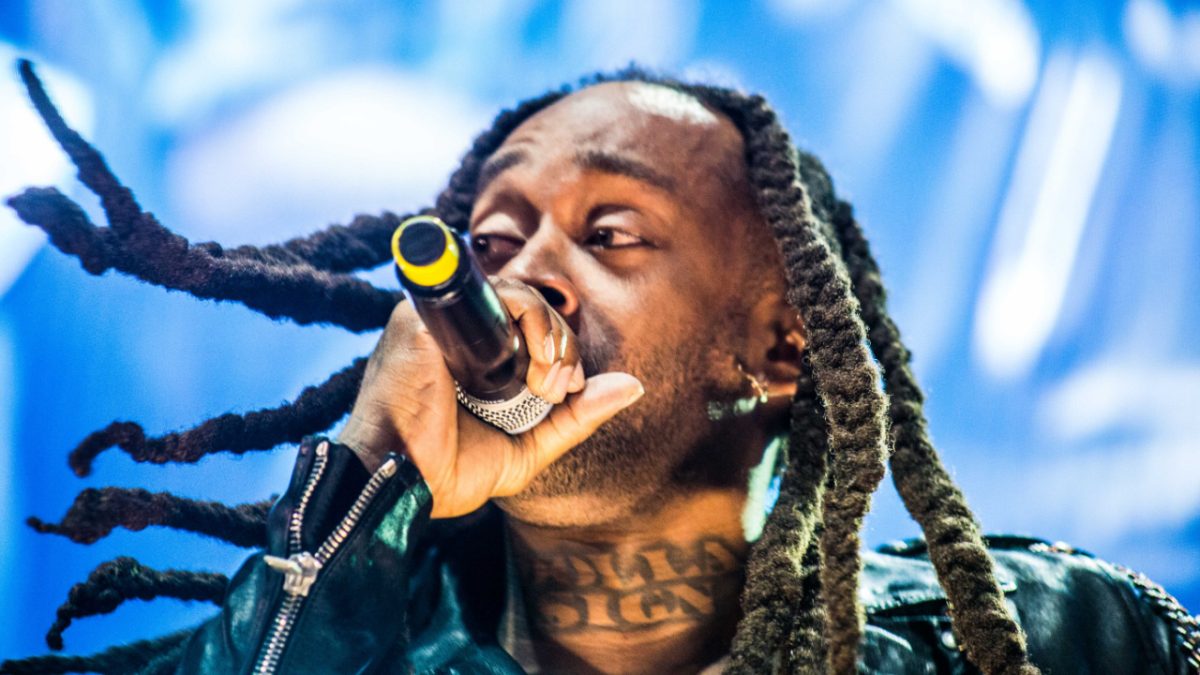 The West Coast crooner alerted fans to his hospitalization by posting a photo of him laid in a hospital bed with medical wires hook to his bare chest.

While his cryptic caption — open hands and fingers crossed emojis — left followers to speculate what had happened, Ty Dolla later took to his Instagram Stories to explain he’d been knocked unconscious while skateboarding and has since been safely discharged from the hospital.

“They just let me out. Had a skating accident and was knocked out for a few but I’m back praise God,” he wrote. “Thanks to everyone that prayed for me and showed love. I love you more.”

The 40-year-old singer also thanked pro skater Dashawn Jordan, who he was presumably with at the time of the accident, for transporting him to the emergency room, as well as his teen daughter for being by his side the entire time.

“Thanks @dashawnjordan, @bolajibam for holding it down and getting me to the ER,” he continued, “and my princess @jailynncrystal for being there with me the whole time I love you so much.” 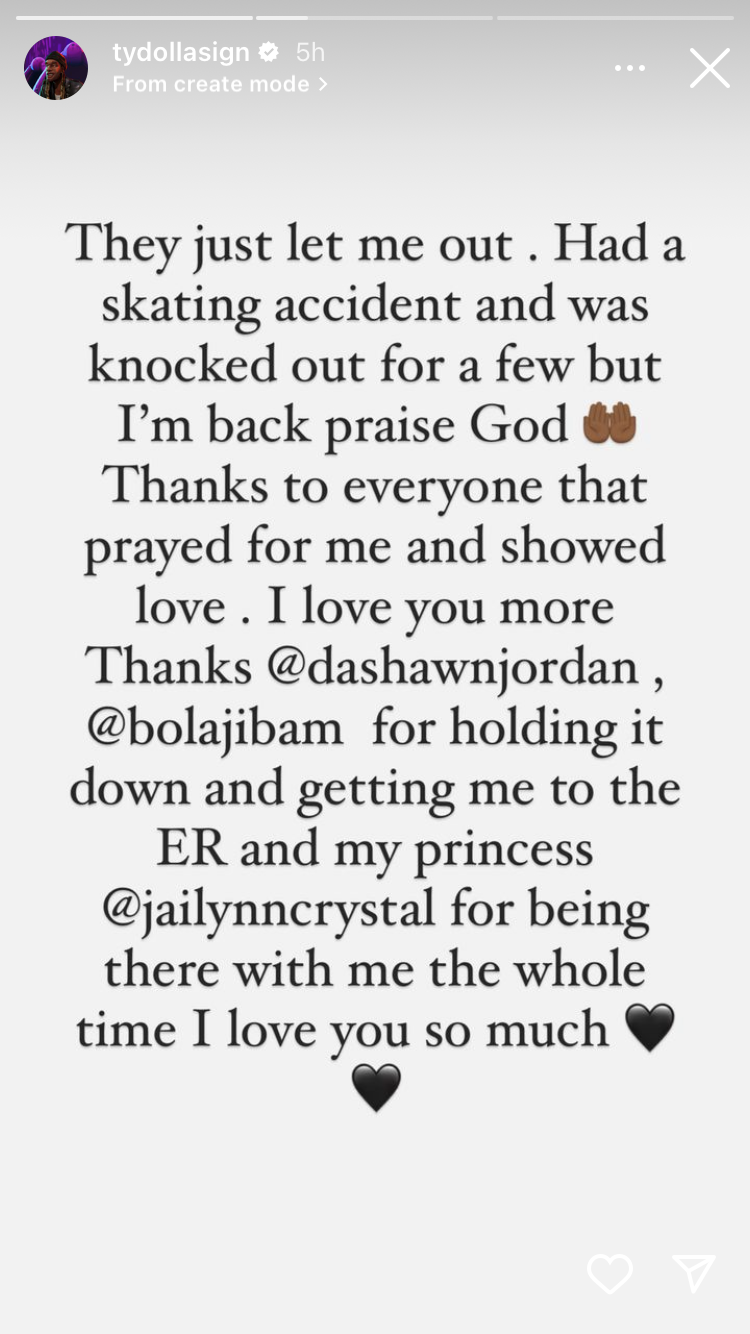 Friends and collaborators including Big Sean, 2 Chainz, Chance The Rapper, E-40, Jeremih, Fat Joe and Lucky Daye were among those who extended their concern, support and prayers to Ty Dolla $ign in his Instagram comments section.

“Praying for you bro,” wrote Sean Don, who has worked with Ty on songs like “Play No Games” and “Body Language,” while fellow Cali native E-40 added: “Speedy recovery fam.”

The skateboarding accident is just a small bump in the road for Ty Dolla $ign, who has continued to cement himself as one of Hip Hop’s go-to hook men while expanding his artistic repertoire in 2022.

The Beach House crooner has lent his distinct voice to Vince Staples’ Ramona Park Broke My Heart, Roddy Ricch’s Feed Tha Streets 3 and The Game’s Drillmatic, among other albums, as well as the posthumous Biggie track “G.O.A.T.”

He has also dropped two singles of his own — “Friends” featuring Lil Durk and Mustard, and “Champions” with Wiz Khalifa — while voicing a character in Kid Cudi’s animated Netflix special Entergalactic and appearing twice on the accompanying album.

#Why Do TV Speakers Sound So Bad?

#THE [email protected] Cinderella Girls: U149 Anime Hits the Stage in April #How ‘NCIS’ Continues to Keep Gibbs Part of the Story (RECAP) 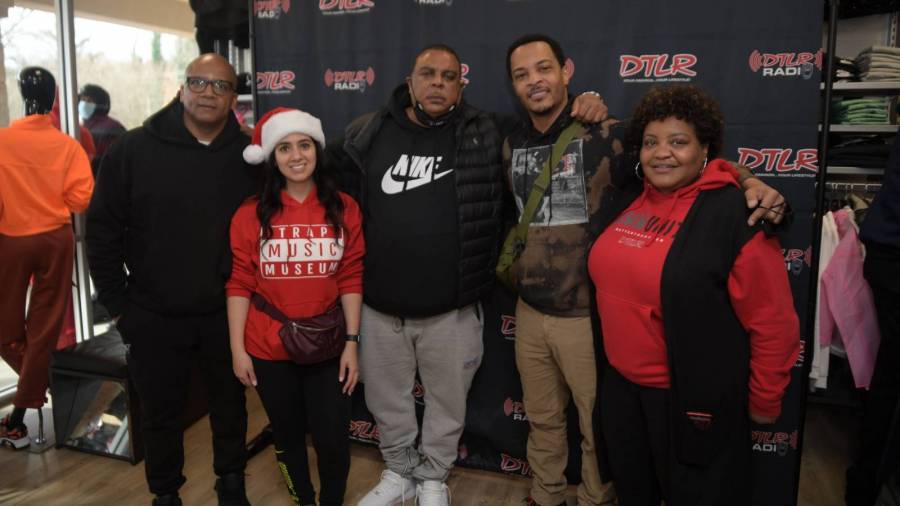 #How the family tackles crisis 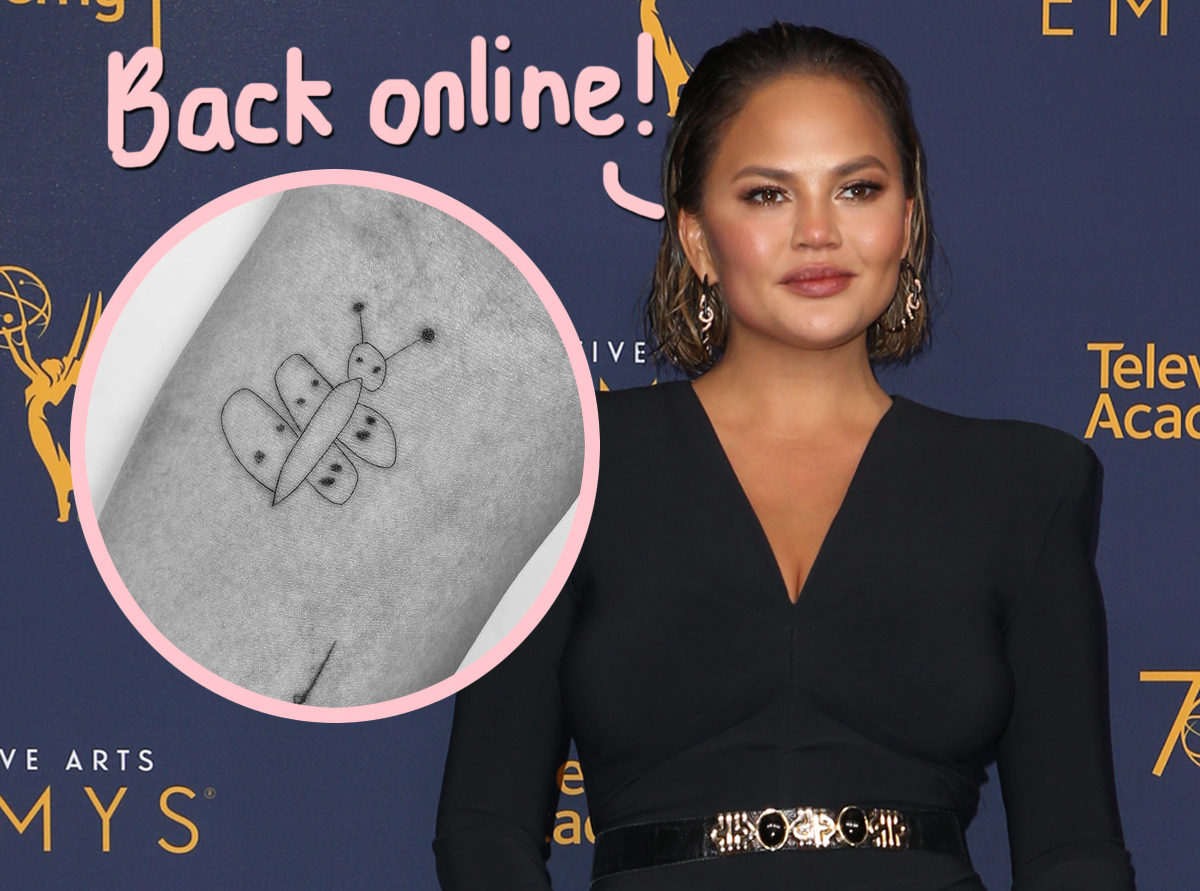