US President Donald Trump walks back to the White House after spending time in front of St. John’s Episcopal church as police officers stand guard amid protests
Getty Images/Brendan Smialowski

President Trump called the lack of trust felt by African Americans toward law enforcement “a very sad problem” on Wednesday, in the wake of nationwide protests against the murder of George Floyd.

Speaking to Brian Kilmeade on Fox News Radio, the commander-in-chief made the remarks after being asked for his thoughts on a recent Axios-Ipsos poll which found 77 percent of whites trust local police, compared with 36 percent of African Americans.

Pressed further by Kilmeade on how the federal government could better handle “the law enforcement part of this,” the president replied, “I think [police officers] have to get better than what they were doing, I mean obviously that was a terrible thing,” referencing the death of Floyd.

Protests and riots erupted across the nation over the weekend in a show of outrage against the murder of Floyd, an 46-year-old unarmed black man, by a white police officer in Minneapolis last week.

Floyd could be heard in video of the killing pleading that he could not breathe while being pinned down by since-fired Minneapolis Police Officer Derek Chauvin for over eight minutes.

“This is a long term problem, this didn’t happen today,” he added.

Asked by Kilmeade to respond to presumptive Democratic nominee Joe Biden’s speech on Wednesday on racial injustice and the murder of Floyd, Trump argued that his 2020 rival was no ally of minority voters.

“His crime bill was a disaster,” the president said of Biden’s work in the Senate, specifically referencing the 1994 Violent Crime Control and Law Enforcement Act, which Biden wrote as a Delaware senator.

Prior to being tapped as then-Sen. Barack Obama’s running mate, Biden spent much of his 2008 presidential bid boasting of the 1994 crime bill as his work.

His 2008 campaign website referred to the act as the “Biden Crime Bill,” and in a face-off with then-Senator Hillary Clinton during a 2007 debate, Biden quipped that it originated as the “Biden crime bill” before it became known as the “Clinton crime bill.”

The bill, which was prompted by the crack epidemic and other violence, was passed with bipartisan support in both houses of Congress — 235-195 in the House and 61-38 in the Senate — and signed into law by then-President Bill Clinton.

The bill included a federal ban on assault weapons, expanded the federal death penalty and the Violence Against Women Act, among other provisions.

It fell out of favor in recent years, amid criticism it caused prison populations to swell and resulted in the mass incarceration of African Americans on drug charges.

Biden’s legacy surrounding the criminal justice system has dogged him at times during the 2020 presidential election, thanks specifically to the crime bill. The former vice president has taken heat on multiple occasions from both President Trump and other 2020 Democrats for his involvement.

Late last month, Trump argued that African Americans wouldn’t be able to bring themselves to vote for Biden over the crime bill.

“Anyone associated with the 1994 Crime Bill will not have a chance of being elected. In particular, African Americans will not be able to vote for you. I, on the other hand, was responsible for Criminal Justice Reform, which had tremendous support, & helped fix the bad 1994 Bill!” Trump tweeted.

Tags
in the wake of nationwide protests against the murder of George Floyd. Speaking to Brian Kilmeade on Fox News Radio President Trump called the lack of trust felt by African Americans toward law enforcement “a very sad problem” on Wednesday the commander-in-chief made the remarks after being asked for his thoughts on a recent Axios-Ipsos... Trump calls African Americans’ distrust of police ‘a very sad problem’
Share
Facebook Twitter LinkedIn Tumblr Pinterest Reddit VKontakte Odnoklassniki Pocket Skype WhatsApp Telegram Viber Share via Email Print

#AMC Theatres Doubts They Can Stay in Business, 2020 US Box Office Revenue Likely to Drop Over 50% 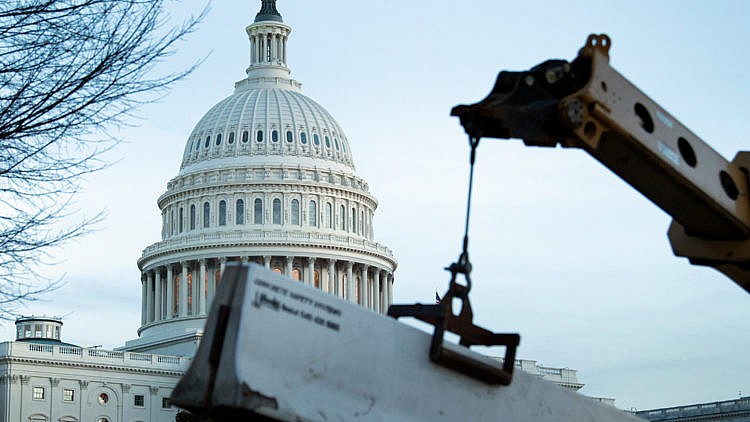 #Let’s not waste this crisis in American democracy