“#Tory Lanez Paints HIMSELF As The Victim In Megan Thee Stallion Shooting With A Diss Track — And Twitter Has THOUGHTS!
”

Who thought this was a good idea?? Well, other than Tory Lanez.

The Canadian rapper, real name Daystar Peterson, returned to social media on Thursday to tease a new project — just one month after Megan Thee Stallion accused him of shooting her in the foot! Effectively breaking his silence on the alleged violent incident, Lanez dropped his latest album Daystar last night, where he paints himself as the victim.

But first, he hinted at his comeback on Twitter, writing:

“To my fans… I’m sorry for my silence… but respectfully… I got time today… 9 PM PST.”

Additionally, on his Instagram, the 28-year-old posted a photo of Daystar‘s cover art, with a caption about him speaking out on the highly-controversial event!

“There is a time to stay silent. And a time to speak. I said all I could say on this.”

The album opens with the diss track Money Over Fallout, where it’s very clear Tory is claiming his ex-lover’s team is “trying to frame me for a shooting.” After beginning with a montage of media reports about the alleged shooting, the rapper starts by referencing how he posted the “$30,000 bail” before claiming he wasn’t responsible for her wound.

“Girl, you had the nerve to write that statement on that affidavit / Knowin’ I ain’t do it but I’m comin’ at my truest / Tryna keep this s**t two hunnid with you, shorty, I can’t prove it / But them people in yo’ ear, they the true ones that I fear / They really got you thinkin’ Tory Lanez would do you in, for real / Don’t forget you was my bitch, I held it down and kept it real / I would never paint no fake picture of you just for some mills / And I thought that you was solid too, but look at how you doin’ me / Look at how you doin’ me, people tryna ruin me / And what’s even worse is I’m still thinkin’ about you and me”

Lanez continued to play innocent while alluding to their romantic relationship, rapping:

“Gotta see a couple questions: how the f**k you get shot in your foot, don’t hit no bones or tendons? / How the f**k your team is tryna to pay me in some whole millions? / I just lost like ten million dollars because this cold business / But I got like ten million followers that’s gon’ roll with me… / N***as, y’all can play me, y’all can frame me, but I’ma reach the top / I would never put you in no danger, and if I did, you would’ve said it when you seen the cops”

If he’s trying to win her over, this is not it!!

As we previously reported, the Say It artist was said to have been begging for Megan’s forgiveness the day following their fight. Text messages revealed to TMZ allegedly said:

“I know u prolly never gone talk to me again, but I genuinely want u to know I’m sorry from the bottom of my heart. I was just too drunk.”

He further expressed remorse for something, just never explicitly saying what:

“None the less s**t should have never happened and I can’t change what did. I just feel horrible. Cuz I genuinely just got too drunk.”

Of course, it doesn’t change what happened, not to mention him releasing a diss track about his one-time girlfriend being SHOT! And if you ask Twitter, they were not pleased about the song, let alone the timing! It was only on Wednesday that Kentucky Attorney General Daniel Cameron, along with the grand jury, decided not to convict the three Louisville police officers for the shooting death of Breonna Taylor.

One user summed it up perfectly, sharing:

Tory used the publicity from him shooting Megan as a marketing scheme to drop his album a day after Daniel Cameron told us Breonna Taylor’s life didn’t matter.

Ch-ch-check out more of the reactions, calling Lanez out for manipulating the situation!

Y’all be like “Tory Lanez is innocent until proven guilty. Therefore Megan thee Stallion is guilty of lying” like ?????

fck tory lanes and anybody tryna justify his actions.

Damn so to be clear Tory shot a unarmed black woman while drunk and instead of apologizing he dropped some songs and all of a sudden y’all think he didn’t shoot Megan ?! What ever happened to protect black women ?? pic.twitter.com/GYCrwE917o

I hope Megan SUES Tory Lanez. You’re not going to shoot me and make money off my trauma.

For those of y’all “Black men” defending Tory, remember your mother is a Black woman, and you have Black sisters.

And take Breonna Taylor out y’all mouth, since y’all “wasn’t there” TOO. pic.twitter.com/9JiiZ5QNHj

So far, no word from Megan Thee Stallion herself…

Perezcious readers, listen to Money Over Fallouts (below) and let us know what U think about this mess! Should Tory issue Meg a public apology now that he’s broken his silence?? Or is there no way for him to come back after this AND alleged gun violence? 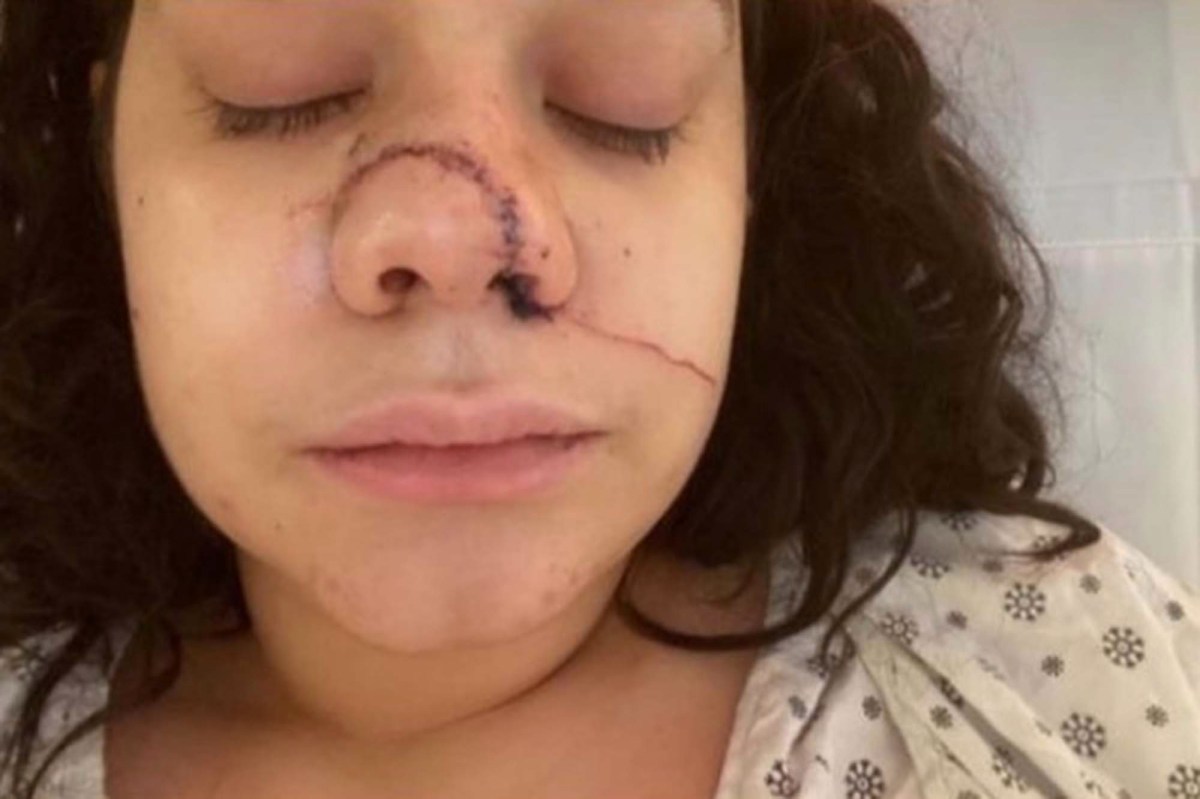 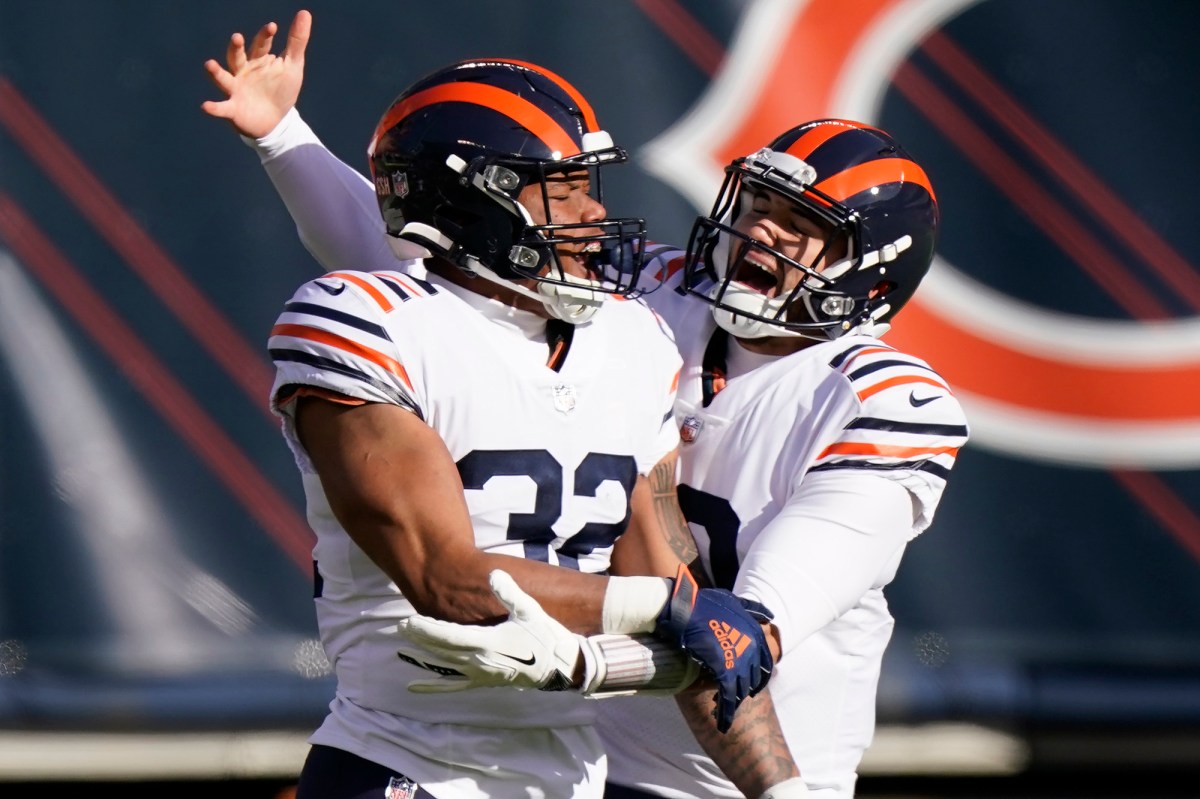 #Bears vs. Vikings line, prediction: Chicago has found something