On the bright side, no one calls baseball “boring” at the moment.

These heated negotiations to restart the 2020 season continue to entertain, even as they present absolutely terrible optics to a country coping simultaneously with a social crisis and a pandemic. Here are three thoughts on the latest developments:

1. If you’re wondering whether or how this collective bargaining differs from other turbulent talks that landed smoothly, look no further than the quote that Major League Baseball deputy commissioner Dan Halem gave in a text to The Post’s Joel Sherman on Monday night:

“The one piece of good news out of [Sunday’s] meeting is that Tony Clark acknowledged that the March Agreement contemplated another negotiation over player salaries if the 2020 season could not be played in front of fans. We were concerned, based on media reports, if players knew that. Tony told us the players were aware that the March Agreement did not resolve the issue of player salaries in a season without fans. And he said the players’ decision to accept nothing less than 100 percent of their prorated salaries was due to the risks of playing the season, not because they were promised it in the March 26 agreement.”

Halem is not accusing Clark of being unreasonable, or intransigent, or just plain wrong. He is questioning Clark’s competence, his process of disseminating information to his constituents. You don’t see much of that in these sagas.

Halem could have been referring to reports like The Post’s last week, when Noah Syndergaard, amid a Twitter battle on another subject, accused MLB of going back on its word from the aforementioned March 26 deal. Extensive evidence exists that many players did not understand that, even after agreeing to prorate their salaries for this coronavirus-shortened campaign, MLB owned the right to at least try to take another bite of the apple.

Tensions between the owners and players ran crazy high from the 1970s through the 1990s, leading to more work stoppages than “Fast and Furious” movies. They hated each other’s guts, and the players proved thrice, through an independent arbitrator, that owners colluded to suppress the free-agent market from 1985 through 1987. Yet would you rather believe that your partners/foes are malicious, as the players felt then, or inept, as the owners believe now? We’ll see which poison proves worse.

2. The 30-60-game season very likely won’t happen. It sounds like MLB didn’t offer this during Sunday’s virtual meeting as much as wryly mention it as a possibility that would give the players their prorated pay while not financially overextending the owners. Everyone knows how silly such a short schedule would look, especially with the decks clearing to hold a three-month regular season plus expanded playoffs in October.

Even floating the notion does accomplish something, however: It yanks the moral high ground from under the players’ collective feet.

Who can’t sympathize with the players’ desires to receive their full prorated income for putting themselves in harm’s way? Shoot, you can contend quite easily they deserve more than their prorated percentage. No owner will be sharing close quarters or risking collisions with other people while the coronavirus lingers, after all.

But the only argument for more games, as opposed to higher pay per game, covers finance and statistical/historic merit, not what’s ethically right. Proposing the “fewer games/higher pay” concept would be like taking away Jacob deGrom’s slider. Though he can still prevail without it … he’d rather have it.

3. For all the understandable talk of Clark’s effectiveness and questions about his job security, it’s Rob Manfred and the owners who can lose the most. Folks rightly fault Bud Selig, not Donald Fehr, for canceling the 1994 World Series. Owners count on their franchises to increase in value, yet can that occur when those franchises don’t take the field?

You’d think the owners would keep this in mind as they proceed here. Wouldn’t it make more sense for them to take a short-term hit — massive deferred player compensation still appears so darn logical — and live to fight another day than take a hard line now and severely damage those franchise values? 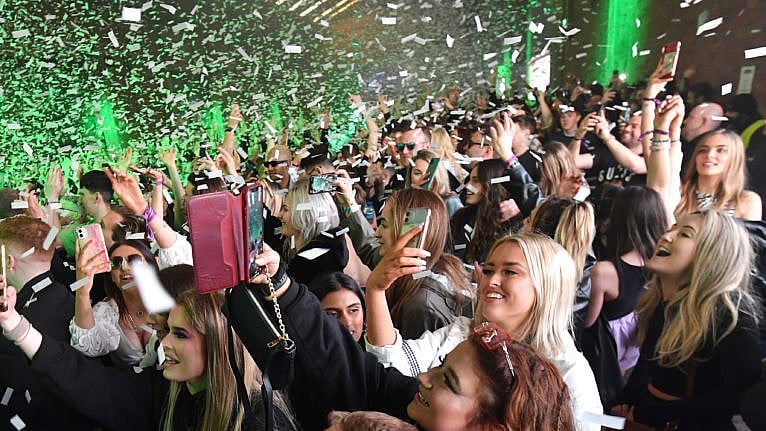 #Liverpool goes clubbing for all of us