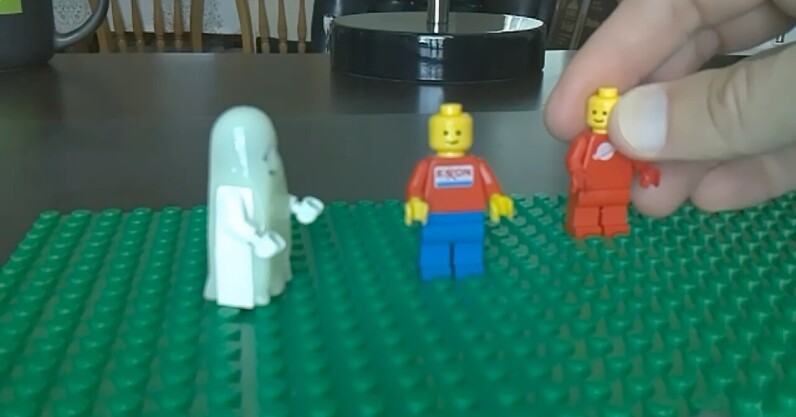 Did you know Neural is taking the stage this fall? Together with an amazing line-up of experts, we will explore the future of AI during TNW Conference 2021. Secure your ticket now!

Artificial intelligence is far too often a solution looking for a problem. So it’s refreshing when someone manages to find the perfect way to apply a simple AI trick to a huge problem plaguing humanity.

Simply put, the big problem with creating stop-motion animation is that it takes forever. Typically speaking, it takes hours worth of work to capture a few minutes of footage. And we’re talking about the monotonous tedium of moving or rearranging objects fractions of a centimeter over and over again.

And don’t even get me started on the reshoots. Every time the camera moves a millimeter or the lighting changes by an iota of brightness it seems like key frames in your shooting sequence become unusable.

Simply put, it’s just easier to shoot live action or use computer animation techniques than it is to do stop-motion most of the time. And if it isn’t easier, it’s usually more fun.

But, Nick Bild’s new system cuts that tedium in half.

In the above video we see the typical life of a stop-motion animator. Bild spends about 2 full minutes wiggling Lego characters around. It’s slightly more riveting than watching paint dry.

But then, like magic, we see the same video with Bild’s hand removed from the scene and only the resulting movements visible. And, voila, it’s a pretty nifty little stop-motion video.

The fun part here is that Bild’s AI isn’t some big fancy system that takes a room full of GPUs to run. It’s a simple computer vision system running a hand-pose estimation algorithm. It just takes a single picture anytime there’s not a hand in the screen. When a hand shows up again, it waits for it to leave and takes another snap.

This might not seem like a big help, but Bild didn’t shoot a version of the video where they had to crew the camera, move the pieces, and keep track of lighting and shadow continuity.

Bild’s taken half the work out of shooting stop-motion with the clever use of AI.

Hat’s off to Bild for this awesome gift to would-be amateur stop-motion animators around the world.

And a hat tip to Hackaday’s Tom Nardy for spotting this cool little AI project.

Check out the whole project here on GitHub.

#Could Brian Laundrie's parents be charged in Gabby Petito case?