“#These animes premiered on RTL II in 2004
”
For years, RTL II was the number 1 anime broadcaster in Germany. Today we look back on the premieres from 2004.

Between 1993 and 2011, RTL II was the undisputed number 1 for anime lovers. Every year new series or new seasons of popular anime series celebrated their premieres on the private broadcaster from Grünwald near Munich. Over the years, a total of over 80 anime series celebrated their premiere on RTL II – until the anime block was finally pulled out in April 2013. Today we look at the TV premieres that RTL II broadcast in 2004 alone. Both completely new series and new seasons are included in the calculation.

From April 19, 2004 on, RTL II broadcast 52 new “Pokémon” episodes. It was the starting shot for the Hoenn League!

These animes premiered on RTL II in 2004 and first appeared on BuradaBiliyorum.Com.

#Sayaka Kanda, The Voice of Sword Art Online’s Yuna, Has Passed Away 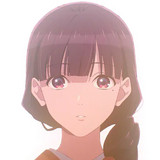