This is a story about a girl named Caroline Forbes.

Caroline is not the same woman she was when The Vampire Diaries first premiered in 2009.

In terms of character growth, the vapid perfectionist — brought to life by the impeccable Candice King — underwent the biggest evolution in the show’s eight-season run.

Though she was introduced as a shallow, oftentimes insufferable teen, with time, she blossomed into a strong-willed and impressive young woman who knew what she stood for and always stuck up for her friends.

Most of all, she grew into a fiercely independent.

She was no longer the girl that needed a man to feel a sense of worth — a stark contrast from the Caroline we met on The Vampire Diaries Season 1, who looked for love in all the wrong places.

In those early episodes, Caroline was a control freak who took on as many extracurriculars she could squeeze into her schedule (head cheerleader, in charge of dance committees, town activities, and more) in order to be the best.

Deep down, however, she was insecure and sought validation from the opposite sex, and then blamed herself when she didn’t get it. Not being “the best” made her feel worthless.

We saw that on full display on The Vampire Diaries Season 1 Episode 1 when a smitten Caroline tried to date brooding newbie Stefan Salvatore. When he told her it was never going to happen and chose Elena instead, Caroline was heartbroken and drowned her sorrows.

“How come the guys I want never want me?” she asked Bonnie before wallowing in self-pity and emphasizing that she was never good enough.

Teenage Caroline was a bit neurotic and even downright mean, as she lashed out at everyone around her, including her closest friends. Her toxic behavior was mostly fueled by insecurity and jealousy.

While these characteristics undoubtedly gave the character substance, they also gave her something much more important — room to grow. And that growth was wonderful to watch over the years.

Elena was always put on a pedestal, but Caroline was a constant work in progress, which leaned in her favor as it allowed her to flourish and surpass her story arc.

On the road to becoming your best-self, hardships are unavoidable, and Caroline went through her fair share.

Her eventual complexity, good nature, and thoughtfulness made her a far better lead than Elena, and upon Nina Dobrev’s departure, she (along with Bonnie, who also deserved better) carried the series.

Since Caroline’s self-esteem was effectively shot, she became the perfect target for any man who would give her even a smidge of attention.

Damon Salvatore was the first to prey on and manipulate Caroline for selfish reasons.

And it didn’t stop at Damon. In those early seasons, Caroline dated nearly every single man in Mystic Falls — Tyler, Matt, Klaus,Stefan, and Alaric, along with supporting characters like Liam and Jesse.

While the relationships usually progressed naturally, it was obvious that Caroline was trying to find herself and fill a void.

It was through these relationships, and the subsequent heartbreak, that she was able to grow into a strong woman.

That strength was always within her, she simply needed help finding it.

Caroline was “revamped” — pun intended — when she turned into a vampire. Again, she was the victim of someone else’s selfish games, but it was a turning point for her and, quite honestly, the best thing that could have happened to her character.

Her transition wasn’t wasted or used simply for plot development as she found both physical and mental strength while gaining a new outlook on life.

“I remember how you manipulated me, how you pushed me around, abused me, erased my memories, fed on me,” she said as she confronted Damon on The Vampire Diaries Season 2 Episode 2.

A type of confidence exuded from her that we’ve never seen before. She wasn’t afraid to speak up or stand up for herself anymore, even as she navigated the unknowns of being a vampire.

Vampirism tends to bring out the worst in people, which is why most of them have spent eternities searching for the cure. However, in Caroline’s case, it amplified her best qualities; all of her admirable traits that were once buried deep down inside came into the light . . . with the help of a daylight ring.

Caroline never wanted to go back to being human because she was better this way.

The transformation allowed us to see a new side of Caroline as she became compassionate and caring despite technically being considered a “monster.” She went from self-centered to genuinely selfless.

Her bravery extended to all of her loved ones as she went out of her way to protect and rescue her friends, even if it meant putting herself at risk.

On The Vampire Diaries Season 2 Episode 5, Caroline protected Elena from Tyler’s uncle, Mason Lockwood. The knowledge that Mason had the upper hand didn’t stop Caroline as she told him: “I can take you,” and then did just that.

On The Vampire Diaries Season 8 Episode 3, Damon attempted to kill Bonnie twice while under Sybil’s control, and both times, Caroline came to her bestie’s defense.

She was able to put aside her wants and needs for the greater good.

Caroline wanted to have a good relationship with her mother, but when Liz Forbes found out she was a vampire, she was horrified. Eventually, she began to realize what the audience knew for quite some time — her daughter was a better person as a vampire — but even though she accepted her, Caroline tearfully erased her mother’s memory to protect her friends.

When Alaric’s wife, Jo, was murdered, her twin daughters were magically implanted into Caroline on The Vampire Diaries Season 7 Episode 6. While Caroline didn’t have much say in the matter, she made the conscious choice to stick around and help Alaric raise them as their surrogate mother.

The duo then teamed up to open the Salvatore Boarding House, a school for supernatural kids, including her daughters.

Caroline’s love knows no bounds. On The Vampire Diaries Season 3 Episode 4, she came to her father’s aid, even  after he locked her up in a dungeon and tortured her. Damon may have been stronger, but Caroline was angrier and thus, successfully stopped him from killing her father.

She used her previous hardships to heal and became the crutch for many of her friends.

After Stefan and Elena broke up, he confided in Caroline about struggling to control his bloodlust and becoming the worst version of himself, The Ripper.

Despite the dangerous nature of the situation, Caroline stood by him and informed him that she would not let him give in to old habits: “As your sober sponsor, I am not going to let that happen.”

On The Original Season 5 Episode 1, she visited Klaus when he went off the rails and didn’t mince words as she judged his behavior and convinced him to see his daughter.

On The Vampire Diaries Season 2 Episode 11, Caroline sacrificed her safety to be by Tyler’s side during his first transformation into a wolf. She, again, understood the risks and refused to leave him to suffer alone.

And that’s what was most impressive about Caroline’s glow-up — she became fearless and learned her self-worth.

In her own words: “I don’t let guys mess with my head anymore.”

She stood up to the most dangerous vampires on multiple occasions, and after learning how to respect herself, she gained the respect of others, including Klaus, who fancied her and often sought out her approval.

Her relationships, the ones that once stemmed from a place of pity and manipulation, became the strongest part of the series.

She went from being the girl who no one wanted to the girl that everyone thirsted for, romantically and platonically.

Caroline took chances with her heart and embraced her deepest desires, even when others didn’t agree with them. The chemistry she had with some of the show’s bad boys, all while not compromising herself, was enjoyable to watch.

As lover after lover was ripped away from her, including Stefan and Klaus, who both sacrificed themselves for their family in a similar way she sacrificed herself for others, she always found her footing and the strength to carry on.

Her journey of finding herself was more important than any love story. In death, she learned how to live.

This isn’t to say that Caroline doesn’t deserve a love that will choose her above everything else. Of course, she does! She deserves to be treated like the girl who’s worth sacrificing everything for.

But Caroline overcame all those heartbreaks because she never placed her worth solely in the hands of a man.

With eternity, she can find love in all the right or wrong places on her terms because she’s learned the most important lesson of loving herself first.

It would be great if we could see the continuation of her story on Legacies or, heck, even a Caroline-centric spinoff, but we also know that Caroline is going to be just fine.

Despite dating every human, vampire, and werewolf in the small town of Mystic Falls, Caroline Forbes never needed a man; she simply needed herself.

Remember, if you haven’t seen the show, you can watch The Vampire Diaries online right here at TV Fanatic.

Lizzy Buczak is a staff writer for TV Fanatic. Follow her on Twitter and read her personal blog at CraveYouTV.

#Where To NOT Buy A PlayStation 5 (PS5) – Scammers List #’The Spine of Night’ is a Heavy Metal Parade of Violence 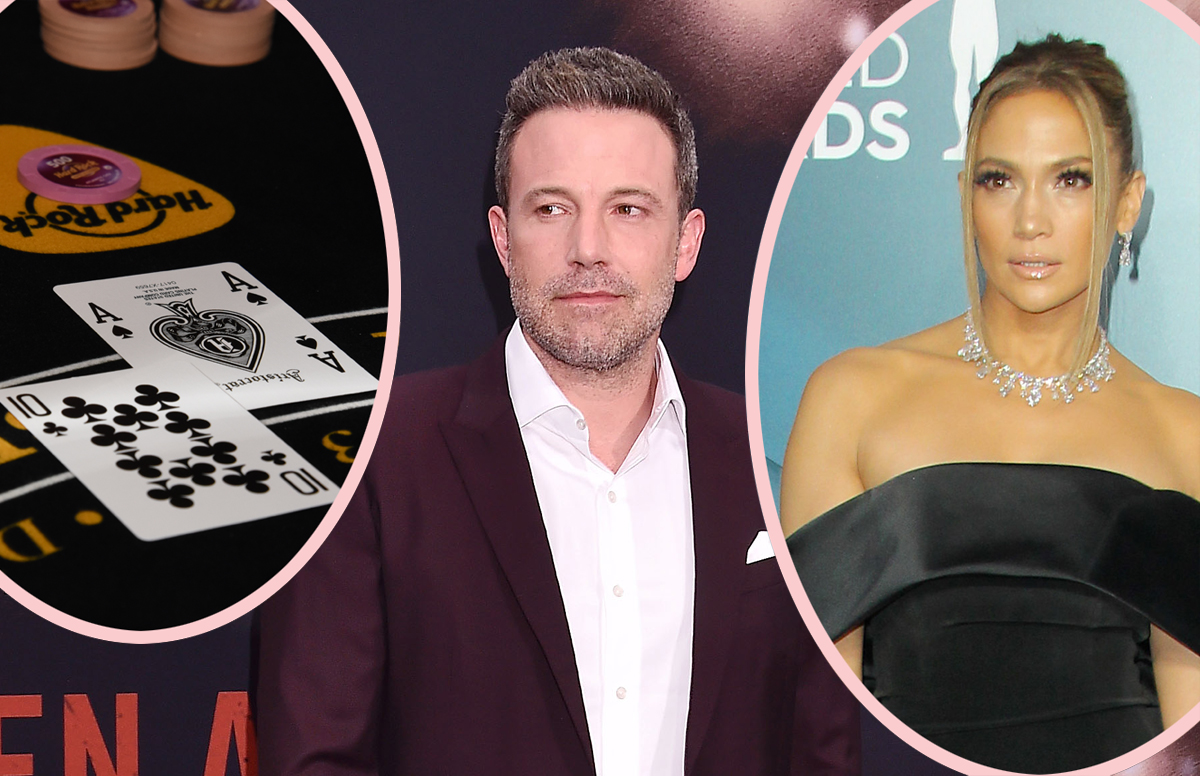 #Ben Affleck Spotted Gambling Again Years After Being BANNED From Casino… Is This OK??