“#The King of Staten Island”

Judd Apatow’s “The King of Staten Island” is designed to elevate the personality and career of Pete Davidson in much the same way “Knocked Up” played to Seth Rogen’s skill set and “Trainwreck” made Amy Schumer a star. It uses some of Davidson’s own personal story, including that his father died on the job as a firefighter on 9/11, as a launchpad for another tale of a man-child, someone who hasn’t exactly matured at the same rate as most people. Once again, Apatow presents a lovable but childish young adult and then places obstacles in his way in a manner that allows him to move to the next phase of life as a happier, more confident person. The problem with this frustrating, formless movie is that Davidson’s leading man simply isn’t that interesting, and the film that should chart his trajectory ends up stolen by the people around him. Marisa Tomei, Bill Burr, Pamela Adlon, Bel Powley, Steve Buscemi—I wanted to follow each of them to their own movies and leave this disappointing one behind.

Davidson plays Scott Carlin, a 24-year-old dude living in his mom’s basement in Staten Island. He hangs with his friends all day, has a sexual relationship with a girl named Kelsey (Powley) that he hides from their friends, and uses the people in his boring sphere as physical canvas for his dream of being a tattoo artist. One day, he meets a kid on a bench who asks for some ink. Ignoring his buddy Igor’s (Moises Arias) suggestions that tattooing a nine-year-old might be, well, a really bad idea, Scott ends up putting needle to skin and the kid screams his way home. Later that day, the boy’s father Ray (Burr) comes by to give Scott a piece of his mind and ends up meeting Scott’s mom, Margie (Tomei). He comes back and asks her out and the two start dating, which sends Scott off the emotional edge. Ray is a firefighter like Scott’s deceased father, and he can’t stand the idea that dad is being replaced.

That’s the basics of “The King of Staten Island,” but, being an Apatow movie, there are plenty of asides and scenes that would have been cut by directors who don’t make 136-minute comedies. There’s a truly weird robbery scene, a visit to campus to see Scott’s sister Claire (Maude Apatow), and a final act that finally gets to the development that’s been arrested, and takes place largely at a fire station. Apatow’s comedies have been too long and shapeless for some time now, but “The King of Staten Island” leans into both of those flaws, sometimes feeling like it’s intentionally lackadaisical and urgency-free in a way meant to mirror its protagonist’s worldview.

The problem is that Scott is introduced with extreme urgency in what could be called a suicidal moment. He’s driving down the freeway when he closes his eyes and speeds up, only opening them at the last second before what would likely have been a deadly crash. So one thinks that “The King of Staten Island” is going to present a character dealing with depression and trauma instead of just another slacker comedy, and Davidson and Apatow simply drop the ball in that department. It’s probably because they wanted to keep things light but Scott ends up a non-character—the way he responds to people like Maggie and Kelsey feels dictated by where the movie needs to go in terms of story instead of something genuine. Davidson, and the entire script, never really figure this guy out, and so we don’t care about him either. I felt like I was getting further and further away from that tone-setting opening scene instead of figuring out why Scott would do something reckless and possibly deadly.

Around the flawed center of “The King of Staten Island” is a sporadically entertaining movie. Burr and Tomei have strong chemistry and it’s nice to see two actors who don’t work enough playfully bouncing believable characters off each other. Powley does a great deal with very little, turning the jilted girlfriend archetype into something real. And Pamela Adlon shows up as Ray’s ex and feels like she’s actually done the work to invest even a small role with back story and believability that the center of the film is simply lacking. Finally, Steve Buscemi gets a sizable chunk of the final act and nails his scenes. He always does.

At one point someone says to Scott, “You are so crazy that you make everyone around you feel fucking crazy,” and I wanted to see that movie. I wanted to see the movie about the traumatized, depressed man-child who takes the world around him down with him, or figures out how not to do so. “The King of Staten Island” is afraid to be that serious. And it wouldn’t be so disappointing if the film’s toothlessness were replaced with genuine laughs. Forget all the missing thematic depth or character—“The King of Staten Island” just isn’t nearly as funny as the best of Apatow or even Davidson’s stand-up material. It’s lost in a tonal valley, unsure of how to wring comedy from trauma and depression, but also unwilling to really consider either. 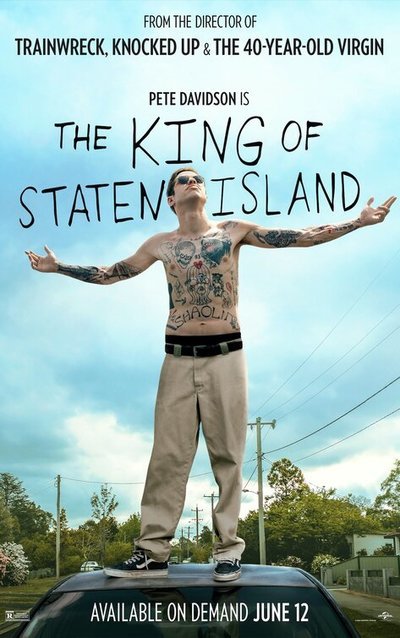 Rated R for language and drug use throughout, sexual content and some violence/bloody images. 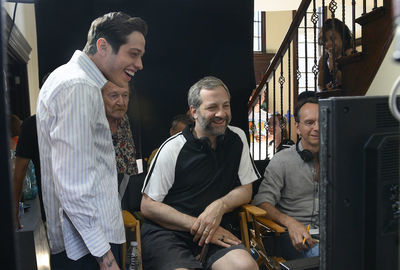 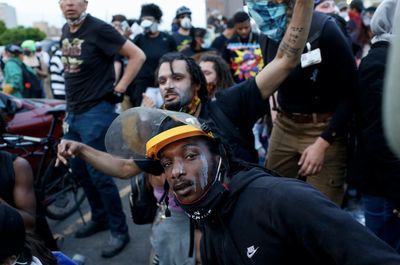 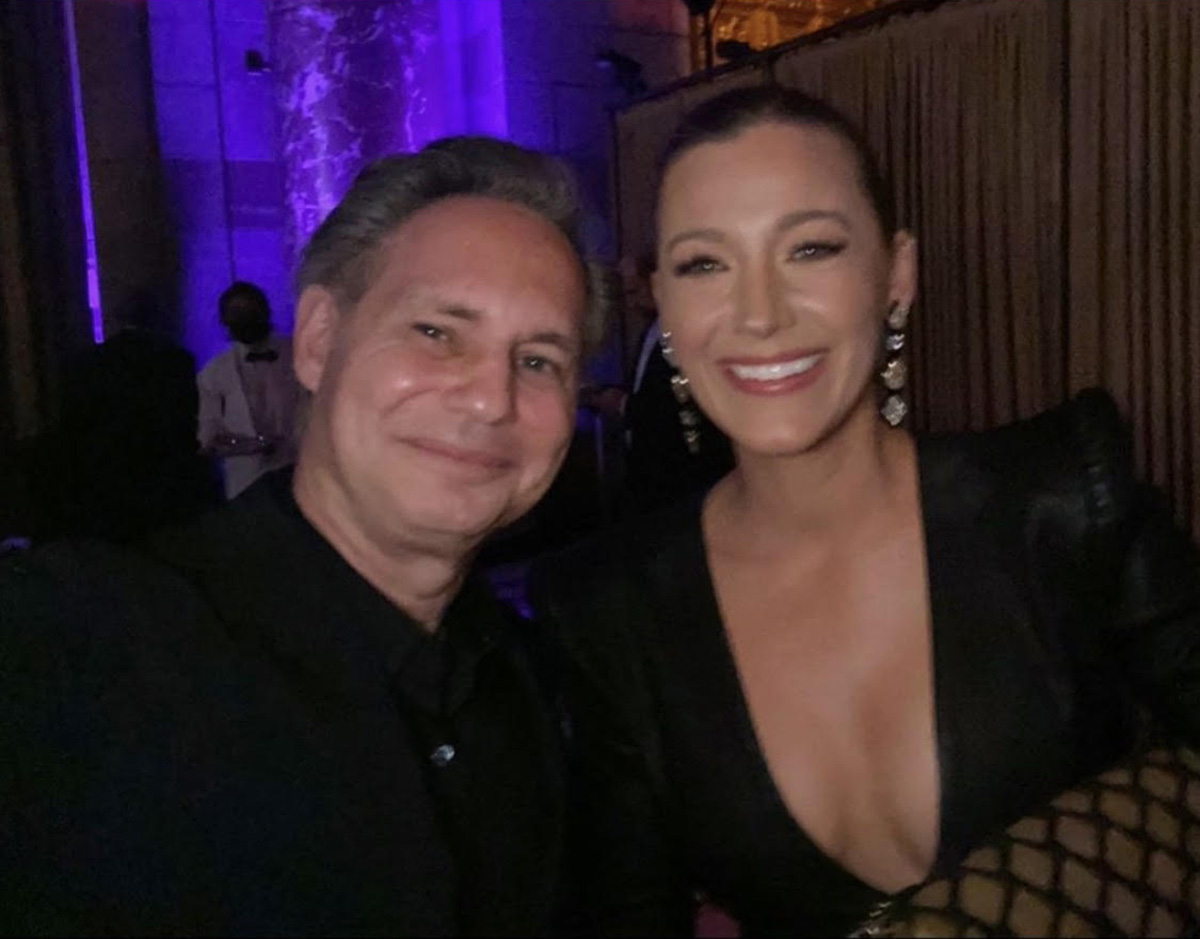