“#The horrors and benefits of human conflict”

Renowned historian Margaret MacMillan explores war’s significance and legacy—and what she’s worried about right now
A professor at Oxford and great-granddaughter of British prime minister David Lloyd George, Margaret MacMillan is a leading expert on 20th-century power politics. The Canadian historian, 76, is the author of Paris 1919: Six Months That Changed the World, winner of the 2003 Governor General’s nonfiction award, and The War That Ended Peace: The Road to 1914. Her newest book is not about one particular struggle, but organized violence itself. War: How Conflict Shaped Us distills a career and lifetime of thinking about war’s significance and legacy, from its origins through our attempts to “control the uncontrollable” to its place in our imagination and memory.

Q: Despite thousands of years of commentary, yours and others, you express a worry—if that’s the right word—that we still don’t know enough about essential matters, from preventing a slide into war to stopping a war that has started. And how we may thereby blunder into a conflict that will wreak more destruction and death than ever.

A: It does worry me. We need to recognize how accidents happen. People don’t always get into wars fully intending to do so. Or they think they can have a neat, controlled war, when war has its own momentum. It worries me in the South China seas, where American and Chinese warships are getting awfully close to each other. What if they bump? What if someone gets sunk? I don’t want to be too pessimistic, but I think we in the West have gotten used to a world where war happens elsewhere.

Q: Speaking of complacency, it seems that as long as Kim Jong Un stays quiet, we don’t even talk about nuclear weapons anymore. They are more normalized than they have ever been.

A: I sometimes think we can only worry about so many things at once—we’ve got COVID-19, we’ve got climate change, we’ve got cyberwar—but we really shouldn’t forget about nuclear weapons because there’s a real danger of proliferation. Nor forget that China and the U.S. are nuclear powers. And what’s also very worrying is the militarization of space. There was a test not long ago that looked like the Russians trying to shoot something down in space. And when you start war contingency planning on the basis of “We’re not really going to do this, of course, but just in case . . .” They’re doing that now in Beijing and they’re doing that in Washington. You can begin to get locked into a certain way of seeing the other side.

Q: That brings to mind the Long Peace, the absence of war in the developed world for 75 years. Could we be in the position of Europe in 1914, where—a century after Waterloo—people had forgotten how terrible war can be? Do you see parallels in attitudes now and in the years before 1914?

A: The feeling that it can’t happen here is similar, that war happens elsewhere—a colonial war for them; something in the Middle East or a failed state for us—but not in the developed world. It’s dangerous thinking because in 1914 people then found themselves in a war they couldn’t get out of. Also, there were large peace movements before 1914 like there are now, while popular culture in both eras celebrates valour and manliness. War is always tied up with gender—traditionally, if you’re a real man, you’ll go and fight.

Q: Most war now is civil, not between nation states.

A: And they are the worst for most of the population, given the sheer level of barbarity. In internal wars it’s often normal, quite legitimate, to kill babies and helpless people on the other side because they’re part of something you hate. It’s very difficult to end them because there isn’t a single enemy who can be beaten like in the Second World War. Somalia hasn’t ended and Iraq hasn’t ended. Afghanistan hasn’t ended. And it’s difficult to see how they will until everyone’s exhausted or some warlord manages to impose rule. And they are always at risk of coming back. I was in Spain a year ago when they were exhuming [dictator Francisco] Franco’s body and moving it. I was staying with some emish friends from families who had supported the Republic and were on the losing side in the civil war. They kept saying, “We are just opening everything up again.”

READ: A new book calls on Canadians to mobilize for the climate crisis like World War II

Q: On the question of war’s origins, do you lean toward inherent or learned? There were points in War where you seemed to find humans more aggressive chimpanzees than peaceful bonobos.

A: I’m not sure. Culture does play a huge part. We may be inherently aggressive, like the chimpanzees, but we plan and use our aggression in organized and directed ways. We’ve probably bred a lot of the aggression out of ourselves, as Richard Wrangham’s The Goodness Paradox argues, but that doesn’t mean we’re any less deadly. War, for all the blundering into particular conflicts, is not impulsive. War is something that’s planned for, probably the most organized of human activities. So it actually doesn’t matter that much whether we have aggressive tendencies, compared to the fact that we have developed them as a tool that some of us still think we can use. Culture is very, very important.

Q: It is often very hard to tell our culture and our nature apart—our cultural DNA runs almost as deep as our genetic. But one way or another, whether it’s cultural or innate, war is not an aberration?

A: I don’t think it is. I’ve given a few talks recently and people ask, “Why do you want to study war? We should be studying peace.” And I reply, “Because war is so deeply wound in our history.” I don’t think peace is necessarily the usual state of affairs and wars the oddity, not when it’s so embedded in our thinking and in our language. Like “flash in the pan” or the medical metaphors—I’ve always disliked reading that someone lost the battle with cancer, which makes it sound like they just didn’t fight hard enough. It permeates politics: the election campaign, the battleground states, the war room.

Q: Maybe Prussian general Carl von Clausewitz had it backwards, and politics is the continuation of war by other means. You don’t shy away from considering war’s benefits.

A: It’s one of those uncomfortable things that war is often good for economic development, scientific development, social change. The number of measures brought in during the last war to protect labour or protect women and children, the economic advances of women, the social benefits—most of those outlasted the war. The U.K. got a welfare state because of the Second World War. That was true of a number of other countries. Looking back, I don’t think the United States was ever so prosperous and united as it was at the end of that war. Even the rich understood that they had to pay taxes and chip in, and if they didn’t understand it, they didn’t have much choice. Similarly, if anything good comes out of the pandemic, it will be that we’ve recognized the injustice of the inequality in our societies.

Q: You have chapters on war art and war in memory, which are tightly connected.

A: A lot of great art is anti-war, but a lot isn’t—the Iliad for sure, which just treats war as part of human life. From the First World War, we now remember Wilfred Owen’s anti-war poetry or Robert Graves’s Goodbye to All That as definitive works. But we forget that a lot of the memoirs, novels and poetry published in the 1920s treated the war as a glorious thing. There were so many regimental reunions, too. There are not many times in an ordinary life where someone will die for you, are there? All the studies show soldiers don’t fight for the great glorious abstractions but for their comrades. In Graves and in the war novels like All Quiet on the Western Front, the writers are unhappy on home leave; they want to get back to the people who really need and understand them, who they really need and understand. Our memories of war change over time.

Q: The living memory of the world wars is almost gone. When I was a child, everyone’s grandfather had been in the First World War and their father in the Second. Some kids had war-bride mothers, British women their soldier fathers had wed. It wasn’t until I was an adult that I realized many, many more of us were children of war marriages if not war brides—my parents, from different parts of Canada, would never have met otherwise. It’s as though the war had put the entire country in a box, shaken it up, and poured us out in new combinations.

A: It shook the whole world upside down. Now, you’re absolutely right. My mother wasn’t a war bride, but she came to Canada from the U.K. on a visit in the summer of 1939 with other school kids and she got caught. She showed us once in Sault Ste. Marie, Ont., where they were standing outside someone’s house and heard on the radio that war was declared. She couldn’t get home—she was 17 and my grandfather thought she was safer here, so he wouldn’t sign the necessary permission for her to get on a passenger liner. So she went to the University of Toronto and that’s where she met my father. The war shook them up, too. My generation is the last to know people, like both my grandfathers, who were in the First World War. When my generation goes, then that direct link will go as well. It makes me wonder how long we will go on memorializing the First World War. The Commonwealth war graves all over the world are beautifully looked after, while after Napoleonic wars, if the dead were buried at all, most of the gravesites are grown over. Is there a point at which we won’t talk about it as much? Because of time, or maybe because we’ll have other, more recent wars to talk about? I just don’t know.

#On the trail of causes of radiation events during space flight # MiamiCoin has now raised $24.7 million… but who will benefit? 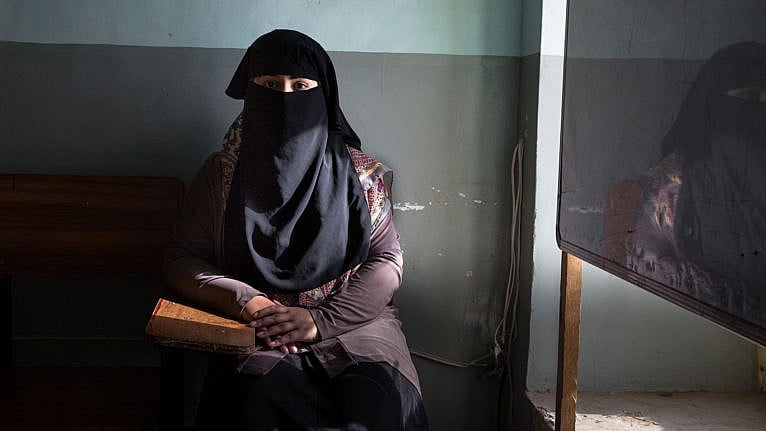 #The world left these Afghan women behind. Now they’re fending for themselves.