Welcome to Revisionist History, a column that has nothing better to do, we promise. In this edition, we’ll be taking a look at the unmade Star Wars: Underworld series.

The year is 2005. George Lucas has finally finished work on the Star Wars prequel trilogy following the release of Revenge of the Sith. Response to the latest films has been underwhelming, but Lucas is ready to move on to the next live-action project set in the galaxy far, far away.

It’s time to do something different, though. Lucas has no interest in making more Star Wars theatrical features. Furthermore, The Wire, Deadwood, and 24 have proven that the small screen is evolving. Television shows are becoming more cinematic in scale and ambition. Inspired by this wave of programming, Lucas decides that Star Wars should get in on the action.

Lucas admires the scale of those shows, but he’s also a fan of their gritty content and wants to apply those sensibilities to Star Wars. The galaxy is a vast universe that harbors all kinds of scum and villainy, and a show that explores its criminal underbelly makes sense. The project is subsequently titled Star Wars: Underworld.

The Star Wars franchise has roots in Westerns, samurai movies, and action-adventure serials. With Underworld, Lucas decides he wants to incorporate elements of film noir into his space saga. His goal is to present a new side to a familiar world, with less spectacle and more focus on characters and stories.

To bring his vision to life, Lucas enlists some of the best writers in the game, including Ronald D. Moore, Matthew Graham, Chris Chibnall, Terry Cafolla, Louise Fox, Tony McNamara, Fiona Seres, and Stephen Scaia. They start work in 2007, and periodically gather at Skywalker Ranch to pen scripts for a proposed fifty episodes

Having assembled some of the premier science fiction television writers, Lucas instructs them to think big and put their best ideas on the page. They can worry about their ideas exceeding the budget later on if need be. But this is a Star Wars show, and Lucas wants his writers’ imaginations to soar. Moore and Lucas engage in some heated arguments about Darth Vader, but disagreements are part of the creative process.

The writing sessions are productive, but Lucas and his team keep details of the story close to the vest for the most part. However, they do drop a few nuggets of information here and there to get fans excited. The story takes place between Revenge of the Sith and A New Hope, a period in which Jedis, politicians, and others who oppose the Galactic Empire are assassinated. It’s a crucial era in the galaxy.

But the rise of Emperor Palpatine and the Empire is merely the backdrop of the story. Underworld is a show that’s more interested in the gangs, crime lords, and rapscallions at the heart of Coruscant’s seedy underbelly. The show won’t be divorced from the franchise and its beloved characters, but fans can expect to spend most of the time with fresh faces and those who currently live on the periphery of the extended universe.

That said, word on the street is that the show will chronicle how Han Solo meets Chewbacca, and there will be cameos from Vader, Palpatine, and Boba Fett. Furthermore, the show will dig into Leia’s past and explain how she remembers her mother, who died during childbirth. Every Star Wars project needs some fan service, but Underworld will only supply it when it makes sense to the story.

Naturally, some familiar faces reprise their roles. Jeremy Bulloch (Boba Fett), Peter Mayhew (Chewbacca), and Ian McDiarmid (Palpatine) are the most notable names. The Force Unleashed voice actor Sam Witwer returns as Galen Marek, Vader’s secret right-hand man, which is a big deal to the nerds in the back. He isn’t the only actor from non-cinematic corners of Star Wars media to appear either, suggesting that Underworld is staying true to the wider canon.

One of the story arcs also involves some mysterious Rebels and their mission to steal the plans for an Imperial Star Destroyer. There is also civil unrest in Coruscant, and an uprising is brewing that the Republic wants to keep under control. While the show promises to be less action-oriented than the movies, there will be some daring missions and shootouts.

That all sounds fun, but Lucas also sees Underworld as an opportunity to explore everyday life in the Star Wars universe. What happens between all the space battles? What do the regular inhabitants get up to in their spare time? They like to pod race, gamble, and consume entertainment. Underworld promises to delve deeper into this aspect of the lore.

Underworld requires a sizable budget for each episode, but HBO makes the investment and the show hits the screen toward the end of the decade. The network wants to lead the charge when it comes to television on a cinematic scale, and Underworld fits the bill. Thirteen episodes are ordered for the first season, but of course, the network is willing to see this through until Lucas says it’s time to end the series.

Fans, meanwhile, are divided on the show. While some praise it for taking the franchise in a bolder, grittier direction, others miss the familiarity of the movies. Still, most agree that it’s better than the prequel trilogy, and Underworld raises the bar for prestige TV in terms of scope, proving that funding ambitious television can pay off in a big way.

Star Wars subsequently finds a new home on network television afterward, with Lucas expressing zero interest in making more adventures for the big screen. Never say never, but the Underworld is enough to keep him busy and creatively fulfilled for years to come. Disney doesn’t acquire Lucasfilm either, and the internet is a much quieter place as a result.

Other Star Wars projects find their way to the small screen following Underworld as well, bringing even more experimental elements to the franchise. Star Wars: Detours — a comedic animated series from the creators of Robot Chicken that also takes place between the prequel and original trilogies — arrives in 2012. That show brings a lighthearted spin to Star Wars lore, which helps restore some balance to the Force considering that Underworld is dark and grimy.

What really happens: Lucas and the aforementioned writers spend five years developing Underworld to no avail. The project is deemed too expensive to make and put on hold in 2010 after being rejected by HBO, ABC, and other networks. Disney then buys Lucasfilm in 2012 and inherits the rights to the franchise, spawning a new movie trilogy, spinoffs, and other shows.

Some of the ideas that were originally considered for Underworld find their way into Rogue One and Solo, and in 2019, The Mandalorian series becomes the first live-action television project in the Star Wars franchise. Lucasfilm head Kathleen Kennedy doesn’t rule out the possibility of Disney resurrecting Underworld, but the company seems more interested in developing other projects set in the galaxy far, far away. 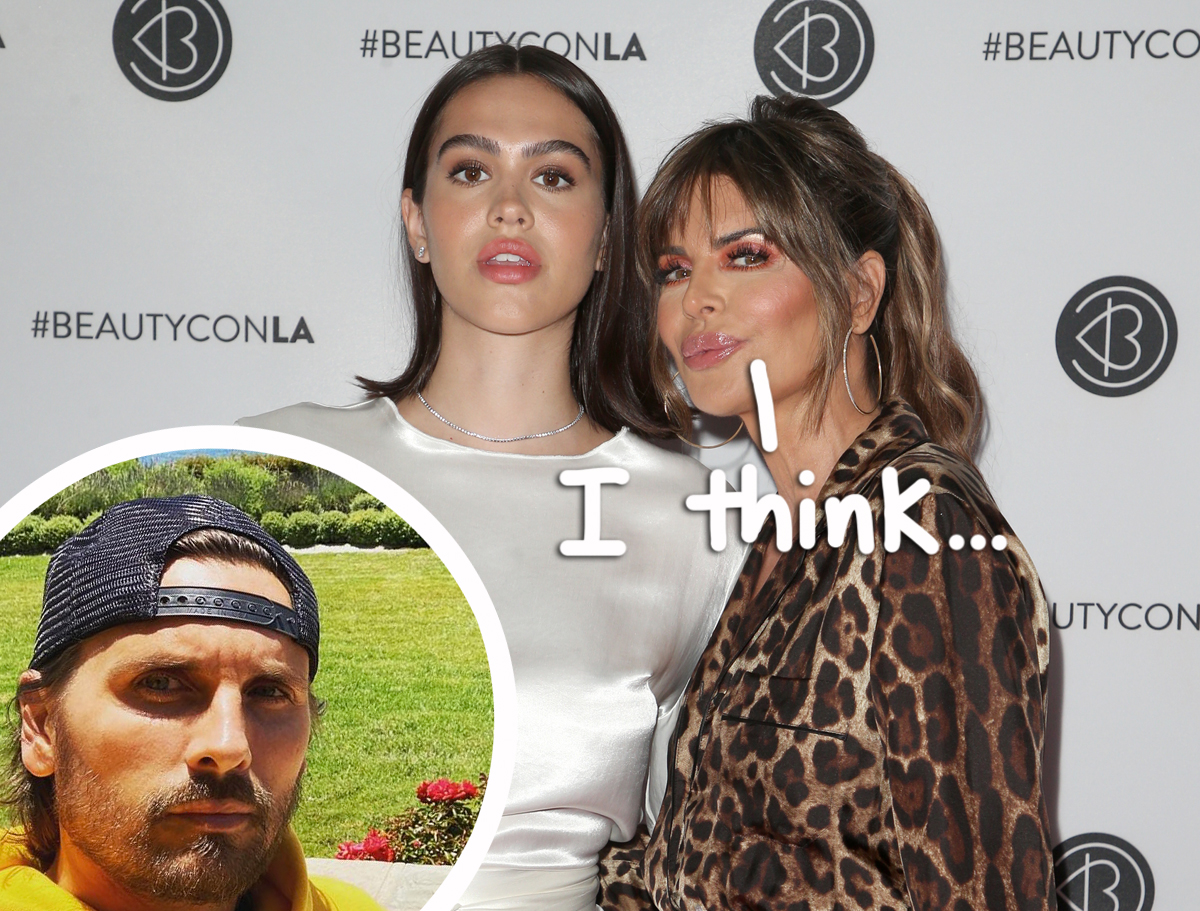 #Lisa Rinna FINALLY Comments On Daughter Amelia Hamlin’s Relationship With Scott Disick — But Does She Approve?

#What to Watch: Power Book II, The Duchess, L.A.’s Finest