Scores of high school students in Thailand took part Tuesday in anti-government protests sweeping the country — by giving a three-fingered “Hunger Games’’ salute during the national anthem at morning assembly.

“What we are witnessing is the beginning of a social revolution,’’ Bangkok political scientist Prajak Kongkirati said of the discontent — which included the students mimicking the sign of solidarity among the masses against their oppressive regime in the dystopian book and movie series.

Students from more than a dozen Thai high schools participated in the show of support for their country’s pro-democracy protesters, who have been holding rallies at university campuses nearly daily since last month. South Korea bolstered its social distancing restrictions Tuesday as the…

The protesters are demanding that Prime Minister Prayuth Chan-ocha, who came to power in a coup in 2014, step down and free elections be held.

“I want to show that I don’t like dictatorship and want true democracy,” said a 17-year-old high schooler who participated in a protest at her school Monday — and asked not to be named because she was afraid of repercussions from her teachers.

# Experts weigh in: Is DeFi dead or is it still the future of finance?

In addition to national issues, public school students also complained that they have to deal with restrictive traditions, including being forced to wear uniform haircuts.

#Alice Johnson, freed by Trump on Kim Kardashian’s advice, will speak at RNC #Keep Warm This Winter with Gundam-Inspired Down Vests 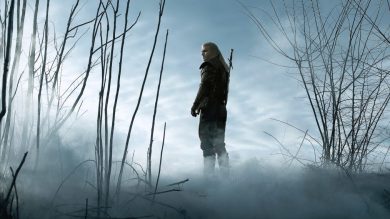 #What We Already Know About ‘The Witcher’ Season 2