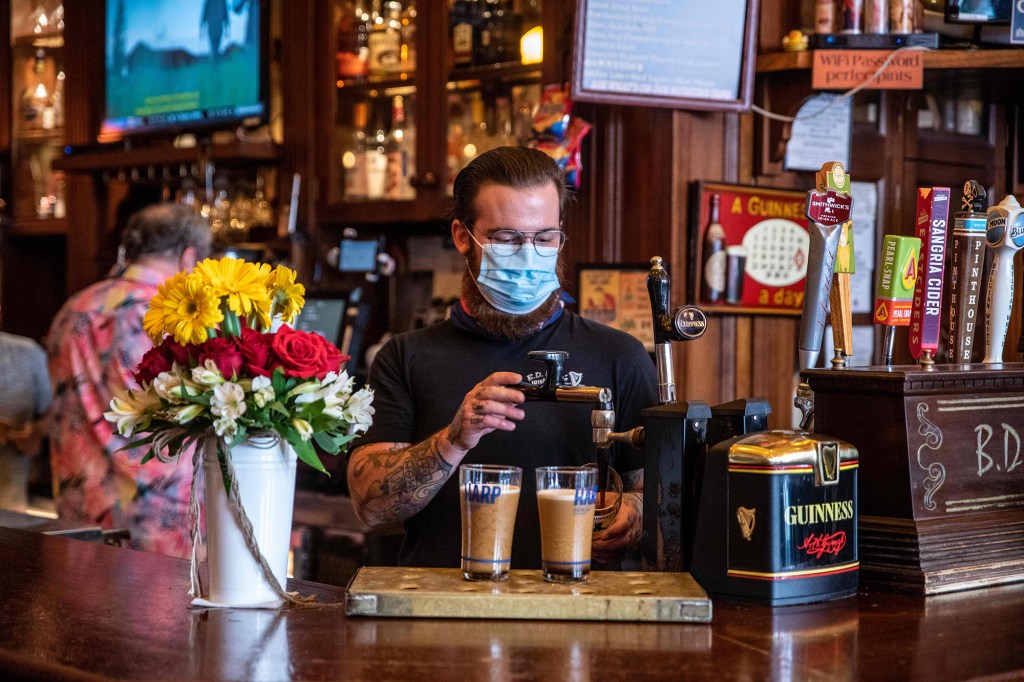 A bartender pours drinks for customers at a bar in Austin, Texas. 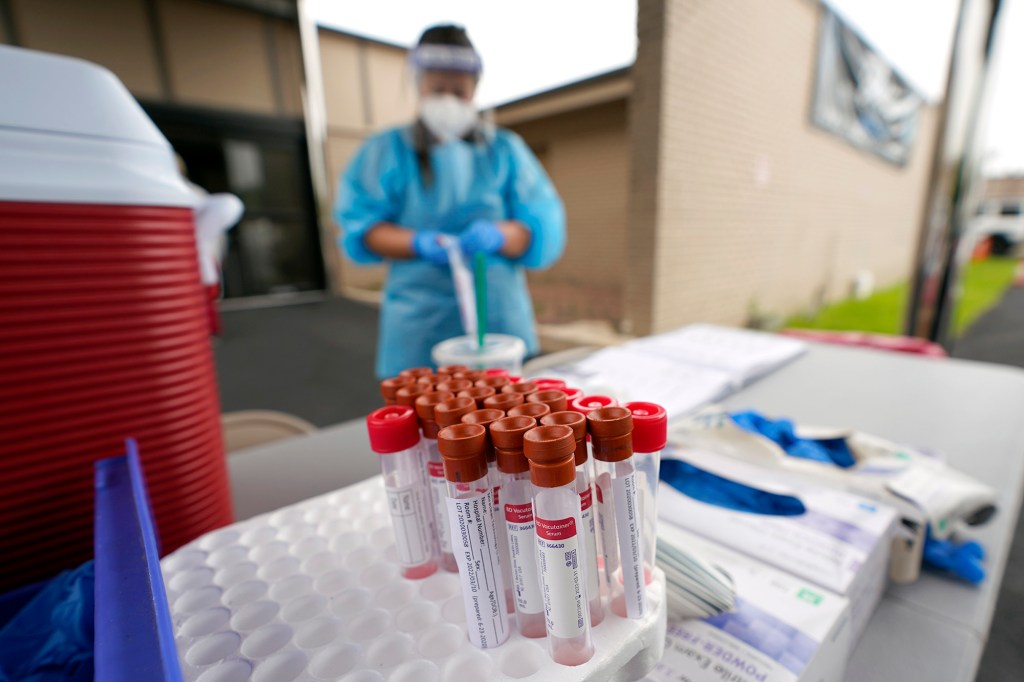 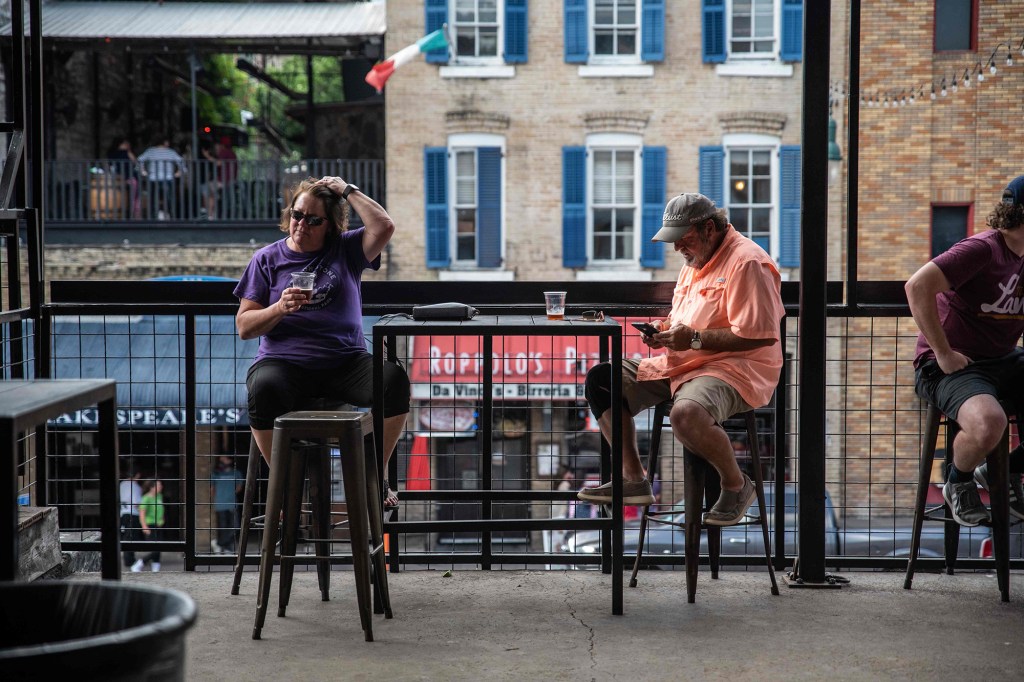 A couple sit at a bar in Austin, Texas.

Texas Gov. Greg Abbott has ordered bars in the state to close and restaurants to go down to half capacity, as the state has reported 17,000 new coronavirus cases in the last three days alone.

The Republican governor has also said that outdoor gatherings of 100 or more people must be approved and has ordered rafting and tubing businesses to close after people have been regularly flocking to popular river spots since the state reopened.

Abbot is also urging residents to stay home during what he has called a “massive outbreak.”

The order comes two months after the state was one of the first and fastest to reopen amid the pandemic.

“At this time, it is clear that the rise in cases is largely driven by certain types of activities, including Texans congregating in bars,” Abbott said. “The actions in this executive order are essential to our mission to swiftly contain this virus and protect public health.”

The state’s rolling infection rate also hit nearly 12% — a level not seen since the state was in a broad lockdown in mid-April and over the 10% threshold that Abbott said in May would be a “red flag” in his reopening plan.

Prior to the spike in new cases this week, Abbott remained reserved in his response to the growing number of cases over the past month. His announcement Friday comes as an abrupt reversal in light of the new alarming numbers. 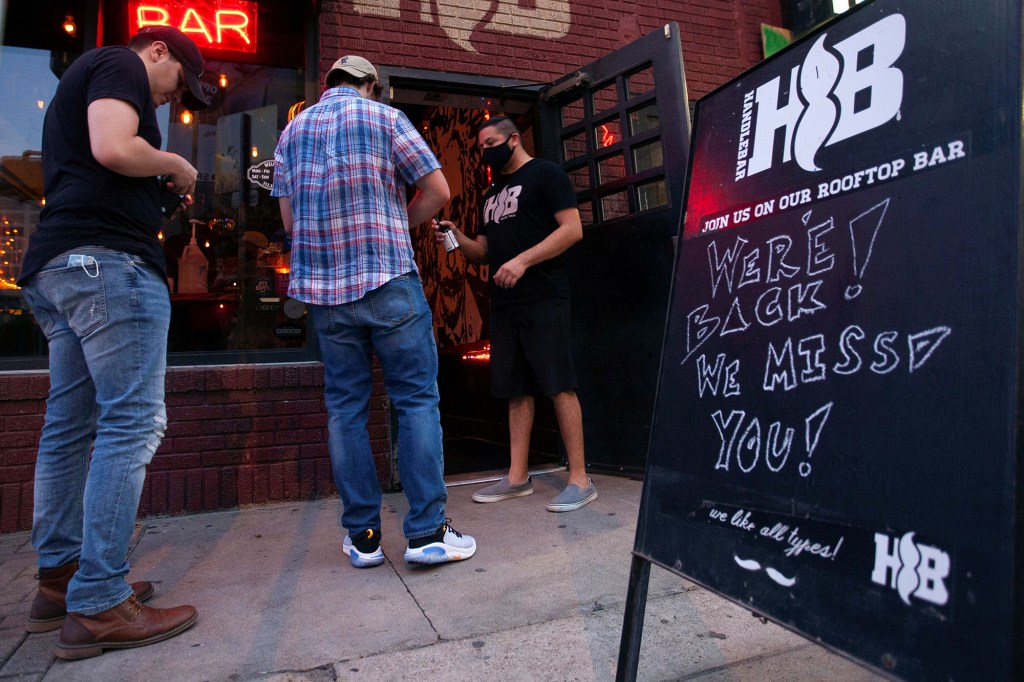 A bouncer sprays a guest’s hands with sanitizer outside a bar in Austin, Texas. 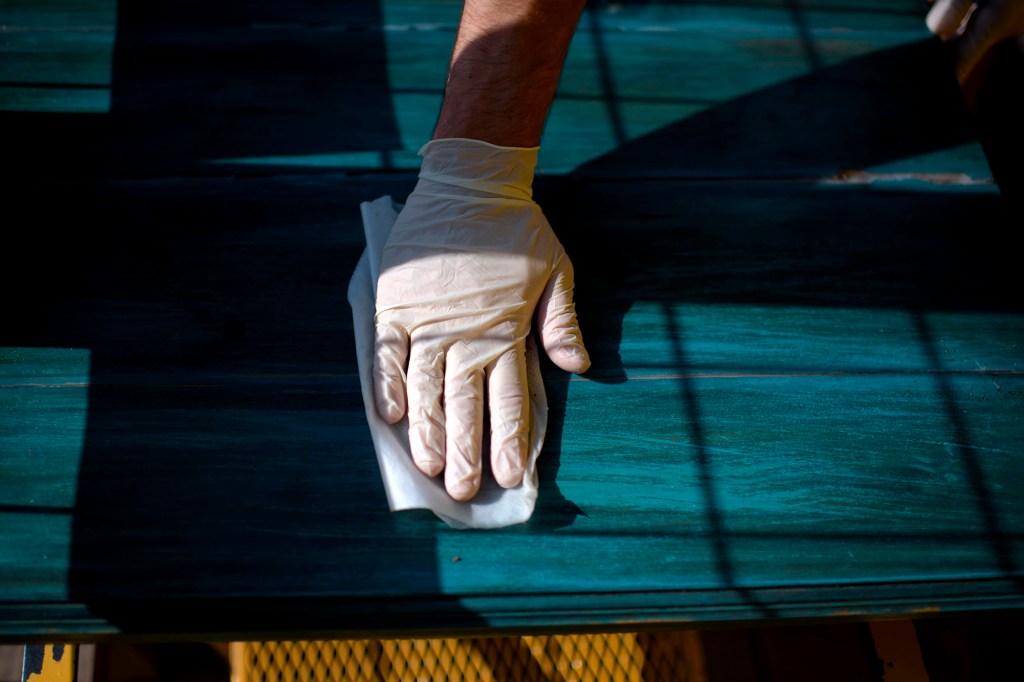 An employee wipes down a patio table at Under the Volcano in Houston, Texas. 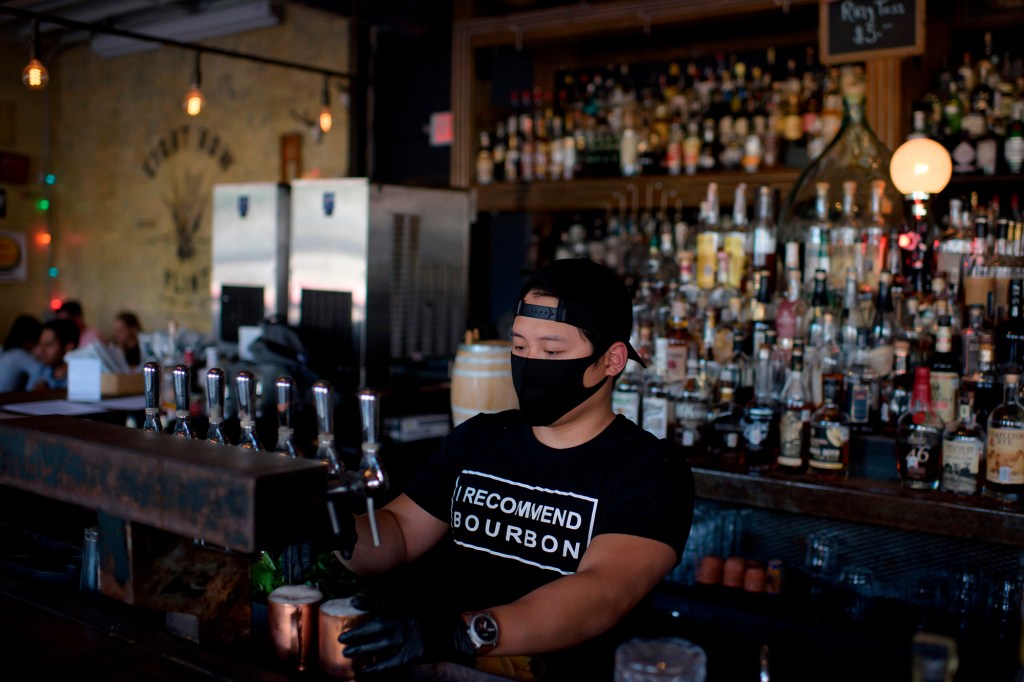 It also comes after Abbott announced Thursday the state would put its reopening on pause and told hospitals to stop all elective surgeries to free up space for a possible flood of COVID-19 patients.

Abbott did not say when bars would reopen.