Keeping Up With the Kardashians is preparing to leave the E! nest after 20 seasons. But fear not, because a new family has moved into the E! neighborhood. The Bradshaw Bunch is a series that follows Terry Bradshaw and wife Tammy. Along for the ride are daughters Rachel, Erin and Lacey and their husbands and children.

“He met my daughters for the first time. He just watched the girls and saw how they would handle themselves around me and how much fun we had together,” Bradshaw recalled. “He said, ‘Man, that would make a great reality show.”

Having already dipped his feet into the reality realm thanks to Better Late Than Never, the star was open to revisiting.  Bradshaw also saw how the project would benefit his family.

“It would be something that they did with their dad and can always go back to if they get melancholy. That was the main reason,” the proud patriarch said. “Jason and I sat down to formulate a plan. My wife came up with the name The Bradshaw Bunch, which was just going to be a temporary thing so we can do the pilot. It lasted. E! wanted the show.”

Here TB gives us a look at what to expect from the new series in its rookie season. We also got the legendary quarterback’s insight on the NFL”s return.

Was it difficult to get the family on board for The Bradshaw Bunch?

Terry Bradshaw: Rachel, the oldest, was familiar with television and shooting a show like this. She was easy. You put a camera on her, and she can sing like crazy. She is talented. This is really right in her wheelhouse. Erin is the baby of the bunch. The more cautious of the three girls. She was like, “I don’t know dad. What is this going to be like? I got to work, I got a job.” I told her just because we shoot the pilot doesn’t mean E! is going to take it. She was the one most reserved. Lacey is my stepdaughter, but I always call her my daughter. She was like, “Let’s do it.” She was easy. With Erin, we’d be filming on a Monday. She’d love it on a Tuesday. She wouldn’t love it after. It would go back and forth. It took a little bit of convincing for her.

Your granddaughter Zurie seems like a natural in front of the camera.

Zurie is the star of the whole show from what I’m hearing..She is smart. She is witty and has a cute personality and is gorgeous. She has her moments though. Don’t film her before noon. Before noon is not going to be good. It’s like taking baby pictures. You can shoot something maybe twice, and that’s it. She is going to want to give you what she has got, and then she is going to want to play. That’s what you would have with her, but she is funny.

Your reality show was filmed during COVID. What was that like?

It was tough because we started filming in February for about three weeks and then shut down. Our house was all lit up with lights. They were all left here for about three months before we came back and started filming again. It was typical COVID-19 protection. We had the masks, the testing, can’t go anywhere. Everything had to be shot here or at my house or Rachel’s house or Erin’s house or Lacey’s house. We were so restricted with the exception of one show we filmed in D.C. at the USO banquet. That’s when we had to shut everything down when we came home from that. It’s all primarily on the ranch.

It was harder to do, but next season hopefully we can move past this and get out and do more. We can only do so much on the ranch. How much can you look at horses and fishing. All that is wonderful, but there is so much we do in our lives more than this. Next year we can take on different places and themes. I haven’t seen any of the shows. I know what was shot, but I don’t know how it has been cut up yet. We got to get off this ranch. There is just way too much to do. This family is way too funny.

You can’t give everything away in the first season.

There is some funny and entertaining stuff. My kids are funny.

I love that you are willing to go all-in and dress up for a laugh and just be silly.

The girls know what I’m like and with the show, they’ll tell you there is no difference. One thing you can’t do is try to pretend and fake it. The honesty has to be there. It has to be real. The cameras capture that. People will know. This is who I am, and if you don’t like me, then you don’t like me. If you do like me, that’s good because this is who I am. That’s the way you have to do it. You have to be honest and not be afraid to be who you are. Some are going to like you. Some aren’t.

How does this experience compare to Better Late Than Never ?

That was a blast. You had Henry Winkler and [William] Shatner and George Foreman, Jeff Dye. I learned how to do reality TV by being with those guys. That was so much fun. So when this show came about, I knew what it was going to be like. My job was to tell everybody, “Look, this is how it’s going to go. We’re going to start filming. It’s going to be an all-day deal. It’s going to be a lot more work than you ever dreamed it would.” And it was. They were surprised by that. Then you got to do these interviews. It’s a lot of work. Then you tell them, “Look, when this airs on television this is going to be good with whatever you’re doing.” Erin is in the horse business. This is going to be good for Terry Bradshaw Quarter Horses and our bourbon company and our protection company. This promotes your brand. We’ll see how it goes. It can be scary.

You guys are putting yourself out there, but I think a lot of people need to smile right now. This show gives them a reason.

Life is tough. People are hurting. People need money. They need love. They need jobs. I hope this show takes them back a little bit and frees them up and laughs at us. We don’t mind. Laugh at us. Know that it’s going to be okay. Right now it’s a struggle, but it will be okay.

We are getting some slice of normalcy thanks to things like NFL season starting up. How did it feel to get back to talking football on a Sunday again?

It was great. We were all so excited to see each other. We didn’t know obviously if we were going to do football. We certainly know it was going to be played in empty stands. It was totally new for us. Just to be working and be around people you love. We all just laughed all day long. It was just like a big old family reunion.

Without a preseason and given the events of the first week of play, do you feel this season brings another layer of unpredictability?

Oh yeah. We’ve already had it. You had Philadelphia losing to Washington. You had the Cowboys losing to the Rams. You had Tampa Bay losing to New Orleans. You’re going to see the teams that have veterans and the same coach ahead of those who have new coaches, new quarterbacks. Those teams like [Tom] Brady in Tampa Bay are going to be really good though. But not having the preseason hurts all of these young teams. It’s going to take a little while. A team like Tampa Bay is going to be so good. Maybe in three or four weeks.

Teams like New Orleans, who you saw this past week, have been together and knew their offense and knew their personnel and played great. Rams from what I’m gathering played really good. Dallas got a new coach and had some controversy at the end of their game with the pass interference. There is so much unknown For when everyone had the Rams and Arizona at the bottom of the list and people stopped talking about them, here we are winning. But you’re going to see veteran teams play good and potentially good teams like Tampa come back strong and get better and better.

What have you taken from filming The Bradshaw Bunch ? Is there anything you learned about yourself through the process?

I can’t say I learned anything about myself. I learned about my family more than me. I’m 72. I’m pretty much emptied out my bucket, but I learned about my family quite a bit. I observed. I watched my girls. I watched my wife. I watched my grand-kids. I know what is going to work and not work. I know my family. Rachel, my daughter is back singing and happy again. Lacey is enjoying the whole process. Erin came around. It was more about learning from my family. My wife is a private person but having fun. I sat back and watched this unfold. I did enjoy that.

The grand-kids were a hoot. Watching Zurie take to that camera and basically walking off the set saying, “I’ve had enough of this.” I told them boys if you don’t get her before noon, you’re wasting your time. It was fun. Life is all about learning and looking at the bright-side and enjoying yourself. When this is all said and done, I hope my family is proud of it, and people get a kick out of seeing this

#Under B.C.'s dome of smoke and ash 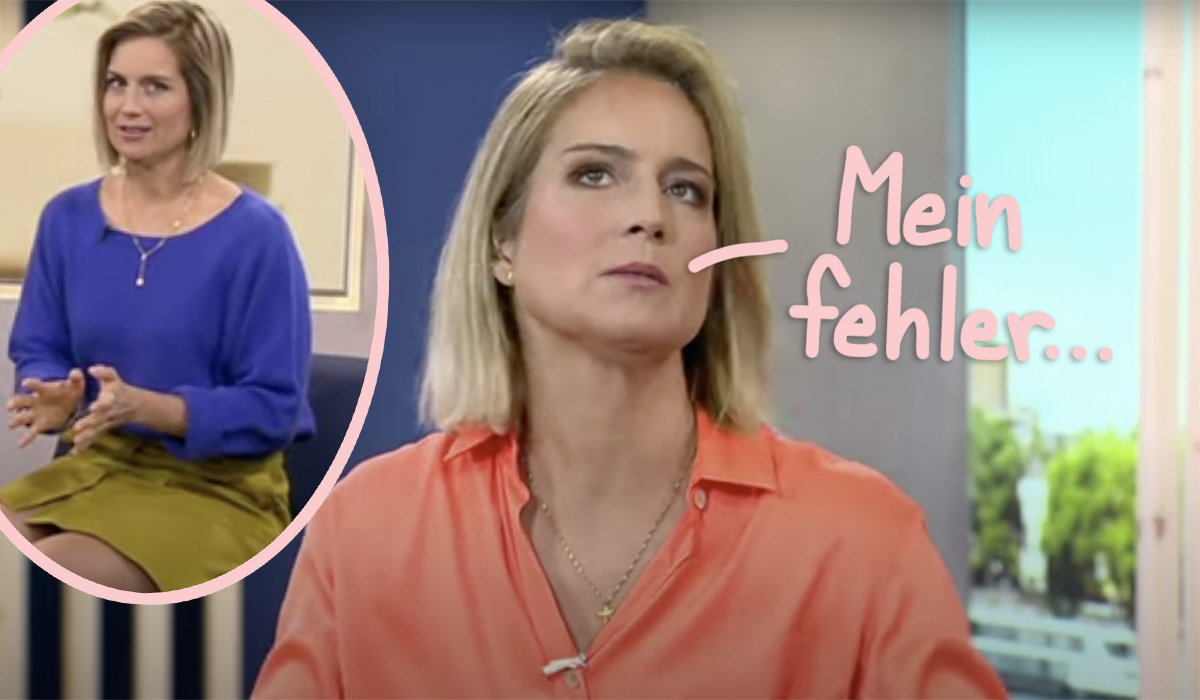 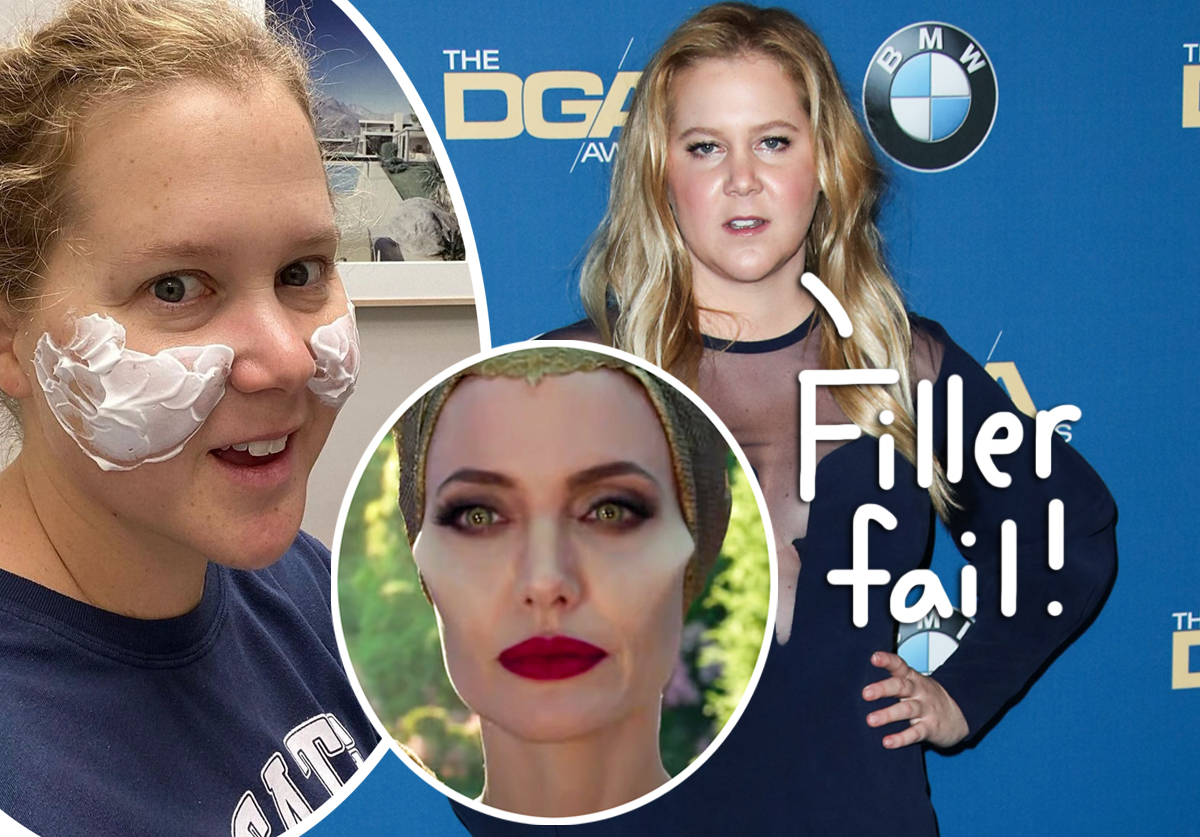 #Amy Schumer Got Botched Plastic Surgery & IMMEDIATELY Undid It: ‘I Looked Like Maleficent’ #Wonder Woman 1984 Is Only Opening in 40% of U.S. Movie Theaters This Christmas Weekend