If you’re not a kid or don’t have kids, you might not be familiar with Guillermo del Toro‘s Tales of Arcadia fantasy world that DreamWorks Animation has been bringing to life at Netflix. So far, the world has been comprised of three seasons of Trollhunters and two seasons of 3Below. Now the Tales of Arcadia are coming to an end with a new series to complete a sort of trilogy.

Tales of Arcadia: Wizards follows wizard-in-training Douxie (Colin O’Donoghue) and the heroes of Arcadia as they embark on a time-bending adventure to medieval Camelot that leads to an apocalyptic battle for the control of magic that will determine the fate of these supernatural worlds that have now converged. You can watch the first Tales of Arcadia: Wizards trailer for the new series below.

This trailer is dubbed as being for the first season, which would imply that there might be more than a single season of this series to wrap of the trilogy of shows Guillermo del Toro has created and executive produced. Thanks to his involvement, there’s such a rich mythology on display here, even if the shows are clearly geared towards kids. But who says children can’t enjoy great storytelling? We can’t just keep giving them Minions and Hotel Transylvania movies.

There’s an outstanding voice cast in this series too, and this new series includes the return of Emile Hirsch (Speed Racer) as Jim, Lexi Medrano (Trollhunters?) as Claire, Charlie Saxton (Bandslam) as Toby, Steven Yeun (The Walking Dead) as Steve, David Bradley (Harry Potter) as Merlin, Lena Headey (Game of Thrones) as Morgana, Fred Tatasciore (Teenage Mutant Ninja Turtles) as Aaarrrgghh!!!, Clancy Brown (The Mandalorian) as Gunmar, Diego Luna (Narcos: Mexico) as Krel, Mark Hamill (Star Wars) as Dictatious, and Kelsey Grammer as Blinky, a role for which he won an Emmy.

That’s already a hell of a line-up, but there are some new voices joining Tales of Arcadia too. Alfred Molina (Spider-Man 2) will play Douxie’s shape-shifting familiar Archie, Stephanie Beatriz (Brooklyn Nine-Nine) voices a troublemaking troll named Callista, James Faulkner (Game of Thrones) is the legendary King Arthur of Camelot, and John Rhys Davies (Lord of the Rings) is Galahad.

Tales of Arcadia: Wizards arrives on Netflix on August 7, 2020. 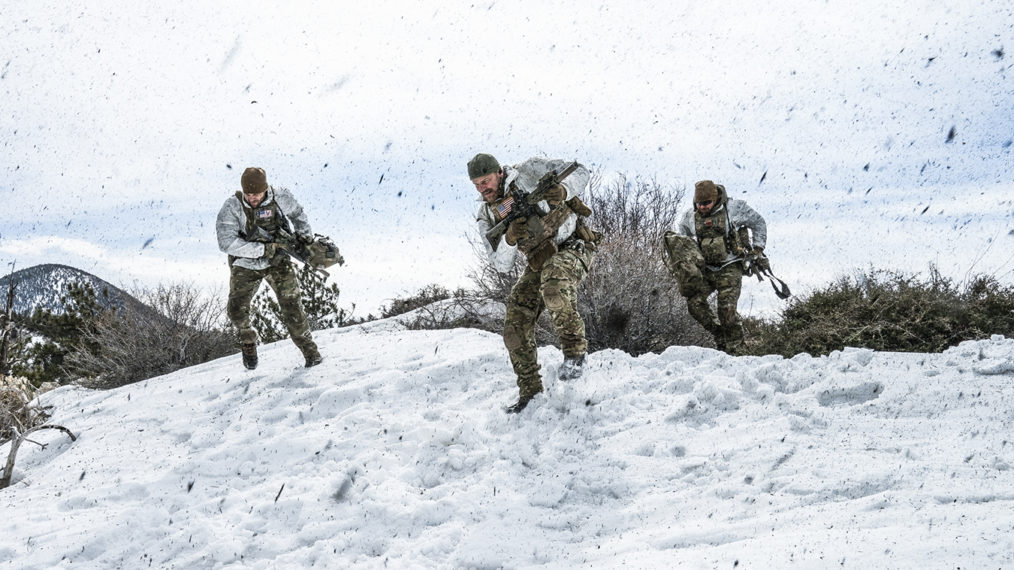 #’SEAL Team’: Is There Romance Beyond That Kiss for Jason & Mandy?