[Warning: The recap below contains major spoilers for Station 19Season 4, Episode 5, “Out of Control.”]

The Station 19 winter finale—Season 4, Episode 5, a.k.a. December 17’s “Out of Control”—at least started off on a joyful note, but the good times didn’t roll for long. At the start of the episode, the team celebrates their blazing-fast response times of late with an impromptu party at Maya’s (Danielle Savre) house—and Vic (Barrett Doss) flirts with Ruiz, her jogging buddy from Station 23, during a chance encounter at her parent’s Polish restaurant. But then Ben (Jason George) finds out that his mother-in-law died, as we saw on Grey’s Anatomy last week, and he has to break the news to his family.

And then, just as Dean (Okieriete Onaodowan) is telling Vic and Travis (Jay Hayden), that his estranged parents sent his baby daughter a giant stuffed bear as a “Trojan horse,” they hear a woman outside screaming for help. More on that later… Elsewhere, Robert (Boris Kodjoe) meets Richard (James Pickens Jr.) for coffee—“If you want to find the best coffee in any city, you ask a recovering alcoholic,” Richard quips—and gripes about his sobriety separation from Andy (Jaina Lee Ortiz). But Richard says there are no rules in 12-step programs—and that if Andy doesn’t make Robert crave drugs, there’s no reason for them not to be together. Cut to: Robert and Andy having sex on the floor of his old office at the station. And speaking of hookups, Jack (Grey Damon) and Inara (Colleen Foy) finally consummate their long-simmering sexual tension.

At his and Bailey’s home, Ben tells his stepson, Tuck (BJ Tanner), and foster son, Joey (Noah Alexander Gerry), that Tuck’s grandmother died. A grieving Tuck lashes out, telling Ben that he’s not his father. Ben is hurt, but his sister, Roz (V. Vieux), advises him to look past Tuck’s angry words, explaining that’s what fathers do: “They put aside their own big pain so their kids can have theirs.”

Later, Ben has a heart-to-heart with Joey, telling him that they should have a barbecue with Joey’s foster siblings when all of this is over. Then, Tuck comes in and teases Ben about his cooking—and apologizes for what he said.

OK, back to the case of the week. The screaming woman, Joyce, believes that her 13-year-old daughter, Jada, has been kidnapped and is being held captive in a nearby house. She explains that Jada had a sleepover with her friend Shanice, but both girls were missing in the morning, and Joyce traced Jada’s fitness tracker to that house, but the man who owns the house refuses to let them in. Joyce is especially panicked because three Black girls have gone missing from their neighborhood over the past year. The crisis hits Dean especially hard, since he’s the new father of a Black girl. Dean tells his colleagues that 70,000 Black girls and women are missing in America, 40 percent of sexual trafficking victims in the country are Black, and 50 percent of Black girls experience some form of sexual exploitation before age 18. The cops arrive around the same time that the Station 19 team smells a possible gas leak, and Maya says the scene is the firefighters’ jurisdiction. And as if on cue, the first responders notice fire coming from the basement windows.

The on-duty firefighters are too far way, so Dean and Robert head into the blaze without gear or oxygen. They hear the girls screaming for help from a locked room in the basement, and they bust the locked door down and rescue the now-unconscious girls.

7 minutes is too long. #Station19 pic.twitter.com/W1hPYLmcJH

Shanice comes to and tells her mom that they were kidnapped after being lured to a meeting spot by someone posing as an influencer, and that they started the fire in an attempt to save themselves. The kidnapper—sorry, alleged kidnapper—wants the girls arrested for arson, and unbelievably, one of the cops sides with him.

In the heat of the cops and the firefighters’ ensuing argument, the cops use excessive force against Joyce the firefighters—pinning Dean under their knees, throwing Andy against the pavement, and even drawing a gun on Robert. And in the end, Dean, Robert, and Joyce are taken away in the backs of squad cars, and all the other Station 10 teammates can do is watch, in shock.

To be continued on tonight’s Grey’s…

#As I Lay Dying Singer Tim Lambesis Set Himself On Fire! 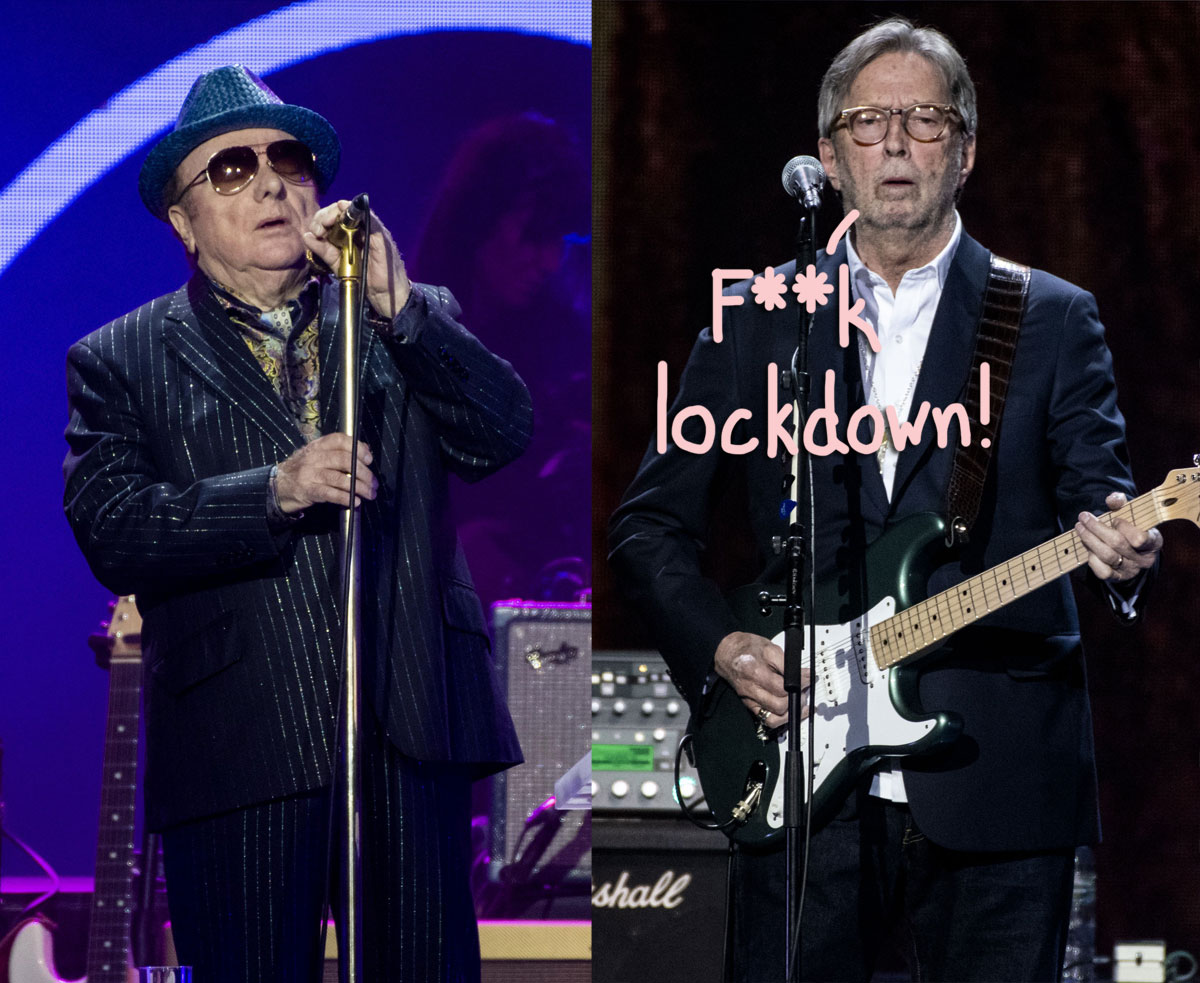