“#Some California wildfires double in size as thousands flee homes”

Some of the dozens of wildfires sweeping across California more than doubled in size in just one day — killing at least five and leaving tens of thousands fleeing from their homes.

Three different collections containing dozens of separate fires had by Thursday collectively scorched more than 780 square miles — well over twice the size of the Big Apple.

“Everything is gone,” distraught resident Nick Pike told CapRadio after he and three neighbors lost their homes in Vacaville, a town about 55 miles northeast of San Francisco that had to be evacuated.

The fires were sparked in part by a record-breaking heatwave and an estimated 11,000 lightning strikes recorded over the last week, mostly in northern and central California, with some doubling in size over 24 hours Thursday, officials said.

They have killed at least five so far, officials told the Associated Press, with including three civilians who died in Napa County and one in neighboring Solano County.

It wasn’t immediately clear whether the listed fatalities included a Pacific Gas & Electric utility worker who was found dead in Vacaville Wednesday while on duty helping clear electrical hazards for first-responders.

Earlier the same day, the pilot of a firefighting helicopter was killed in a crash during a water-dropping mission in Fresno County.

At least two other people were missing and more than 30 civilians and firefighters have been injured, authorities said.

More than 10,000 firefighters were on the front lines, including thousands arriving from neighboring regions, with National Guard troops also staffing hand crews and flying helicopters. Some C-130 military aircraft also had been outfitted as air tankers.

Officials were also alarmed that untrained locals appeared to be trying to band together to create volunteer brigades and fight the fire themselves.

“The dangers out there to their own lives outweigh anything they can accomplish,” Cal Fire spokesman Dan Olson said.

“They’re putting their lives in jeopardy.”

The fires have destroyed at least 175 buildings, including homes, and threatened tens of thousands more. 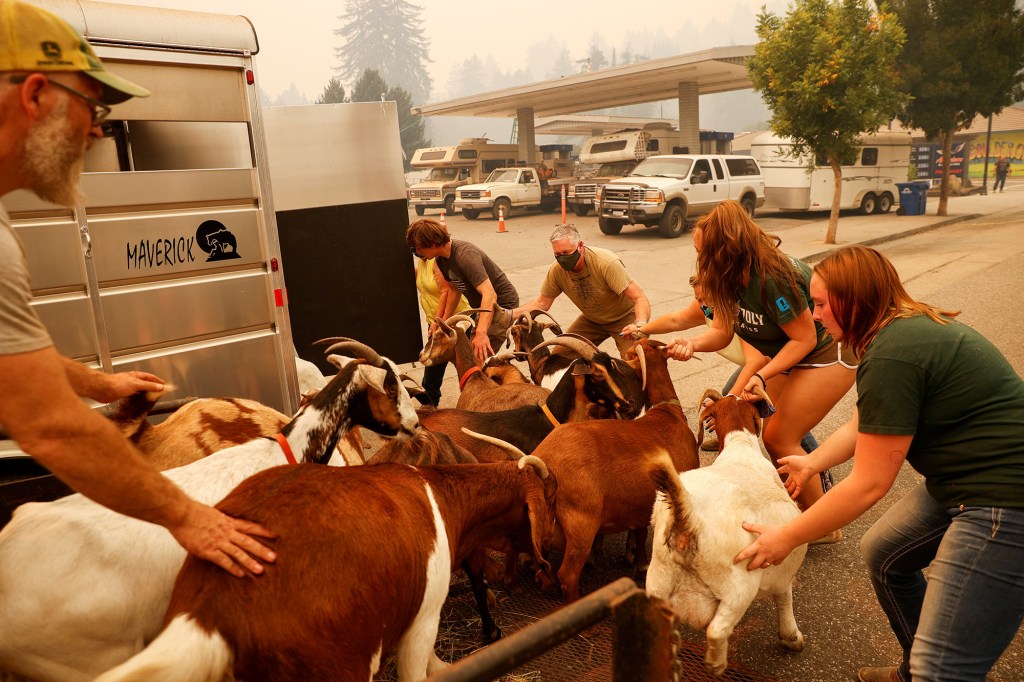 People guide a herd of goats into an awaiting trailer during the CZU Lightning Complex Fire in Boulder Creek, California, yesterday. 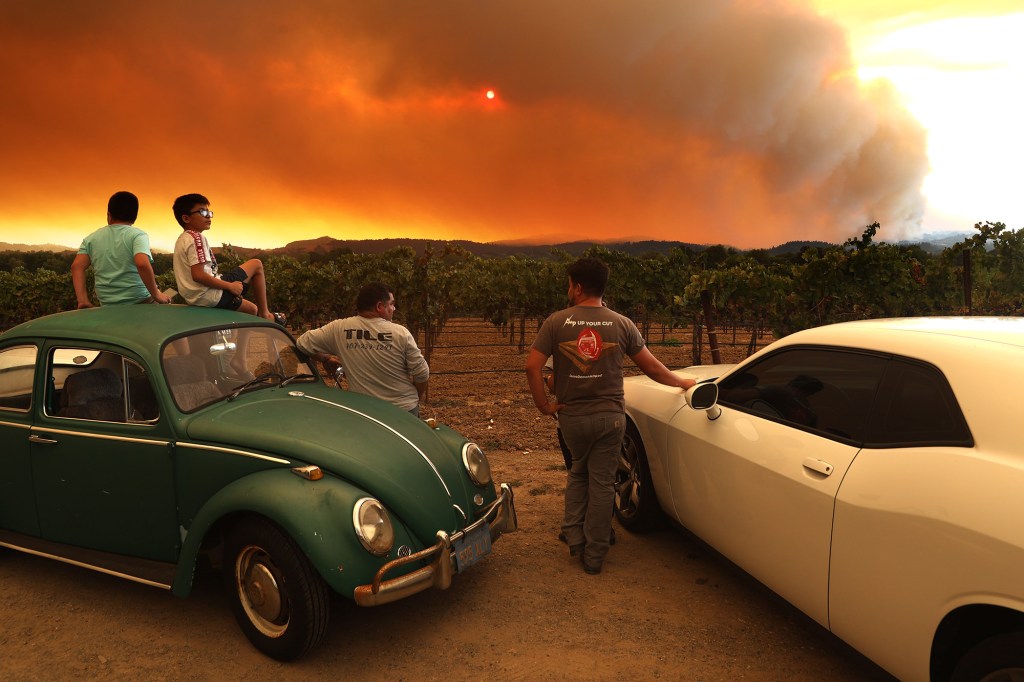 Local residents sit next to a vineyard as they watch the LNU Lightning Complex fire burning in nearby hills yesterday. 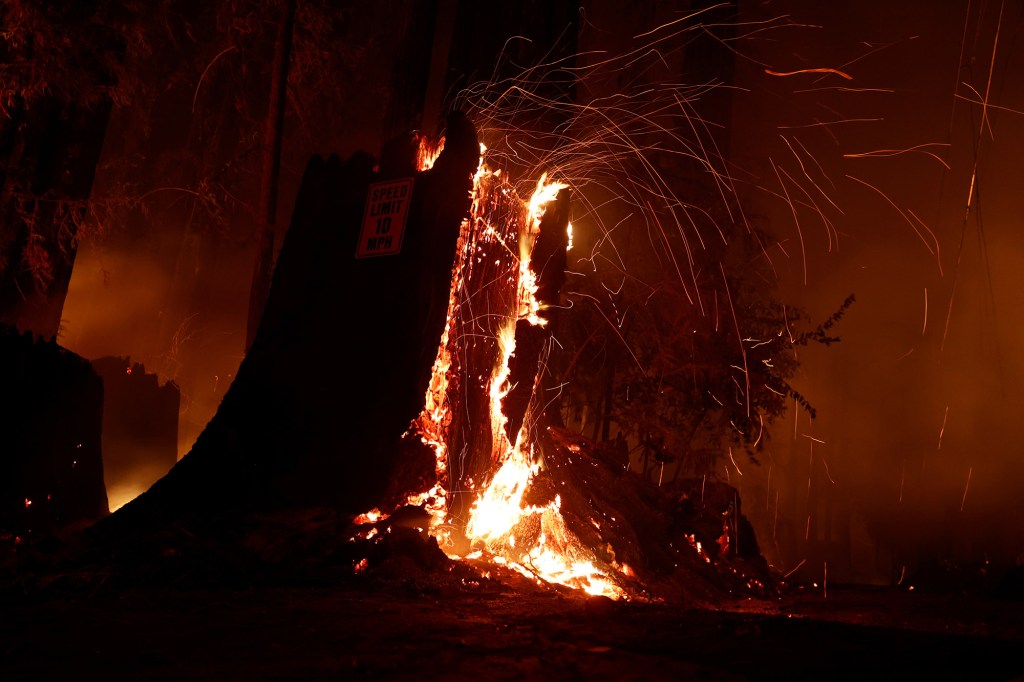 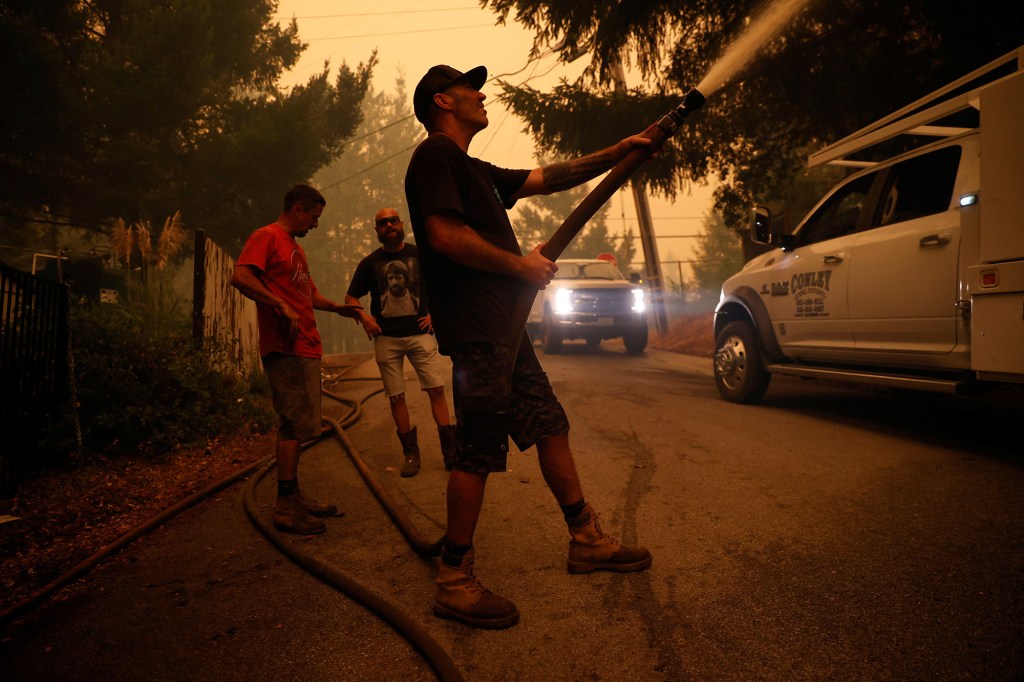 Dave Broome, who is among a group of friends who call themselves “Rescue One”, douses water on a structure during the CZU Lightning Complex Fire. 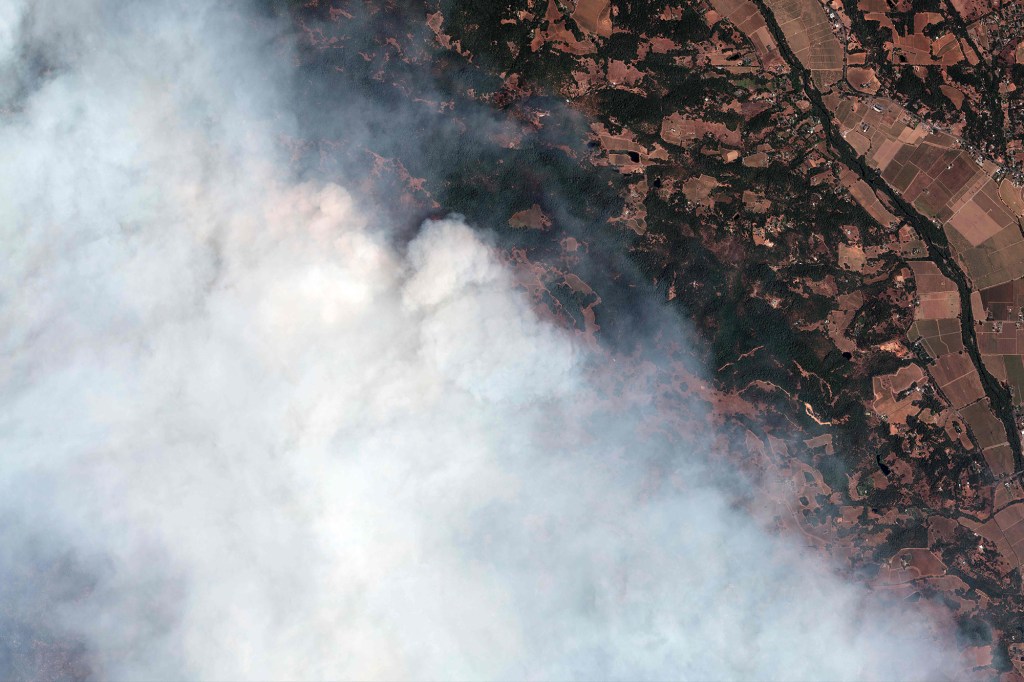 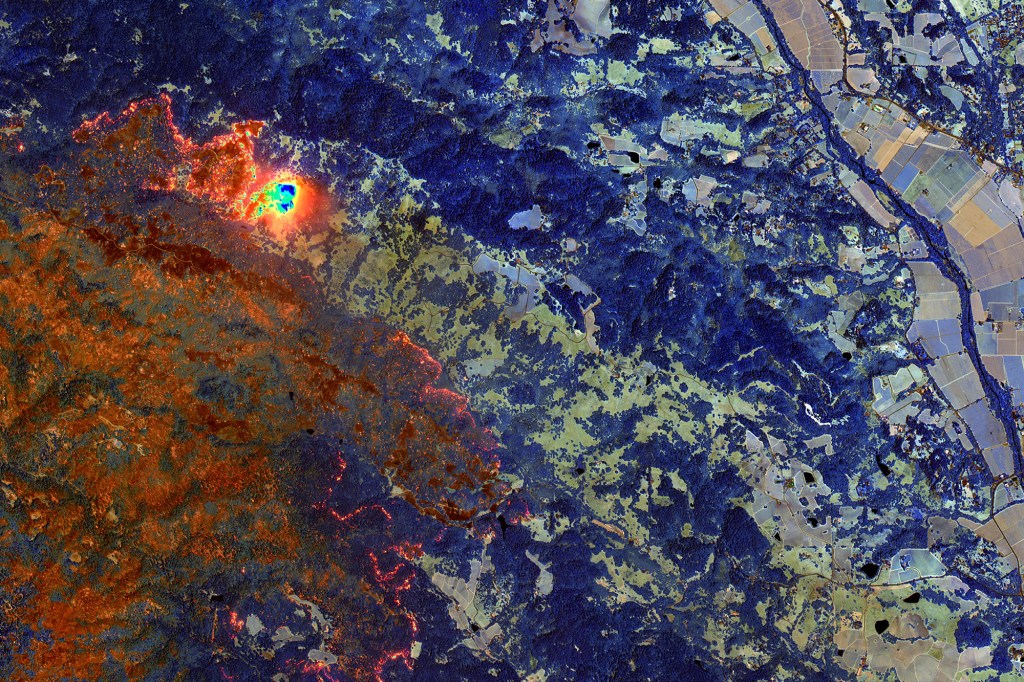 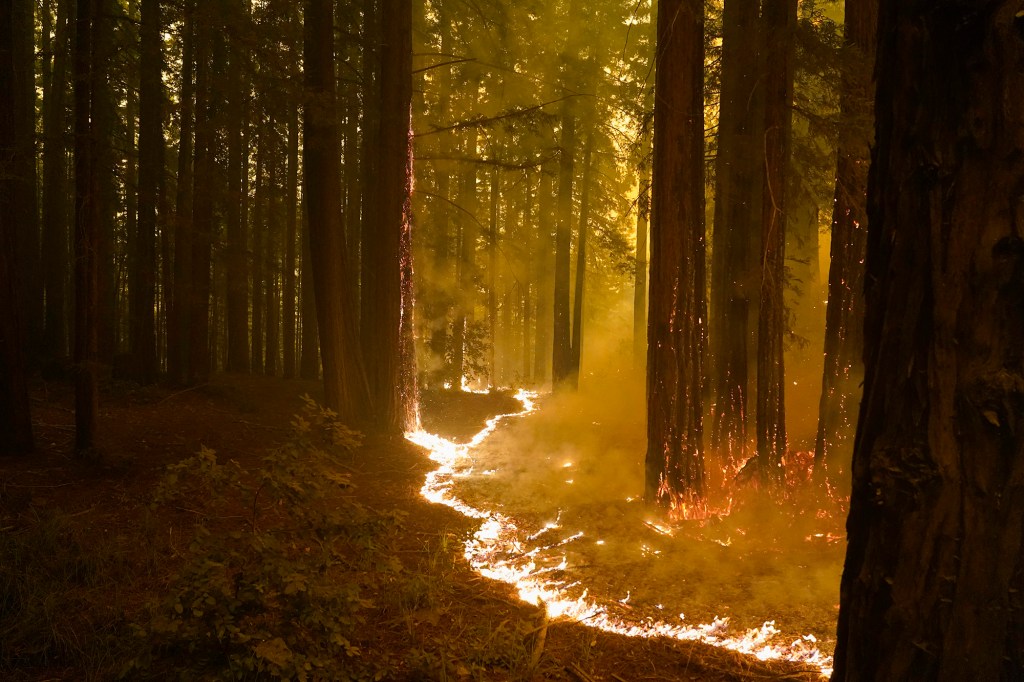 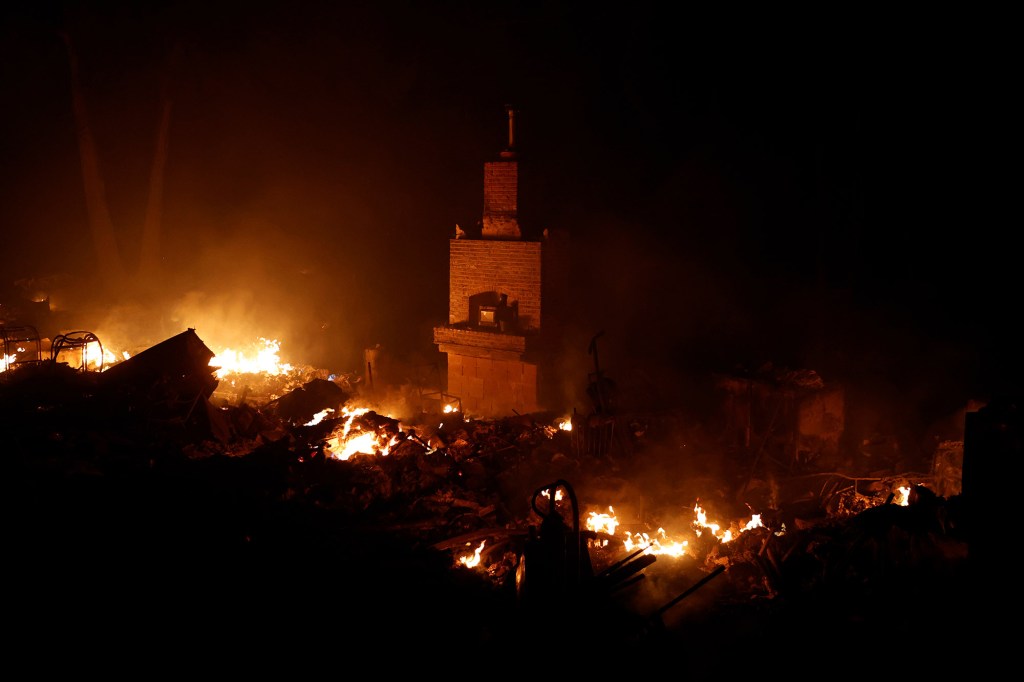 A home burns during the CZU Lightning Complex Fire in Boulder Creek, California. 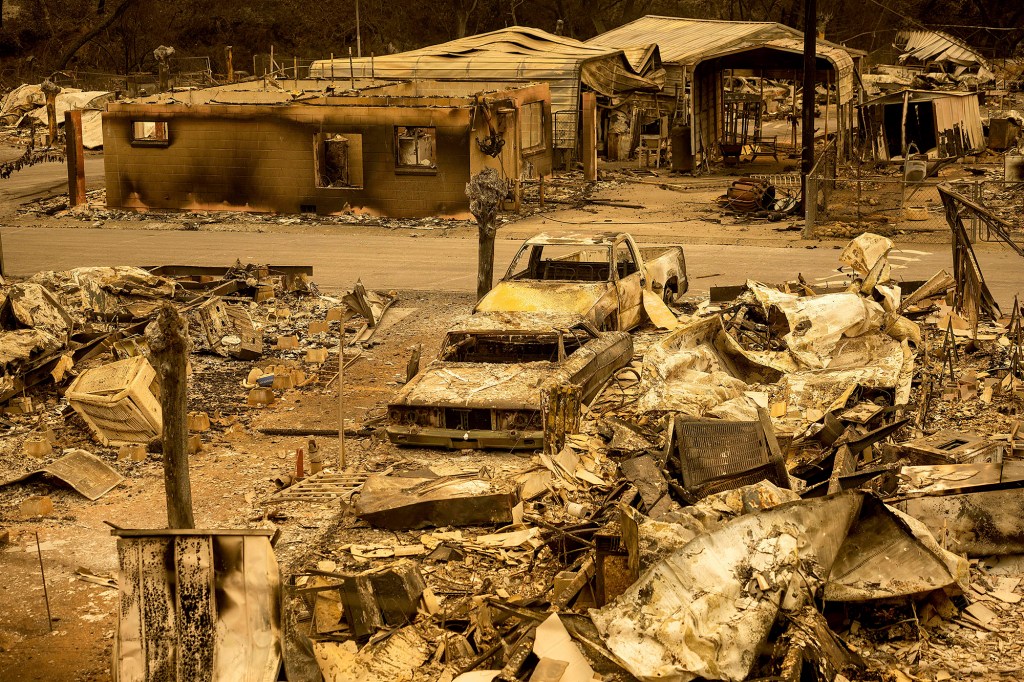 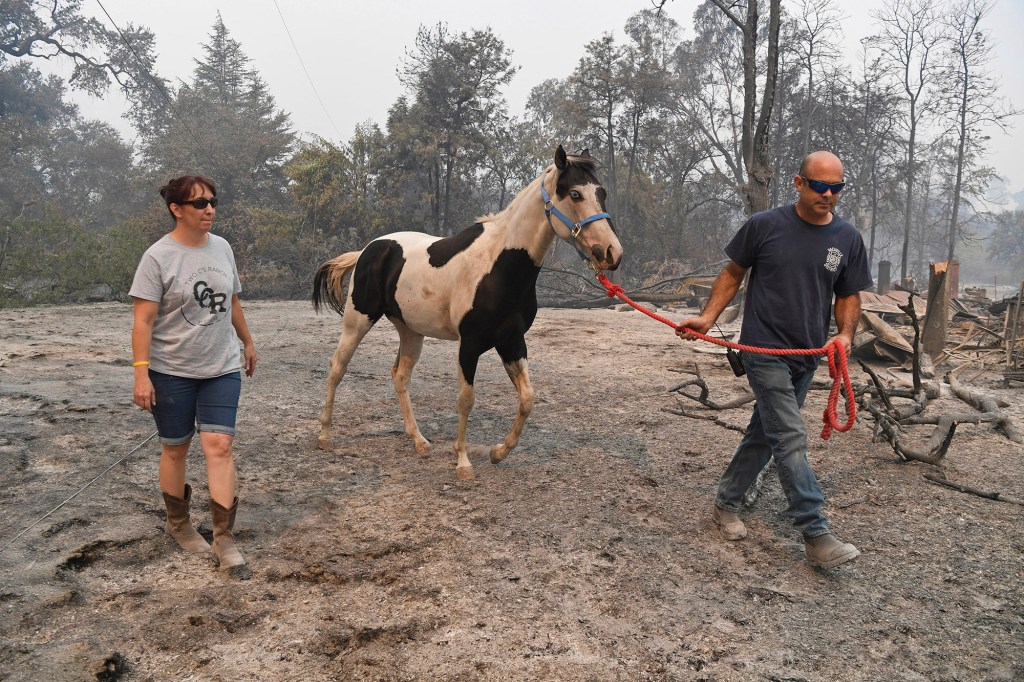 Chris Reiter, left, walks with her husband, Chris Garcia, as he leads a horse to safety in Vacaville, California. 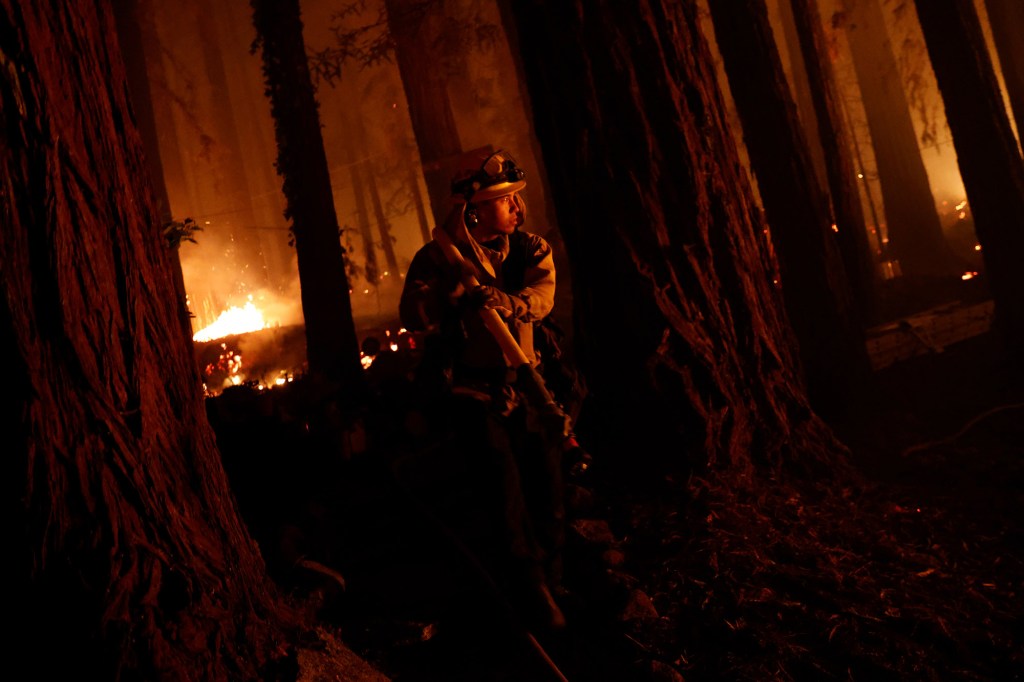 Cal Fire firefighter Anthony Quiroz carries a hose as he defends a home during the CZU Lightning Complex Fire in Boulder Creek, California. 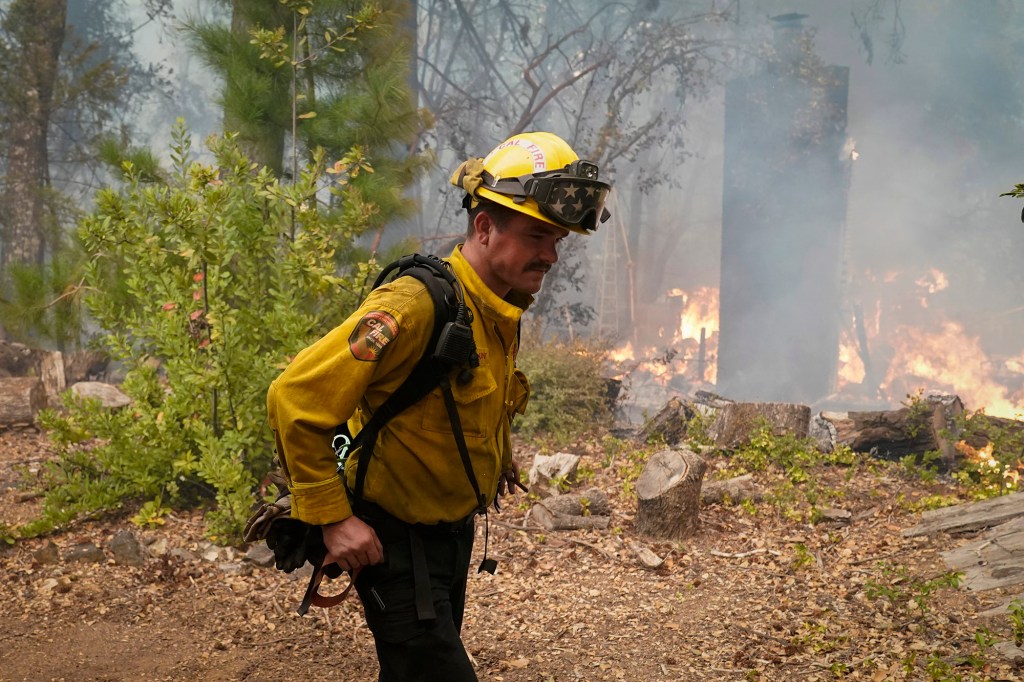 A firefighter walks past a burning home as the CZU August Lightning Complex Fire causes damage to property yesterday in Bonny Doon, California. 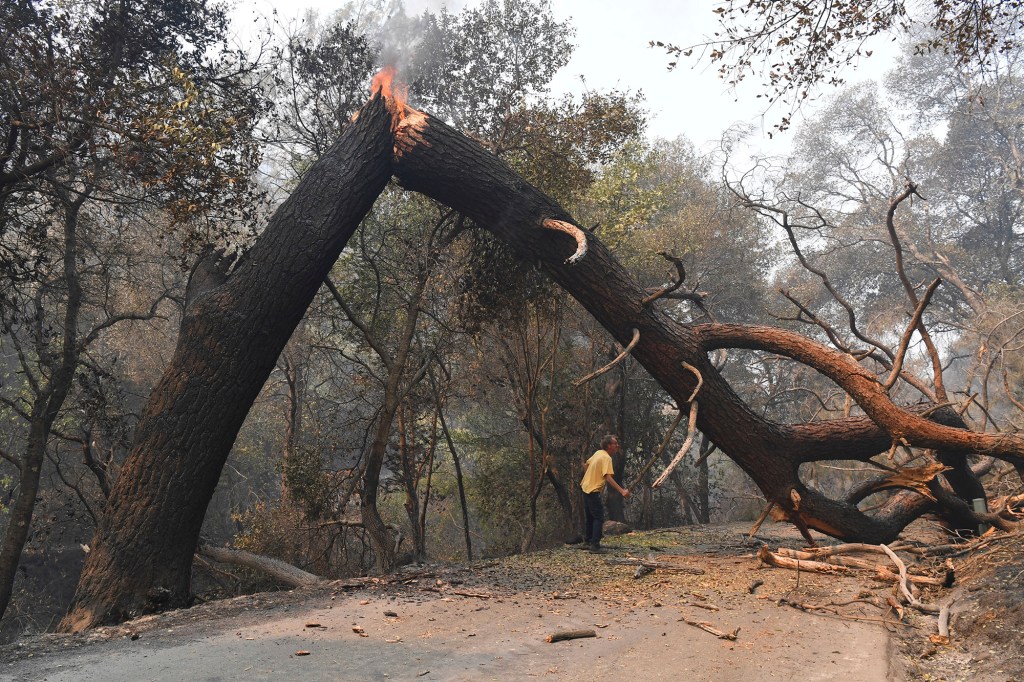 A man tries to break off a branch on a tree that is blocking his way while attempting to go home after a fire ravaged the area in Vacaville, California.

Let out a howl for these little known facts about…

As the fires continued to intensify, residents were warned to prepare their most important items ready for evacuation, including in Santa Cruz, a central coast city of 65,000.

“Prepare early so that you are ready to go at a moment’s notice,” Mayor Justin Cummings told residents. 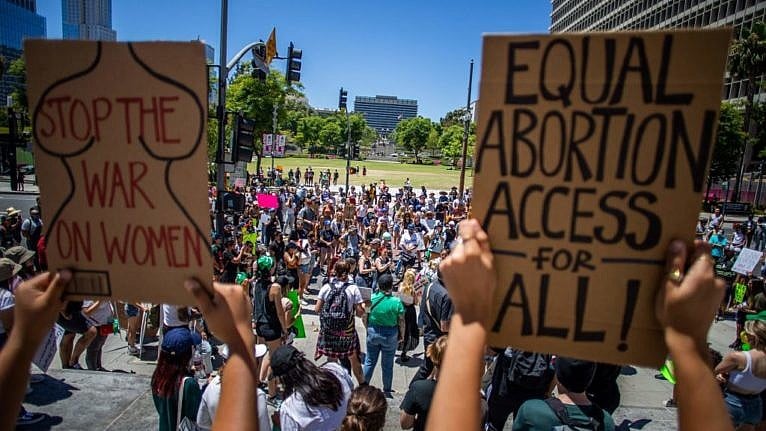 #I had three abortions before I turned 30. They saved my life.

#‘Defund the police’: a sick joke that’s coming far too close to reality