A Seattle school has been slapped with a discrimination lawsuit for allegedly putting a black special-needs second grader in a padlocked schoolyard cage.

View Ridge Elementary School in 2019 kept the then-8-year-old student in a fenced-in space outdoors for hours at a time, leaving him to lunch on the ground alone without a seat or table, the suit alleges.

“The doors to the caged area were secured from the exterior with a padlock chain at the direction of Principal (Ed) Roos,” the lawsuit says.

“There was no alternative exit.”

Other students and passersby walked by the child, identified as D.J.W. “like an animal in a zoo,” the suit said.

# The moment of truth for stock-market investors? Election Day looms and the most crucial stretch of 2020 awaits

The mother of the child, who has since transferred to a different school, is seeking unspecified damages but told KUOW he was traumatized by the experience.

Ed Roos, the school’s principal at the time, has since resigned. An investigative report on the “cage” last year said district officials had OK’d use of the space.

At the time, kindergarten teacher Jaquelyn Flaherty told the outlet that she was especially disturbed to see the treatment of the student, identified by his middle name Jaleel, because he was one of the only black children in a mostly white, affluent school.

“I have never seen, in all these years, a child being locked into an area like that,” Flaherty said. “It was like a cage.”

After a complaint from Flaherty, the school district launched a probe and KUOW reported that Roos told investigators the space was “a calming area” for the student because of unruly behavior and a tendency to curse at staff members.

The report said the student was kept in the space because he sometimes left school grounds.

“The boy, even though he might have a complex educational picture, is still entitled to an education,” Seth Rosenberg, an attorney for the family told The Washington Post.

“If the school can’t meet his needs, they have to pay for him to go elsewhere.”

The idea was first made by a staffer in the special education department, the radio station reported.

A school district spokesman didn’t immediately respond to an email from The Post on Tuesday. 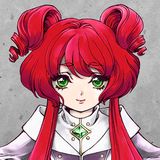 #CLAMP, WIT STUDIO, Netflix Team Up for New Anime Based on Brothers Grimm #Hootsuite backs off ICE deal after getting called out