[Warning: The below contains MAJOR spoilers for the Season 3 of Search Party.]

It may be nearly three years since viewers last visited the world of Search Party but the former TBS title hasn’t missed a comedic beat in its move to HBO Max for Season 3.

Hitting the new streaming service on June 25, the latest chapter in Dory Sief (Alia Shawkat) and friends’ story takes the millennials to court as Dory and Drew (John Reynolds) stand trial for the murder of Keith Powell (Ron Livingston). As fans will recall, the pair accidentally murdered the private investigator while searching for their friend Chantal (Clare McNulty) in Season 1.

In Season 2 the pressure raised as the couple and their friends Elliott (John Early) and Portia (Meredith Hagner) tried to suppress any nerves surrounding their guilt in the cover-up. When Dory was taken away in cuffs during the Season 2 finale, it was a sign of things to come, but fans surely couldn’t have predicted where Season 3 would take them. Beyond the court room, friendships unraveled as Portia and Elliott were pushed to take the stand against Dory and Drew.

Mix-in an obsessive stalker (Cole Escola) who takes note of “Gory Dory” among the media blitz surrounding the murder case, and you have one thrillingly hilarious season. We caught up with showrunners Sarah-Violet Bliss and Charles Rogers who are opening up about some of Season 3’s crazier moments, that cliffhanger ending, where Season 4 may take viewers and much more, but beware of major spoilers. Why did you choose to have Dory and Drew get away with the murder of Keith Powell?

Sarah-Violet Bliss: It’s some bittersweet feeling, you’re both ironically rooting for Dory, but also she’s guilty. You get the sense of feeling relief and then also bad about feeling relief. So having the audience struggle with that within themselves was important.

Charles Rogers: Yeah. A big part of the season’s themes are about believing lies, whether it’s other people’s lies or your own. And Dory’s closing statement feels very real and it’s hard to know what her inner truth is or isn’t. And so, we wanted to make a bigger picture statement about the culture we’re in right now and how much lying has become commonplace in it and how there’s nothing you can do about it. So it felt like a natural ending place for her to get away with lying.

The season included some cultural references to real-life cases such as the Amanda Knox trial. Were there any other pieces of culture that influenced the story?

Rogers: Yeah. John Grisham was a big reference. Every season we tried to pick a new kind of aesthetic direction that embraces a different genre. Season 1 was Nancy Drew, Season 2 was Hitchcock. So we wanted the key art and posters to kind of embrace John Grisham novels and movie posters and that ’90s sort of intensity that he’s known for.

There’s an element to this season that we called media frenzy where between paparazzi and TV shows and news, it’s just like the whole world is watching, and that’s very much tied to Amanda Knox in real life, or movies we referenced as To Die For and The Bling Ring. That’s a less formal genre, but that’s something that seems to also be present in a lot of ’90s movies. So this season kind of leaned more ’90s. Bliss: Not really as a reference in terms of the style of the show, but the psychology of Dory’s character with the true crime stuff, I watched a lot of Dateline with The Staircase. We talked a lot about what Dory believed to be true or what she was fully in denial about. And whether or not it got to a point that she really believed that she didn’t do it, or if she was just so obsessed with people thinking that she didn’t do it, that it became more important to her than anything else.

Another great element this season was the inclusion of Dory’s stalker played by Cole Escola. What can you tease about where that may be heading?

Rogers:  It’s tricky. Season 4 is going to be the darkest season yet. It’s also the funniest season yet and the most extreme. There’s some very fun guest stars. But what it does do is continue to unpack Dory’s psyche and explore what exactly was going on in her head in Season 3. So there’s still that kind of psychological through-line that the show’s always had. And if anything, I think it starts to really focus on that even more.

Speaking of guest stars, you had some great ones featured in Season 3. Which characters were you most excited to introduce viewers to?

Rogers: The lawyers definitely are some of our favorites. There’s so many fun guest stars who starred this season and specifically Shalita Grant, Louie Anderson, and Michaela Watkins. They just brought so much energy. And every day that we were in the courtroom was like a play. Even the background actors would all cheer after one of their long scenes.

All three of them are geniuses and it was just so cool as the casting was coming together to be like, “Okay, the lawyers are a huge part of the season.” They have to compliment the zaniness of our leads, but also ground the arc of the season at the same time and be believable. As all the elements came together and our courtroom day started, we were like, “Oh my gosh, they’re incredible.” And Wallace Shawn was a really magical addition to the season also. Will justice for Keith and April ever be served?

Rogers: Yeah. I think that everything Dory has done continues to swirl around inside of her as she tries to make sense of the relationship to her [dark] side. Whether or not they ever see justice in the world, there’s a through-line with the show about her reconciling everything she’s done and whether or not she’s able, or capable to face it all. So they live on inside of her. Has Drew really turned his back on Dory forever or will he be sucked back into her world when he realizes she’s missing?

Rogers: Drew’s such a tragic figure. He’s always attached to Dory to some extent and has to make sense of his relationship to her actions. And I think he’s always trying to parcel out what he thinks about everything and make sense of what Dory’s made of. He’s working on two levels all the time and it just takes a toll on him in a lot of different ways

Bliss: Yeah. I just think he’s tethered in a way that is tragic and he can’t get karmically untied from her.

We learned more about every character, but one of the most shocking revelations has to be Elliott’s past. What made you decide that he came from a small southern town and has been lying about his upbringing?

Rogers: Once we thought of the idea of Elliott having made up an infinite amount of lies, it was really fun in the writer’s room to think about how we would play that out. Some of our favorite scenes are just the scenes with the actors playing his parents and just how nonsensical that lunch is. They’re these actors that take all these liberties of flushing out what their relationship is and what kind of people they are. It’s so stupid. It’s just funny.

Bliss: It’s really good because you watch that scene in hindsight, and watching Elliott’s face when his fake mom adds a bunch of [background information]. You also put on a big wedding this season, what was it like putting it together and executing it for filming?

Rogers: It was really fun. Especially with everyone’s wardrobes, and Carrie Brownstein directed that episode. There’s just so many hijinks in that episode, it’s hijinks rich. The actual procession moment, when that got up on its feet and we were watching through Meredith singing, that was definitely surreal.

Bliss: It’s actually really sad when Elliott’s left at the altar. And Drew’s face being like “he’s not there.” It was actually very humiliating and it always takes me by surprise how emotional I get when seeing the characters when they’re living in the true humiliation of these moments. Like, “Oh no.” You were renewed for Season 4 and have already filmed. Do you know when fans may be able to see Dory, Drew and the others return?

Rogers: There’s rumors of when it will air. I don’t think we’re allowed to say yet, but I think it’s safe to say…

Bliss: Not in two and a half years [Laughs].

Rogers: Yeah. Not in another two and a half years. Season four really unpacks Cole Escola’s character. And so, that’s a whole new can of worms. And then, that kind of takes the show into a new direction and energy that feels different from Season 3. 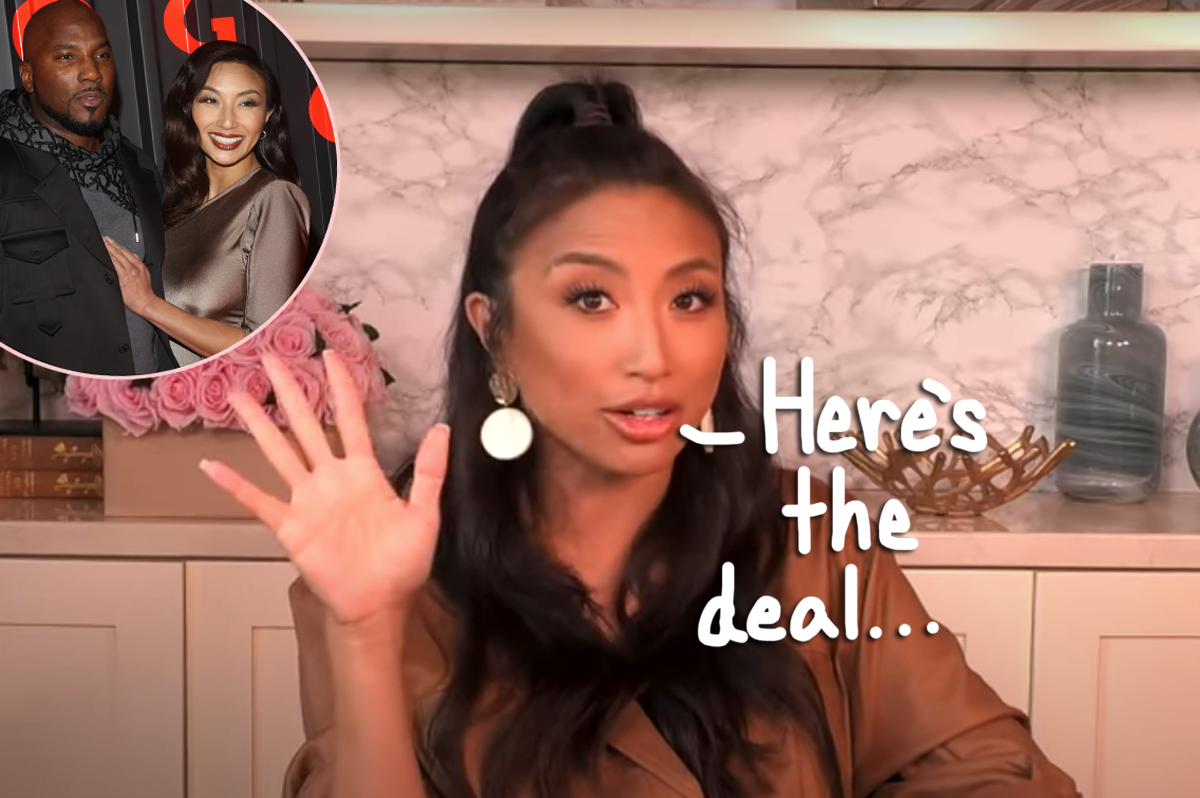 #Jeannie Mai Explains Why She Wants To ‘Submit To My Man’ Ahead Of Marriage To Jeezy! 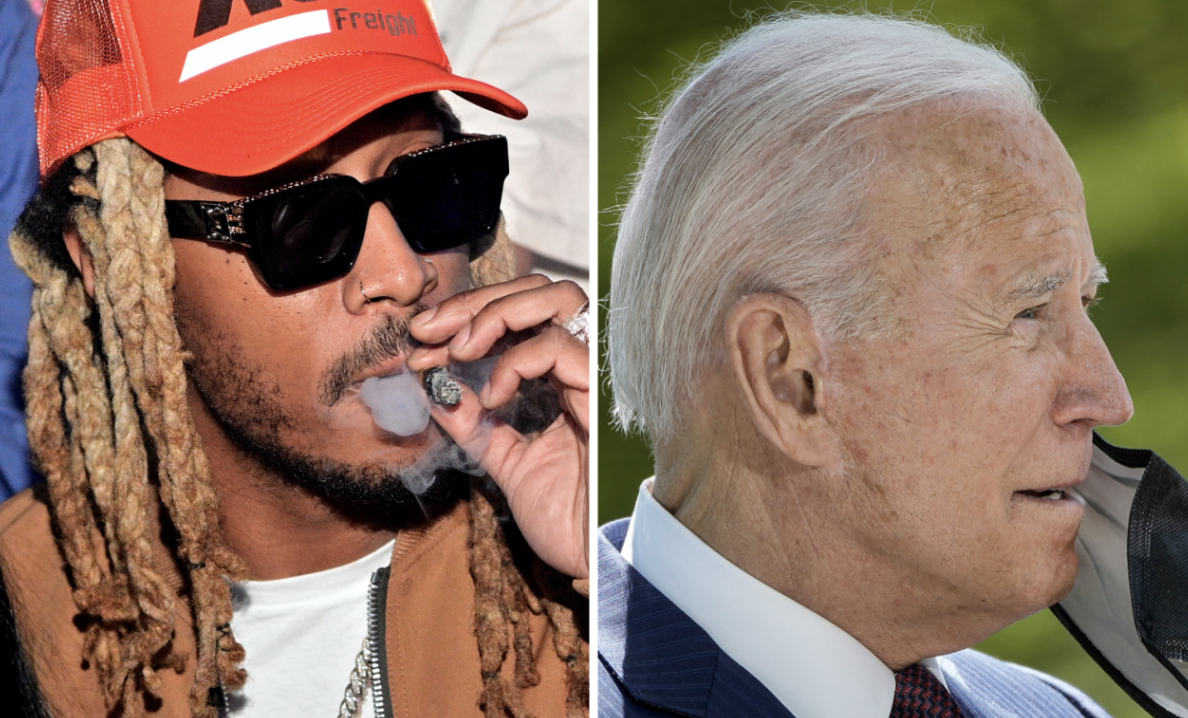