[Warning: The below contains MAJOR spoilers for the SEAL Team Season 4 finale, “One Life to Live.”]

Bravo Team suffers a major loss in the Season 4 finale, which also leaves quite a bit up in the air for the remaining members.

Full Metal (Scott Foxx) does die of the injuries he sustained from an RPG when he was protecting his teammates, and the episode ends with them toasting him at the bar. It also ends with Jason Hayes (David Boreanaz) suffering headaches, Ray (Neil Brown Jr.) facing his trauma and admitting he has PTSD, Sonny (AJ Buckley) a new father and considering a move to Texas — and asking Davis (Toni Trucks) to go with him, and, in happy news, what sounds like a breakup speech from Clay (Max Thieriot) ending in a proposal for Stella (Alona Tal). (She says yes!)

Boreanaz, who also serves as an executive producer, breaks down the Season 4 finale ahead of the drama’s move (after four episodes in the fall) to Paramount+ for Season 5.

Clay wonders if losing Full Metal might push Jason over the edge. Then we get that heartbreaking breakdown from Jason, that scene in a therapist’s office with Ray, and Jason talking about remembering how his fallen brothers lived. How is Jason doing mentally at this point heading into Season 5?

David Boreanaz: He’s trying to balance what life is like outside of Bravo and what life is like inside of Bravo, inside the wire, outside the wire. He’s come to some sense of, there’s maybe a possibility he could coexist with both. That’s not a guarantee right now, but I do feel after this season and where he’s heading into Season 5, he found himself more of a support kind of guy, more of a Jedi. He’s earned his wings of getting through some pain and through the work with his therapist, his brothers. [This is] a new chapter for him. That’s not to say though, that he’s not still dealing with a lot of emotional pain, physical pain as well as what we see at the end of the season finale, a glimpse of maybe the mental component. The RPG could have aggravated something with his brain. He definitely is a case study in a lot of ways and he is still trying to fully wrap himself around that.

He got a glimpse at what he’s like as Bravo 1 with those conversations with [former team member] Theo [Kurt Yaeger] this season.

Yeah, that was a big episode for his character. I think going back and checking in with somebody who — not that he didn’t remember, but just with Jason, he compartmentalizes so well and I feel like he started to open up these doors that he shut out. Instead of ignoring and overriding, he’s embracing it and trying to heal in a lot of ways. Then seeing his past brother and where he’s at is also going to make him a stronger person if he allows himself to self-heal, which is going to be interesting to see.

He also checks in with Clay, Sonny, and Ray towards the end of the finale.

It’s all about revolving and healing. It’s self-care and I don’t think Jason really does that much. He’s a team leader. When he’s out [on missions], he is a fairly strong leader. As you see from his past, it’s all Bravo in, Bravo all the time, ignore and override, but that can only work for so long before it starts to kind of seep through the cracks there as we saw in Season 4. And now heading into Season 5, we’ll see where that takes them if he continues down that path. That’s the fun kind of challenging thing to do: wrapping my brain around that slowly as we develop where these characters are going to be going, especially Jason. Is that something we should be worried about, that there could be some head trauma?

Yeah, with him, those types of symptoms don’t just go away. That is definitely a little red flag for him and has been so in his past, and I’m not saying we’re going to be focused highly on that Season 5, but I think it’s a reminder to him that he is suffering. There is some damage there. How bad that is? We haven’t really [explored] that. It’s a reminder of the suffering that this character has gone through, the amount of pain he’s gone through, and the side effects of that. It’s also a reminder to the audience that Jason is not this guy that can take on all this and come out perfect on the other end. It’s a reminder of the casualties of war and how that weighs on a person who’s dealing with that.

How is Jason feeling about Bravo after the season? They’ve been divided quite a bit.

Yeah, there was a sense of division amongst them. They’re always there to have each other’s back regardless, through the adversities and the conflicts. I think he feels a little bit better in regards to seeing where they were in the beginning of the season. I feel like he knows now his place a little bit better, how he can balance that. He morphed into, while he was there on a mission, checking in with his brothers, making sure they’re OK, and there’s more to it than just going out and leading. He’s gotta be a full-rounded leader. At the end of the season, there is some sense of, we went through the fire and we came out the other end a little bit better. What is Bravo going to be like moving forward? They just lost Full Metal, Sonny’s now a dad and thinking about leaving, Ray’s facing his trauma, Clay’s getting married…

I always say the show is a show and it’s a workplace show and we don’t like to sugarcoat it. We like to dive into the stories that are going to remain truthful as best as we can. And because it’s a workplace show and what they do, not everybody is guaranteed to come out all rosy and with a nice bow on the package. We go to those places and we show the mental breakdowns, we show the physical breakdowns, and nobody’s safe. That’s the reality of this show whether you like it or not. It’s just the way it is. Characters come in and leave and they will come in and they will go. So I would say that nobody’s safe on the show like this.

Something this finale showed is just how good SEAL Team is at those quieter, heavy, emotional moments like we got in the second half of this episode and balancing those with the action scenes like in the first half. It also seemed to set up the series continuing to lean into those more emotional moments maybe more than in the past?

I think that there’s a balance there. I think you can marry the two seemingly better as we go forward. If you can take a look at the season and say it was a little bit more emotional than the other seasons, I would tend to agree with you on that, regardless of the environment and how we had to pivot to tell these stories amongst where we could go and couldn’t go due to this pandemic. We adjusted more towards character study and emotional moments that really raised the bar as far as the characters were concerned. But I think there’s a balance there. I think that you can still have that within the mission, the ops that they go on, and the training cycles with these guys. I think we’ll continue that even more as we progress, especially starting in Season 5, which is going to be around the corner before you know it. Was there anything planned that was scrapped, like a major cliffhanger, just in case you weren’t renewed?

No, we shot it for the way we wanted to shoot it. There were a lot of open-ended questions. If we had not have come back, I don’t think it would have done service to the show, the characters, or to the fans especially to leave them hanging like that. So I don’t think that would have been the best. We didn’t write the episode knowing that we were coming back or not going to come back, we just wrote the episode. 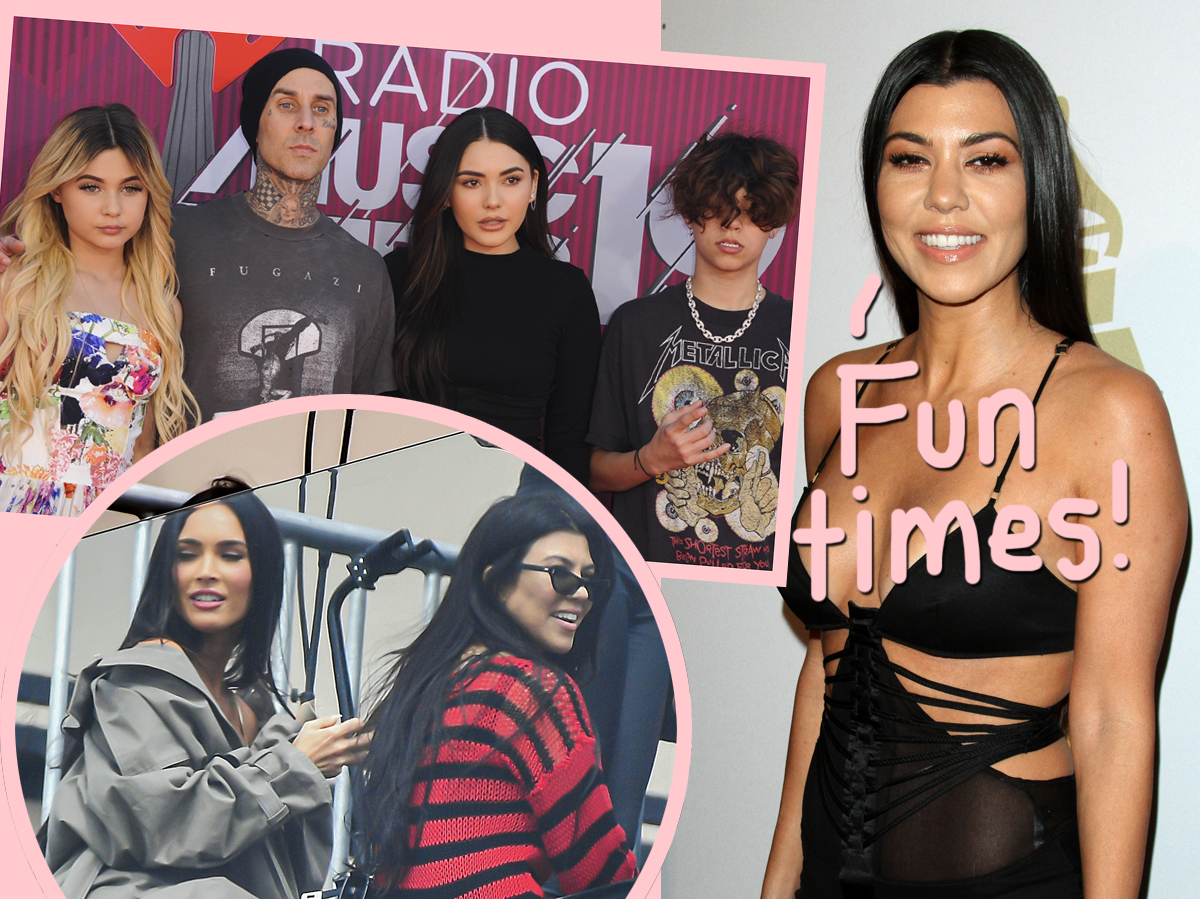 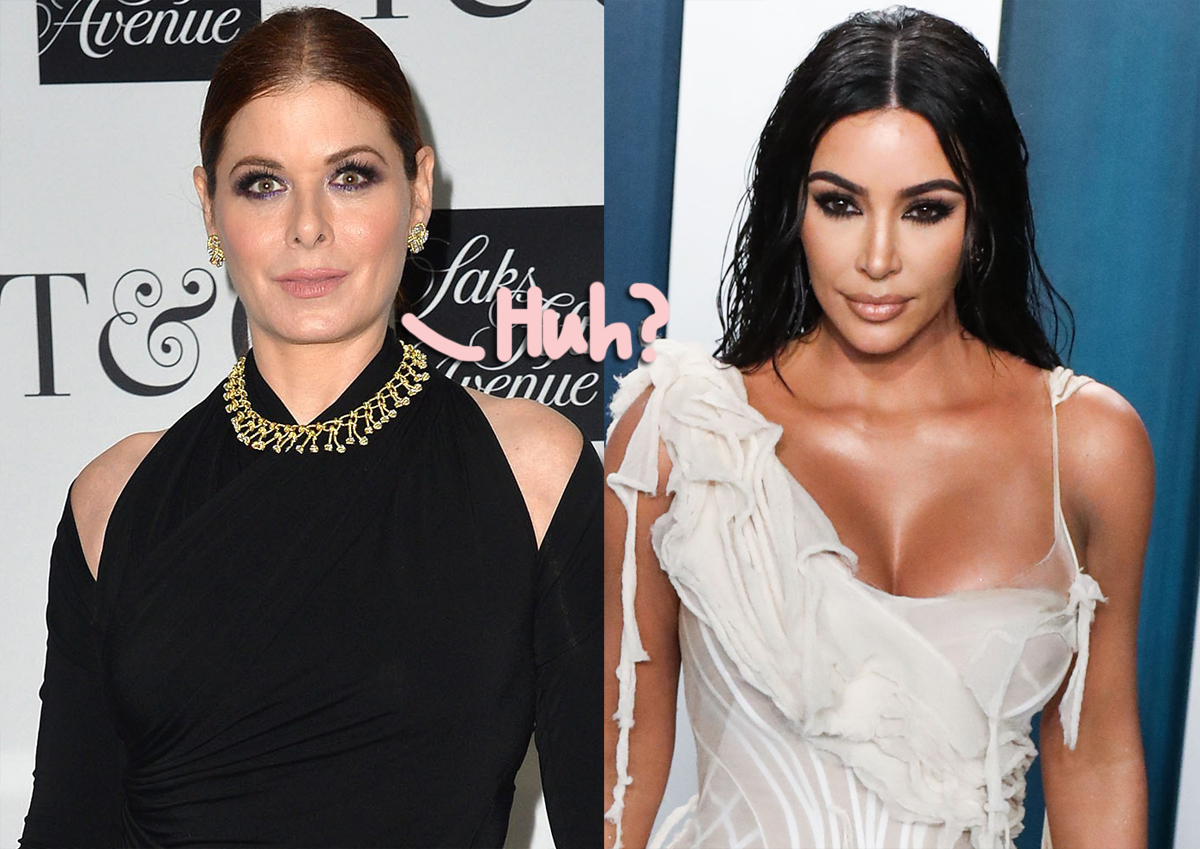 #Debra Messing Is NOT A Fan Of Kim Kardashian Hosting SNL — Because She REALLY Wants The Gig!