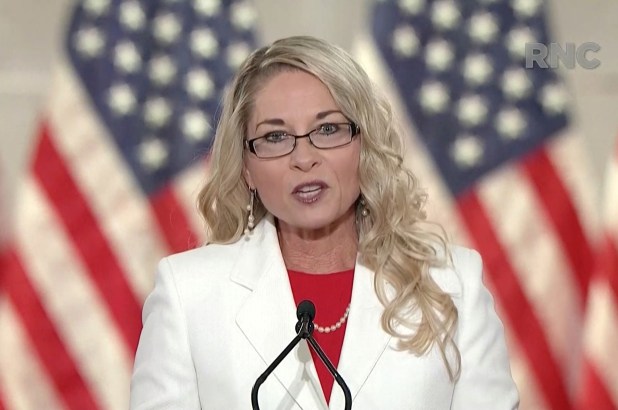 Rebecca Friedrichs, a veteran California teacher and school choice advocate, touted President Trump as the candidate for the education system at Monday’s opening night of the 2020 Republican National Convention — while warning against the agenda of the Joe Biden-Kamala Harris ticket.

“We’ll keep fighting for the country and children we love, just like President Trump,” said Friedrichs. “He’s breaking the unions’ grip on our schools. That’s why unions have tried to destroy him since the day he was elected.”

Friedrichs’ lawsuit against the California Teachers’ Association, seeking to liberate teachers from forced unionism, was argued before the Supreme Court in 2016.

“Do you know who intervened against us?” she asked. “The Obama-Biden administration and California Attorney General Kamala Harris.”

By contrast, she said, “President Trump isn’t afraid to fight for what’s right. He won’t back down. His courage gives great teachers renewed hope.

“President Trump stands with America’s families, great teachers and, most importantly, our children.”

#Mets have no time for excuses amid daunting stretch # Will Apple be the next company to adopt Bitcoin after Tesla?

#Las Vegas sportsbook suffers one of biggest losses ever