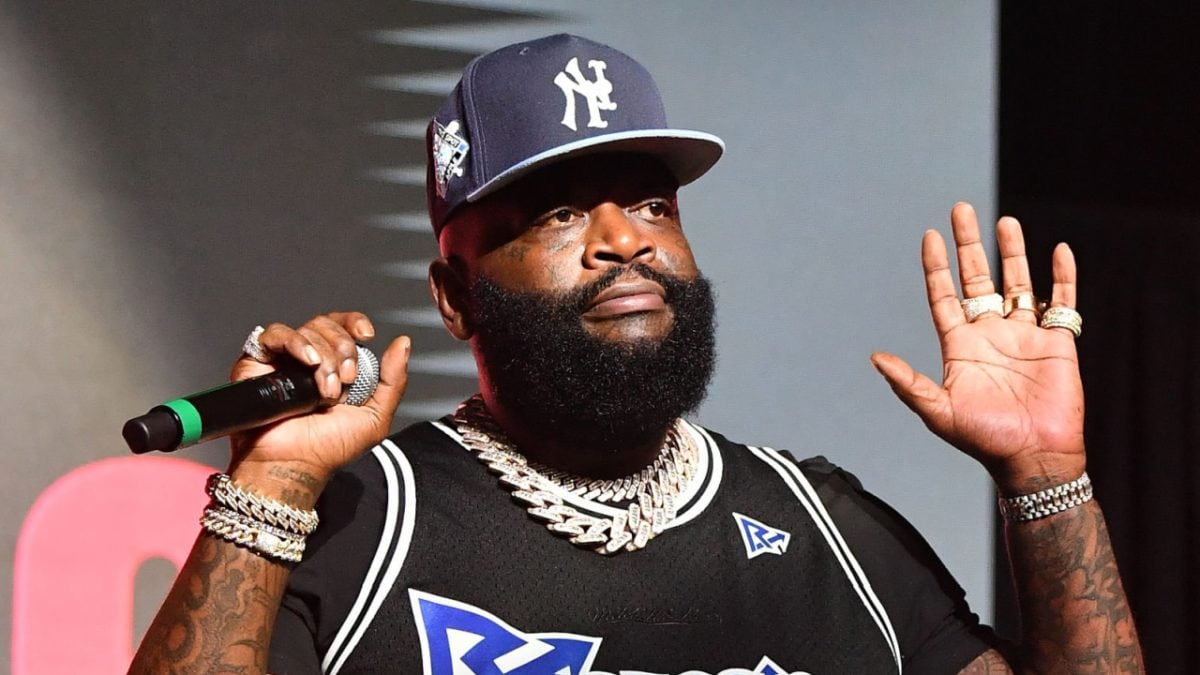 Paras Griffin/Getty Images
Rick Ross has made it clear that he won’t be jumping behind the wheel of a Tesla anytime soon, despite being a car aficionado.

On Tuesday (January 24), the Maybach Music Group boss posted a video on Instagram explaining his aversion of Elon Musk’s fleet of electric vehicles, which stems from his distrust of the U.S. government and their supposed ability to hack such technologically advanced cars.

Rozay then played out a scenario where police are searching for him, and all they have to do is input a code to have the car bring him in.

“‘Ok, where’s Rick?’” Ross said, imitating an officer on a computer. “‘He’s over there. Bring him in for questioning.’ N-gga like, ‘Where am I going? It’s leaving Wing Stop before the wings are even done!’ You pull up to the building and an agent walk out, ‘Hey, Rick.’”

Rick Ross’ comments are interesting, to say the least, given he has a massive car collection with vehicles in all shapes and sizes. Last year, the rap mogul hosted his first annual Rick Ross Promise Land Car & Bike Show held on the grounds of his sprawling Georgia mansion.

Rappers, celebrities and more broke out their low riders, old-school whips, monster trucks, luxury vehicles, motorcycles and more for the event. Rozay even brought out his personal vehicles, including a fleet of older model cars which were decked out with candy red paint.

Despite his feelings about Tesla vehicles, Ross has made it clear he’s down to join Elon Musk’s proposed mission to Mars. The rapper bumped into Musk alongside Diddy and French Montana at Kanye West’s Donda 2 listening party last February and asked him for tickets for the trip.

In the meantime, Rick Ross is focused on other business such as finishing his interview with the 85 Comedy South Show, which he famously snuck out of after telling the hosts he needed to use the bathroom.

During a recent interview with HipHopDX, 85 South host DC Young Fly revealed he bumped into Ross and was told he will be returning to the show to pick up where they left off.

“As a matter of fact, I ran into him in the club,” D.C. Young Fly said. “He said he was going to do the interview again and finish what he left. The longest bathroom break I’ve ever seen. No cap. He said ‘I’ma come back, you feel me?’ I was like, ‘You shoulda said that.’ He had to go handle some business, though.”

Ross addressed his unannounced exit from the interview when he sat down with The Breakfast Club in April 2022.

“I think I was really just in a zone,” he explained. “I was smoked out good and I was in a zone. When I’m in a zone and I get one of those money calls, I just ease out that muthafucka. I’ma be honest, when I found out about it, it was already everywhere online.

“I ain’t even realize it. I went to the bathroom, was on the phone and smoked one. You go outside and just leave. Them my lil’ homies too and it was a cool interview. We smoking and chilling and shit.” #Anne Hathaway Doesn’t Like Her Name, So Call Her ‘Anything But Anne’

#Tough as Nails episode 5 spoilers: A quest to conquer fears