The mag kicked off a #SwimsuitIconChallenge on social media last month, calling for ladies to rock their skimpiest suits in the name of mimicking seminal photos from the brand’s nearly 60-year history.

Even Carol Alt, a 1982 Swimsuit covergirl herself, got in on the game this week, posing topless wearing only beaded necklaces and a tiny bikini bottom — at age 59.

“You just want to say ‘Hey, look, I work out, and I’m 60 freaking years old this year!’” Alt tells The Post of her decision to go nearly nude to channel Marisa Miller’s 2008 cover shoot.

The New York native says she’s eaten mostly raw foods since 1996, but splurges on gluten-free pasta, tiramisu made with coconut milk — and the occasional tipple.

“I try to stay away from alcohol because it’s really, really addictive,” she says, “but I can’t say during corona I haven’t had a glass of nice white wine here and there.”

Alt — who works out at home five days a week doing Pilates and pedaling on a stationary bike in her sauna — was shocked by the outpouring of fans fawning over her figure.

“I never expected this, believe me,” she says. “When I [first] went to push the button to share, I had to stop and take a deep breath.”

The former supe had a pal take her pic with an iPhone, just like many of the challenge-takers, but she did use a bit of Photoshop. “I have a scar on my belly, so we erased that,” she says. “But that’s it.”

Though the mag received hundreds of social media submissions, here are the creative ladies behind some of the most ravishing recreations.

Since COVID-19 temporarily shut down Vegas showgirl Soolin DeMaria’s show “Fantasy” at the Luxor Hotel, she’s creating a fantasy of her own at home. “Since our theater, and the entire Strip is closed at the moment, I have plenty of free time to talk my husband into body painting me and taking my photo in our backyard,” the 32-year-old says. “We had a blast doing this together, and even though it might not be magazine quality like Heidi’s version, I thought it turned out pretty good!”

It was after midnight when software services operations manager Alyssa Suro decided to unleash her inner supermodel and tackle Aussie Elle MacPherson’s bold boob-bearing cover from 1990. “It was a challenge to recreate the sunlight and beach setting since it was actually 2 a.m. in my bathroom,” says the New York City-based 22-year-old. She propped up a blanket for the backdrop, then donned a black one-piece, a studded bracelet and her old swim-team goggles. “I used a ponytail holder to make adjustments to the suit, as Elle’s was missing one side,” Suro says. “It was all about improvising and having fun with it.”

“Tyra Banks was the first African-American woman to be featured on the cover of SI. Being that I’m also an African-American woman, it was only right to show my respect to the one who paved the way,” Tamika Vantifflin, the executive director of nonprofit The Black Ecosystem, says of her decision to imitate the icon’s 1997 cover. “Tyra has been an inspiration to me ever since I was a young teen. She was the one who taught me self-worth; she showed me that I can truly love myself and the skin I’m in without hesitation. All the confidence I have right now, I owe to her.” The 26-year-old Chicagoan had a pal coach her through the shoot, using a hair dryer to simulate a beachy breeze. Ultimately, she chose a pic with a Banks-approved “smile with your eyes” aka a “smize.” The top model herself even commented on Vantifflin’s post: “You win.”

Jacquelyn “Hunter” Allen, 24, layered a cardigan over a coat to tackle Kate Upton’s sexy, shivery cold-weather cover from 2017. “Besides being inspired by Kate’s modeling, she also has a similar body type to mine,” says the waitress and student from Charlotte, North Carolina, who praises the mag’s devotion to “diversity in the modeling industry.” “Sports Illustrated gave me a way to embrace my body for what it is, which is beautiful.”

Veterinary technician Britney Vlasaty loved the “simple and natural” shot of former NFL cheerleader Camille Kostek on the 2019 cover. “I remember watching the video of her winning the cover and following her rookie career, just inspired by her beauty, charisma, drive and killer dance moves,” says the 28-year-old from Cleveland, Ohio. “Even though I knew it was a quarantine challenge and that every other girl in the world was not getting tan or getting their hair done — and I have no clue how to do my own makeup — I was feeling self-conscious,” she adds. So Vlasaty decided to do a simple backyard bikini shoot “just for me.” Her fiance played photog, and after about an hour, “we finally nailed it,” she says. “The best part of this challenge was waking up the next day to see that Camille herself liked, commented and even shared the post!”

Amanda Rodriguez, an LA-based model and mom, says it’s her “dream” to become an SI cover girl one day. “I have always thought Irina Shayk was a complete bombshell,” the 26-year-old says of why she channelled the Russian hottie’s tropical 2011 cover. “You would be surprised how difficult it was to find a pink-with-yellow-trim bikini! The most similar one I came across was from on Etsy shop called ‘BadAssBrasAndBikinis.’” The Etsy designer was actually driving through her town, so they arranged a bikini hand-off in a mall parking lot the very next day. Rodriguez and her husband took their 9-month old to Laguna Beach to take the pics, and after about 10 “very windy” minutes shooting she returned to “mommy duty,” playing with her tot in the sand. One thing Rodriguez learned from Shayk’s cheeky crouch? “This pose is actually not as easy as it looks,” she says.

#What Is The Google Nest Mini? What Does It Do? 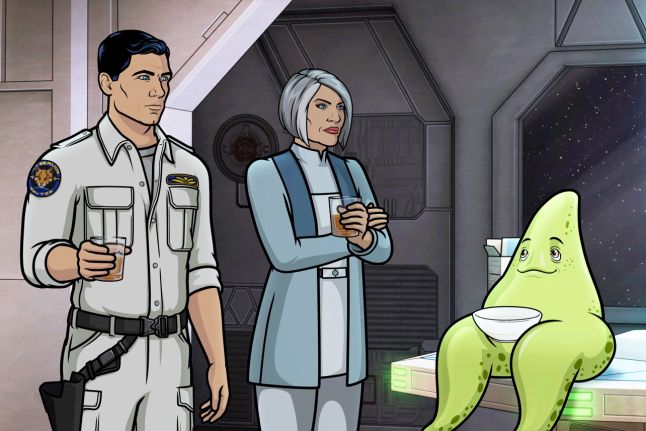