“#Rayshard Brooks’ ‘girlfriend’ out on bond in Wendy’s arson case”

The Atlanta woman charged with arson for allegedly torching a Wendy’s fast-food restaurant after the police shooting death of Rayshard Brooks was released on a $10,000 bond Thursday.

Natalie White, who has been identified as Brooks’ girlfriend, made bail just one day after she was arraigned on first-degree arson charges in the June 13 fire that gutted the restaurant, one day after Brooks was shot and killed by cops outside the eatery, Fox5 Atlanta reported.

White, 29, will still have to wear a monitoring device, stay under house arrest, and stay off social media under bail terms ordered Wednesday by Fulton County Magistrate Judge Todd Ashley.

Ashley said White is accused of “setting fire to the structure by using a torch made of a lighter and some type of can.” 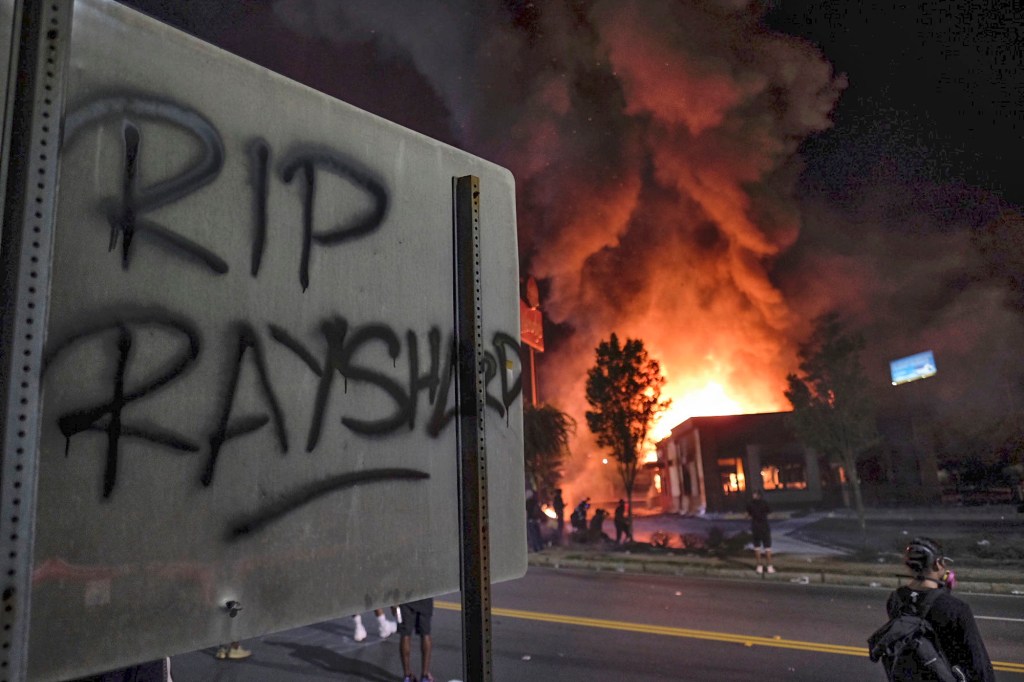 The Wendy’s which was set ablaze after Brooks’ death. 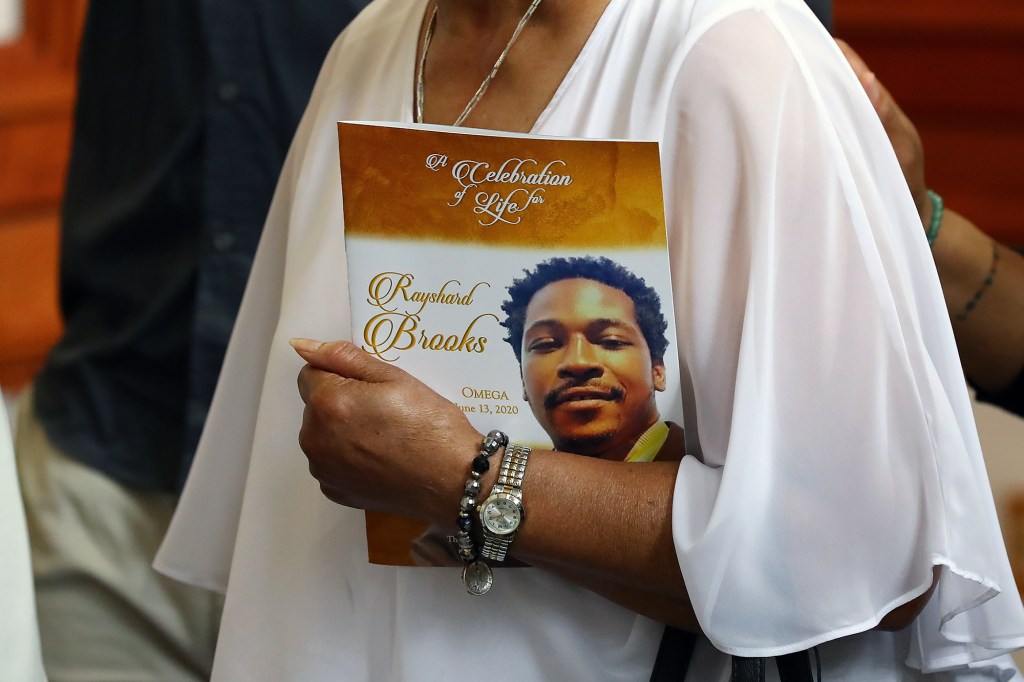 A family member carries a program during Brooks’ funeral.

The Bonnaroo 2020 festival has been officially canceled.

However, Defense attorney Drew Findling, who said he has known White since she was 8 years old, denied she set the blaze.

“There is no evidence indicating she set Wendy’s on fire,” Findling told the outlet.

Brooks, 29, was shot twice in the back after scuffling with two Atlanta cops and fleeing with one of their Tasers. The shooting re-ignited Black Lives Matter protests that swept the nation following the May 25 police-custody death of George Floyd in Minneapolis.

Findling confirmed earlier this week that White was the “girlfriend” that Brooks referred to on police bodycam footage of his arrest, but declined to comment on the extent of the relationship Thursday other than to acknowledge the two knew each other, Fox5 said.

The burned-out Wendy’s later became a rallying point for protesters and was dubbed a “police-free” zone by armed demonstrators. Atlanta police cleared the roadway on Wednesday, with aerial footage showing the site clear of demonstrators.

“APD assisted in clearing University Avenue of barriers that had been blocking the road,” a spokeswoman for the Atlanta Police Department told The Post in an email Wednesday. “We did not remove any demonstrators or take any further actions.”

#Yaeji Teams With PAC-MAN for New Song and Video: Watch # Actionists reinventing art: As it ever was, so shall it ever be (even in crypto)

#Peacock: What to watch on NBC’s new streaming service, how much it costs # Vitalik: L2 transaction fees need to be under 5c to be ‘truly acceptable’