More specifically, the study finds that one particular form of quantitative easing—in which the U.S. Federal Reserve purchased massive amounts of mortgage-backed securities—drove down mortgage interest rates, allowed consumers to refinance their house loans and spend more on everyday items, and in turn bolstered the economy.

“Quantitative easing has a really big effect, but it does matter who it targets,” says Christopher Palmer, an MIT economist and co-author of a recently published paper detailing the results of the study.
All told, the study finds, the Fed’s so-called QE1 phase from late November 2008 through March 2010, a part of the larger quantitative easing program, generated about $600 billion in mortgage refinancing at lower interest rates, bringing about $76 billion worth of additional spending back into the broader economy.
However, as the study also demonstrates, the people benefitting from QE1 were a relatively circumscribed group of mortgage holders: borrowers from the Government Sponsored Entities (GSEs) Fannie Mae and Freddie Mac. So while observers may talk about quantitative easing as a “helicopter drop” of money, scattered across the public, the Fed’s previous interventions were relatively targeted. Recognizing that fact could shape policy decisions in the future.
“It’s not like the Fed drops money from a helicopter and then it lands randomly and uniformly and equally across the population, and people pick up those dollars and spend money and are off to the races,” Palmer says. “The Fed intervenes in specific ways, and specific people benefit.”
The paper, “How Quantitative Easing Works: Evidence on the Refinancing Channel,” is published in the latest issue of The Review of Economic Studies. The authors are Marco Di Maggio, an associate professor at Harvard Business School; Amir Kermani, an associate professor at the Haas School of Business at the University of California at Berkeley; and Palmer, the Albert and Jeanne Clear Career Development Assistant Professor at the MIT Sloan School of Management.
Mortgage relief for some

The introduction of quantitative easing during the Great Recession was a notable expansion of the tools used by central banks. Rather than limiting its holdings to treasury securities, the U.S. Federal Reserve’s purchase of mortgage-backed securities—bonds backed by home loans—gave it more scope to boost the economy, by lowering interest rates in another area of the bond market.
The first round of quantitative easing, QE1, which began in November 2008, included $1.25 trillion in mortgage purchases. The second round, QE2, which started in September 2010, focused exclusively on treasury securities. The third round, QE3, was initiated in September 2012 and was a combination of mortgage and treasury security purchases.
To conduct the study, the researchers drew heavily on a database from Equifax, the giant consumer credit reporting agency, which includes detailed individual-level information about mortgages. That includes the size of individual loans, their interest rates, and other liabilities. The database covered about 65 percent of the mortgage market.
“It basically allowed us to trace the flow of Fed mortgage purchases down to individual households—we could see who was refinancing when the Fed was intervening to make interest rates lower,” Palmer says.
The study found that refinancing activity increased by about 170 percent during QE1, with interest rates dropping from about 6.5 percent to 5 percent. However, the Fed purchasing activity was highly focused on ‘conforming’ mortgages—those fitting the guidelines of the GSEs, which often mandate having loans cover no more than 80 percent of a home’s value.
With the Fed not aiming its resources at nonconforming mortgages, much less refinancing occurred from people with those kinds of home loans.
“We saw a really big difference in who seemed like they were getting credit during quantitative easing,” Palmer says.
That means QE1 bypassed many people who needed it the most. Consumers with nonconforming mortgages, on aggregate, were in worse financial straits than people who could put more equity into their homes initially.
Checking the data geographically, the researchers also found that much less refinancing occurred in the “sand states” where a huge number of subprime, nonconforming mortgages were issued—especially Florida, Arizona, Nevada, and the Inland Empire region of California.
“People who are outside the conforming mortgage system are often those who need help the most, whether that’s because their loan size is too big, or their equity is too small, or their credit score is too low,” Palmer says. “They often needed the stimulus most and yet couldn’t get it because credit was too tight.”
Take it easy
Given both the success and targeted nature of QE1, Palmer suggests that future interventions could be broadened.
“One of our takeaways is that if the Fannie and Freddie requirements can be temporarily loosened, then Federal reserve QE purchases can do a lot more good, because they can reach more borrowers,” Palmer says.
More broadly, surveying the economic landscape as the COVID-19 pandemic continues, Palmer says we should continue to examine how central banks can provide relief, and to whom. With interest rates very low, the U.S. Federal Reserve cannot offer much broad relief by adjusting rates. More help may come from efforts like the Main Street Lending Program facilitated by the CARES Act, which runs through September.
“When credit markets get locked up, there’s less opportunity for your local restaurant or auto-body garage or toy store to take advantage of the fact that the interest rates are lower,” Palmer says. Instead, targeted programs are “really an attempt to focus the monetary stimulus directly from the Fed to the people who need it.”
To be sure, consumers gaining credit relief may not be as willing to spend right now as they were in 2008 or 2010. But given the economic struggles of 2020, freeing up any additional spending would be productive, Palmer says.
“If people can refinance right now, they’re probably not going on shopping sprees,” he says. “But there is still a lot of consumption happening that is very valuable.”

This story is republished courtesy of MIT News (web.mit.edu/newsoffice/), a popular site that covers news about MIT research, innovation and teaching. 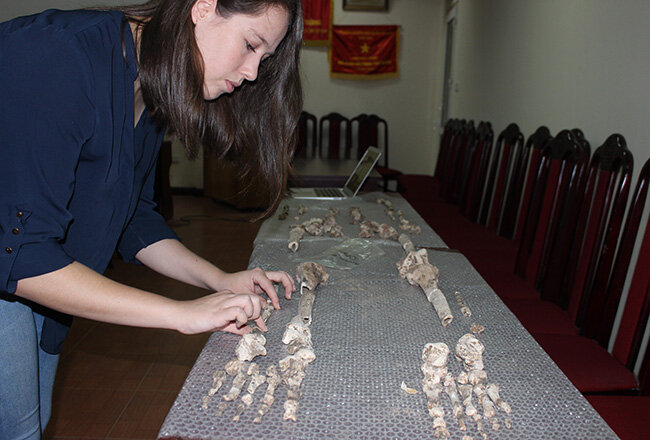