With businesses re-opening and the sun shining, it’s probably tempting to go out and enjoy the summer right now. And while I can’t tell you what you can or can’t do, I can encourage you to stay at home instead and continue to brush up on your quarantine viewing with some fantastic foreign-language films. This week’s Pop Culture Imports includes a sumptuous Pedro Almodóvar mother-daughter tale, a whimsical original anime movie on Netflix, Jan Švankmajer‘s unsettling stop-motion take on Alice in Wonderland, an edgy 2019 remake of an Osamu Tezuka ronin classic, and a Chilean drama that finally gives Lost breakout Jorge Garcia the leading man role he deserves.

Fire up those subtitles and let’s get streaming.

Volver stars Penélope Cruz in a career-best role as Raimunda, a mother who works and lives and Madrid with her husband Paco and daughter Paula, and along with her flighty sister Sole (Lola Dueñas), worries over the health of her aging aunt, who is convinced that their recently-deceased mother Irene (Carmen Maura) is still alive, despite having died several years ago in a house fire with their father. But something strange may be afoot in Madrid, which is experiencing a mystical seasonal wind that Raimunda is convinced is driving people mad. Soon a murder and a family tragedy rocks Raimunda, Paula, and Sole’s life, and their mother Irene unexpectedly returns to from the dead to help her daughters heal from past wounds. It’s incredible how buoyant Volver is for a film that deals with grief and murder, blending farce, tragedy, melodrama, and a splash of magical realism in a multigenerational drama about the connections that bind us and the ghosts that haunt us. It’s abundantly clear with every vibrant, richly colored frame of Volver just how much Pedro Almodóvar loves women. He worships them and paints them with a flattering, loving, brightly colored brush in his most deeply humanistic masterwork.

Watch This If You Like: Portrait of a Lady on Fire, White Oleander, Saoirse Ronan emphatically declaring, “women!” in Little Women.

A Whisker Away — Netflix

With its premise of a young girl who gets caught in a strange spirit world and a title that is clearly evoking the Hayao Miyazaki classic, A Whisker Away could easily be written off as a lesser Spirited Away knock-off. But like its funkier and way more accurate original Japanese title, Wanting to Cry, I Pretend to Be a Cat, A Whisker Away is a stranger and altogether sweeter film. The film follows an eccentric middle school girl named Miyo (Mirai Shida), who is infatuated with a quiet classmate of hers, Hinode (Natsuki Hanae), who shows no signs of sharing her affection. But Miyo has a secret: she purchased a mask from a giant talking cat that allows her to transform into a cat, and get close with the lonely Hinode, who thinks her a friendly stray and nicknames her after his old pet, Taro. Though filled with supernatural shenanigans and a climatic showdown that takes place in a jaw-dropping otherworldly realm, A Whisker Away is mostly a wholesome coming-of-age movie that intimately explores the emotions of a young outcast struggling with her parents’ divorce and her classmates’ teasing. While not groundbreaking by any means, A Whisker Away is charming in its simplicity and in its willingness to be silly.

Watch This If You Like: Whisper of the Heart, The Cat Returns, cats.

Czech director Jan Svankmajer takes dark and surreal approach to Alice in Wonderland that actually may be the most spiritually true adaptation of Lewis Carroll’s classic children’s book. Alice is a stop-motion animation and live-action hybrid film that follows Alice (Kristyna Kohoutova) as she goes through all the expected beats of Alice in Wonderland — the White Rabbit, the imbibing of strange cookies and drinks that make her grow or shrink, the strange tea party with the Mad Hatter and the March Hare, the venomous Queen of Hearts — but with an escalated sense of unease. The bizarre characters of the familiar magical world are no longer cute, but eerily threatening, taking the form of taxidermied animals, Victorian dolls, and frightening sock puppets with sharp, rusty nails for eyes. Alice digs into the uncanny foundation of Alice in Wonderland, highlighting the strangeness of a young girl (played with a creepy stoicism by Kohoutova) who will just eat whatever’s in front of her. Alice is a movie that sets your teeth on edge, like a finely manicured nail resting an inch from a blackboard, threatening to make a deep, screeching noise. It’s deeply uncomfortable in the way that children’s films from the ’80s were, but impossible to look away from; it’s use of stop-motion too impressive and its macabre surrealism so watchable.

Watch This If You Like: Coraline, Spirited Away, City of Lost Children, Pan’s Labyrinth, nightmare fuel.

Originally created in 1967 by Osamu Tezuka (the “Godfather of Manga” behind highly influential children’s manga like Astro Boy and Kimba the White Lion), Dororo is alarmingly dark for a series created for children. The premise of the original manga revolves around the adventures of a ronin named Hyakkimaru and a young urchin named Dororo who roam feudal Japan battling demons, but the backstory of Hyakkimaru is quite grim — the ronin was born without limbs, facial features, or internal organs due to a pact with the demons made by his father, and he must defeat the demons to gain back his body. Dororo was made into a 1969 anime that was criticized for its violence, but the new 2019 remake would lean into the grim aspects of Dororo‘s premise. Carnage and bloodshed are plentiful in the sleek 2019 Dororo, which follows the same basic premise but highlights the sorrows of war during feudal Japan, focusing on the plights of everyday people who are butchered by samurai as much as it stages an awesome fight between Hyakkimaru and the demon of the week. The result is one of the best ronin anime in recent memory.

Jorge Garcia never got the ticket to stardom he deserved after getting his breakout role in Lost. The actor appeared in various TV shows, comedies, and Weezer album covers, but couldn’t land that major lead role that would do him justice. But in this contemplative, serene Chilean drama by first-time director Gaspar Antillo, Garcia finally gets that. In Nobody Knows I’m Here, Garcia stars as a lonely former child singer who enjoys a life of anonymity in southern Chile. But his life away from the spotlight soon changes when a woman named Marta arrives and befriends him. As a young child, Garcia’s Memo had an angelic voice but plain looks, resulting in his father taking a deal with a recording producer to have Memo be the voice behind a handsome young teen idol. But a violent incident led to Memo’s current life of solitude, which is unearthed as Memo and Marta grow closer and Memo agrees to sing for her. Garcia, who has often been typecast as a friendly, cherubic comedic presence, gives a hulking, physical performance in Nobody Knows I’m Here, an unusually haunting take on the showbiz story.

Watch This If You Like: Singin’ in the Rain if it was 100% more contemplative and sad. 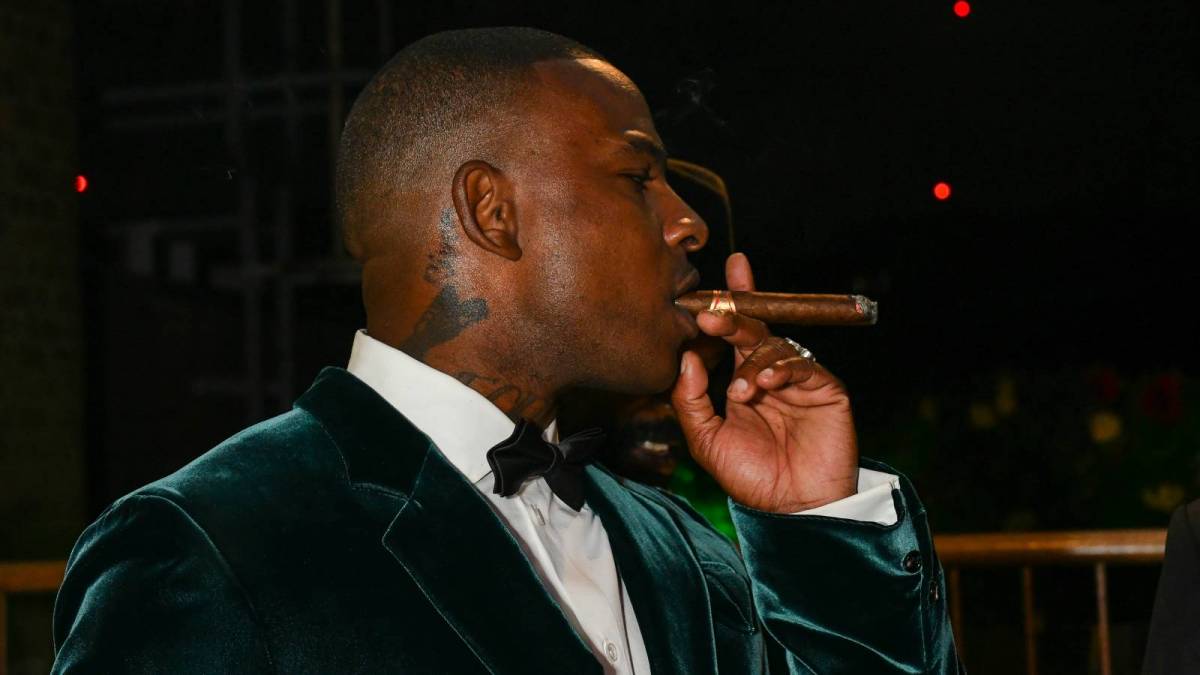 #Skepta Calls Being Just A Rapper ‘A Waste Of Talent’ 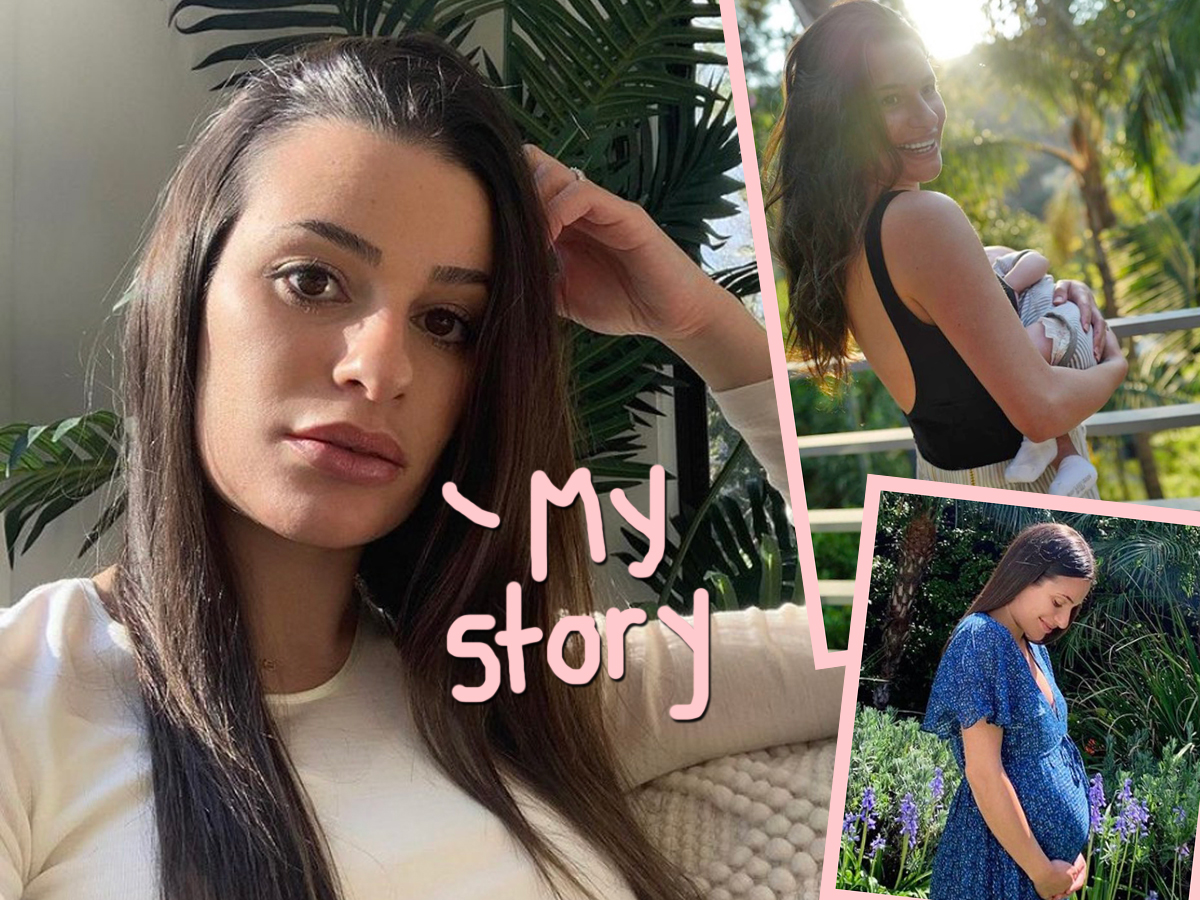 #Lea Michele Shares Story Of Her ‘Very Intense, Very Scary Pregnancy’: ‘It Was The Lowest I’ve Been In My Entire Life’