“Only an intellectual could ‘justify’ these riots”

A protester carries a US flag upside down, a sign of distress, next to a burning building in Minneapolis.
AP

George Orwell’s timeless admonition, “Some ideas are so stupid that only intellectuals believe them,” has been given new life by the desperate efforts of pundits, scholars and Twitter blue-checks to defend the violence, looting, disorder and general monstrousness that have overtaken America’s cities.

The glorification of mob violence and petty criminality that was one of the disgraceful hallmarks of bien-pensant thinking throughout the 20th century resonates through every tweet, ­every deep TV observation and every piece of writing that casts the coast-to-coast destruction and anarchy in a positive light.

A Northwestern University journalism professor named Steven Thrasher took to Slate to offer this analysis: “The destruction of a police precinct is not only a tactically reasonable ­response to the crisis of policing, it is a quintessentially American response, and a predictable one. The uprising we’ve seen this week is speaking to the American police state in its own language, up to and including the use of fireworks to mark a battle victory. Property destruction for social change is as American as the Boston Tea Party. . . .”

#One of three missing men’s bodies found on Mount Rainier

Sure, that’s why “protesters” in New York City set NYPD vans on fire. It’s why a “protester” in Seattle was seen carrying a strawberry cheesecake from a Cheesecake Factory — as she sported a mask to protect herself from contagion.

It’s why Somali immigrants who spent their life savings opening restaurants in Minneapolis lost everything in a single night — and even as they began to clean up the debris from a business that will likely never reopen, told Minnesota Public Radio that they, too, felt grief and anger at the killing of ­George Floyd.

Thrasher’s effort to turn an act of wanton arson and wholesale destruction into an episode of “Schoolhouse Police State Rock” follows directly in the path of Norman Mailer’s groundbreaking 1957 essay “The White ­Negro,” whose purpose was to infuse rank inner-city delinquency with social significance:

#Jets mailbag: Sam Darnold hasn’t earned his next deal yet

“It can of course be suggested that it takes little courage for two strong 18-year-old hoodlums, let us say, to beat in the brains of a candy-store keeper . . . Still, courage of a sort is necessary, for one murders not only a weak 50-year-old man, but an institution as well, one violates private property, one enters into a new relation with the police and ­introduces a dangerous element into one’s life. The hoodlum is therefore daring the unknown.”

The difference between the hoodlums of Mailer’s day and the antifa “insurgents” of Thrasher’s and our time is that our insurgents are fully aware there is a phalanx of media and academic apologists at the ready, who will not only excuse their behavior but laud it. This both provides them internal psychological cover for the unleashing of the evils inside them and a vocabulary to explain away the evils they release.

Making excuses for rampant violence has been a reflexive habit among the cognoscenti in the United States since the 1960s, from the Leonard Bernsteins hosting the Black Panthers at the elegant party ­immortalized by Tom Wolfe in his essay “Radical Chic” to the aftermath of the 1977 New York City blackout, when the looting of entire neighborhoods causing more than $1 billion in damage ($4.5 billion in today’s dollars) was justified in the op-ed columns of The New York Times as a consequence of (wait for it) a cutback in city-provided teenage summer employment.

Ideological partisans of all stripes face this temptation every day — the temptation to believe that those who seem to be making the same argument you make but then add violence to the mix only do so out of an excess of zeal. In other words, the violent people may be wrong in their tactics, but their passionate loathing of injustice simply got the best of their good intentions.

Perhaps they feel it necessary to do so because they don’t want the bad behavior to discredit their beliefs, or because they can’t bear to examine their ­beliefs in light of the violence and wonder if they are a part of what made the violence happen.

Or they double down and come to think that the violence is a mark of virtue — that the ­violent are even more committed than the cowardly couch potatoes who sit on the sidelines bemoaning injustice but refuse to put it all on the line. That was also the story with the cop-killing and bank-robbing terrorism by the Weathermen and others that erupted from the anti-Vietnam-War student protests.

The perpetrators were romanticized rather than vilified. That was half a century ago. And the spiritual virus that provided such rancid moral “immunity” has surged anew with a recurrence of the evil.

#To keep the streets safe, New York City needs its crowds back #OpinionNews 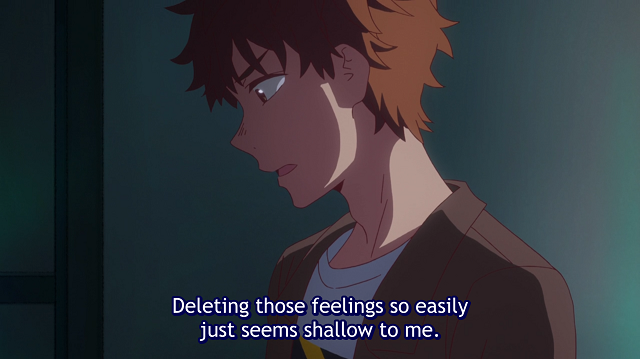 #FEATURE: Rent-A-Girlfriend Is The Best Romcom In Ages #How to manage water systems for long-term sustainability