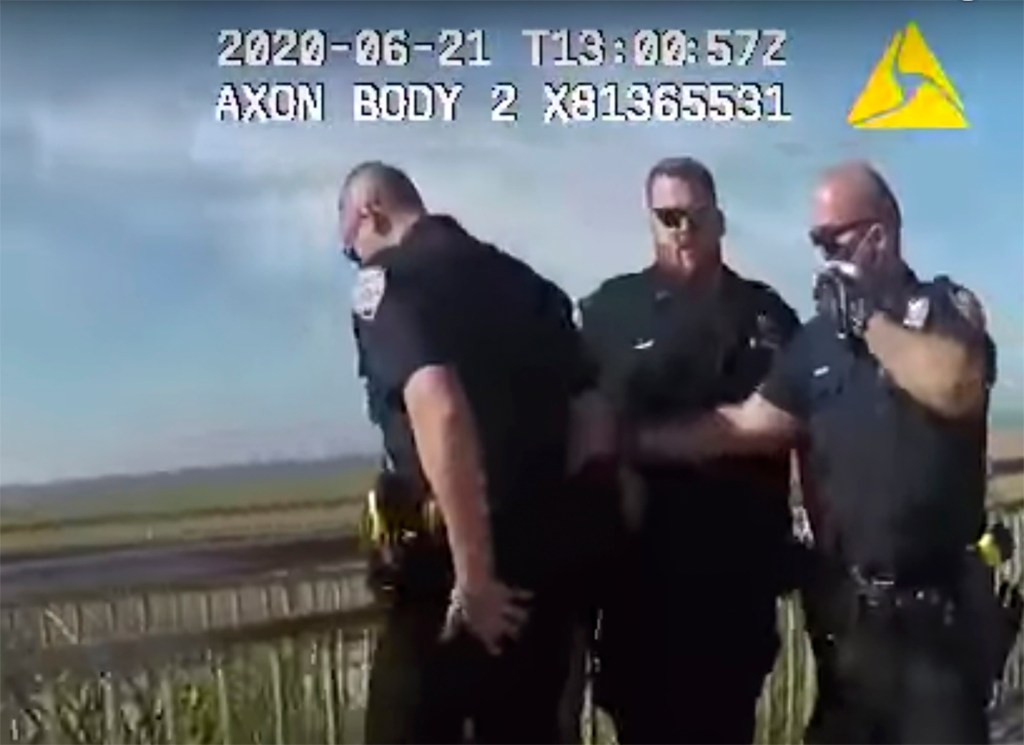 In this photo taken from police body cam video, New York Police officers, including officer David Afanador, right, arrest a man on a boardwalk in New York’s Rockaway Beach. Video showed Afanador with his arm wrapped around the man’s neck. 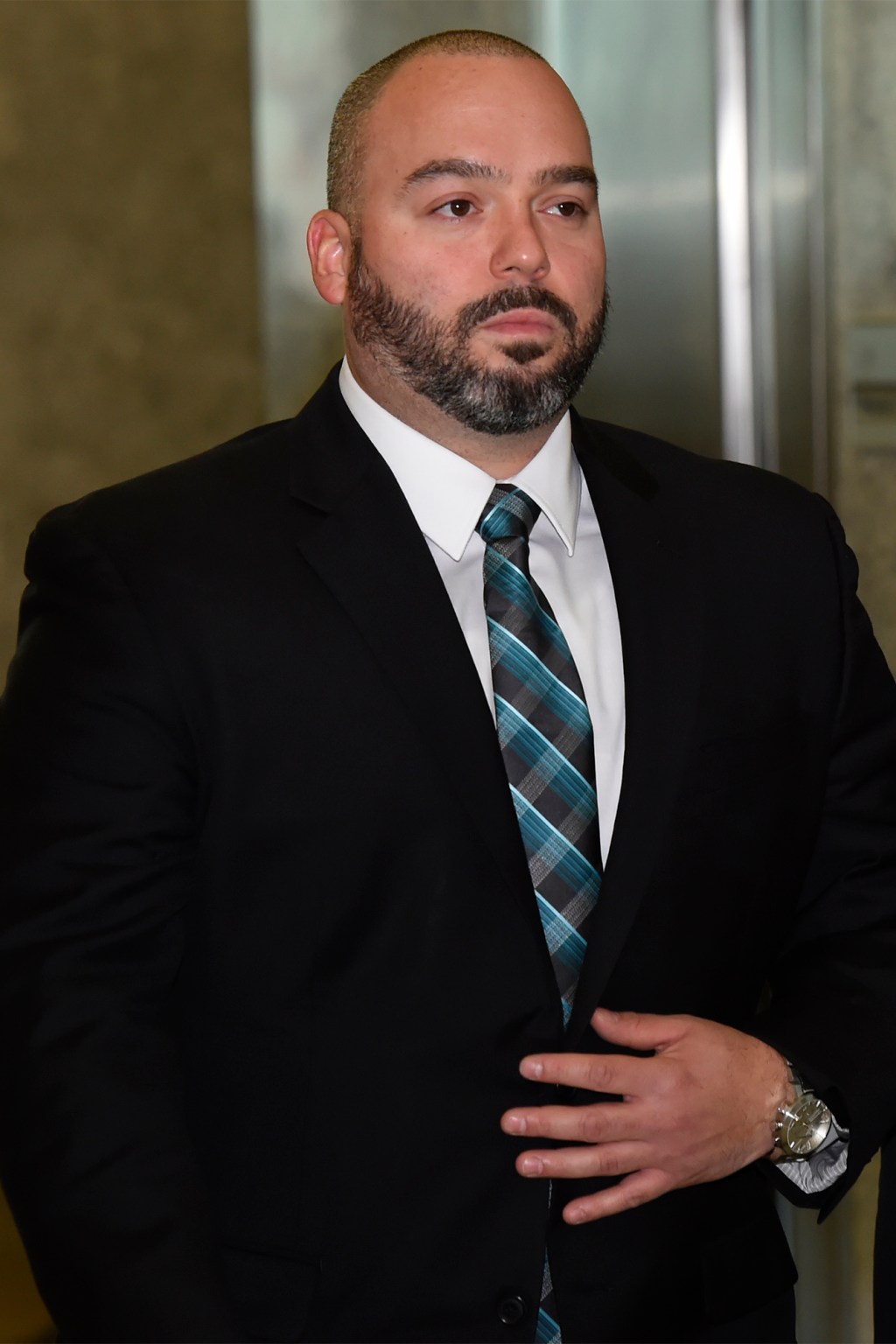 The US economy shrank at a 5 percent rate in…

The NYPD officer who is accused of putting a man in an illegal chokehold during a Queens arrest captured on a now-viral video was arrested, charged, and released without bail Thursday.

Officer David Afanador, 39, was cut loose at his arraignment in Queens criminal court after being arrested Thursday for attempted strangulation and strangulation over the alleged choking on Sunday in Far Rockaway.

The charges were bail eligible, but assistant district attorney Christine Olivieri agreed the cop is not a flight risk.

“We believe he will come back to court to answer these charges,” she said.

The judge ordered him to turn over his passport and report back to court on August 3.

Afanador’s lawyer, Steven Worth, argued his client voluntarily turned himself in and has strong ties to the community after serving in the NYPD for 14 years.

“He will fight this case vigorously,” Worth said in court. He added that Afanador’s career and pension depend on the outcome of the case.

Earlier this month, Gov. Andrew Cuomo signed into law a bill that makes the use of the maneuver by police officers a felony.

Queens District Attorney Melinda Katz said in a statement announcing the officer’s arrest that her office has “zero tolerance” for police misconduct.

“The ink from the pen Gov. Cuomo used to sign this legislation was barely dry before this officer allegedly employed the very tactic the new law was designed to prohibit,” Katz said in the statement.

“Police officers are entrusted to serve and protect and the conduct alleged here cannot be tolerated,” she added.

Afanador was one of four cops who arrested 35-year-old Ricky Bellevue on the Rockaway Boardwalk in the caught-on-video incident.

As the three other officers cuff Bellevue, Afanador appears to have his arm around the man’s neck as he goes limp, video shows. # Bitcoin, Bukele and a bevy of central bankers meet in El Salvador