Weeks of anticipation built before the time came for the WWE debut of Karrion Kross. One of the company’s hottest signings formally arrived during the May 6 episode of NXT with the stunning Scarlett by his side repeatedly mouthing the words “Fall and Pray.” Even before the bell sounded, this devilish duo stood out thanks to a mesmerizing introduction. One couldn’t look away.

Coming off an impressive showing at NXT’s TakeOver: In Your House, Kross is looking forward to what’s next. We sat down with the imposing figure to learn who he and Scarlett have their eyes on Wednesday nights, and the method to the madness behind his character.

What was your early impression of WWE after you initially met with them?

Karrion Kross: Everything has been outstanding. It’s hard to summarize how much ground we covered in such a short period of time. Everything from my experience has been extremely efficient and professional.

Characters in pro wrestling really are a lost art. What was the thought process and creative input you’ve had behind what we’re seeing on NXT TV?

I love how you mention characters are a lost art; I feel it’s a lost art as well. I think there is a lot of flexibility that can be exercised in terms of creating something for our viewers. Things don’t always have to be A,B,C in terms of how basic something is. If you want to create something really cool and really special, I don’t believe it’s going to be simple. It’s complex. Complexity takes time. Complexity takes patience. Complexity takes energy. What people are seeing on television in terms of the Karrion Kross presentation has been something I’ve been working at for years.

I have been afforded the opportunity of expanding on something that I have been refining for many years. I think that is why it comes off as well as it does, aside from all the people that put the time, energy and patience into helping me create what you see in the ring with Scarlett as well. It’s pretty awesome. On a personal note, her and I have had a lot of synchronicity in our lives together [as a real-life couple]. I am in a funny way not surprised it wound up happening professionally as well. There are these things you can’t really orchestrate in life. They just sort of happen. You can acknowledge them as coincidences or acknowledge them as something the universe is trying to tell you. Being able to do this is absolutely awesome. It has been fun.

As far as inspirations, what are some outlets you pulled from in crafting the character?

I had a lot of recreational interest in Greek mythology growing up. I’ve had a lot of recreational interests in sociology and psychology, reading case studies and papers. I think understanding the nature of people helps you self-reflect and helps you become self-aware. From that standpoint, you have a better understanding about the world around you. I think this is the business of getting to know people and attempting to elicit an emotional response from people. I think that is what we do. We are trying to make people feel things.

[So] in terms of my inspirations, I’d say mythology, definitely film. One of the main ones people are able to see is Bronson with Tom Hardy. I’ve gotten a lot from that film. To throw another one out there, Brian Pillman was always a big inspiration. I can’t really say one thing in particular. If I give you all the inspirations, we’ll be here for days. But when I’m inspired by these things it’s not necessarily to emulate them. I more or less have been attracted to the energy certain actors and professional wrestlers, WWE superstars have put out. I’ve always tried to bring to life and manifest that magnetic thing they have. That great intangible.

What was your reaction when you were told you’d join the NXT brand?

I was thrilled to find out that was the direction we were going to go in. I would have been thrilled to receive any sort of direction we would be going in. I was determined, as I still am, to make this the best thing anyone is ever going to see out of me.

Your win against Tommaso Ciampa at In Your House last Sunday really impressed the audience, given the response on social media. A definitive and convincing way of introducing you on a big show. How did you feel your first NXT TakeOver event went?

[Ciampa] is a total professional and one of the toughest people I’ve ever met in my entire life. It was great to be able to create something with him so many people enjoyed, especially in these times. It was violent, physical and both of us felt it was exactly what the show needed in the spot it was in. Watching your debut with Scarlett on NXT, you think about how cool it would’ve been to experience live. Was it especially challenging for you to make your first appearance memorable given the fact no fans were there in person to react?

The challenges are there any time I go to work. Not just going to work, getting up in the morning and training as hard as I can. I’ve always looked to create challenges. You learn things about yourself with a challenge. In terms of not having the fans there, of course I miss them. However, I’m in a state in my life where I’ve never been this hungry before. It’s one thing to get here; now it’s about showing your worth and giving people what they want to see. I’m so hungry for everything right now. It’s such a motivated place.

I could run through a wall whether there are people or not. I’d run through three or four walls if I have to. It’s not a problem. It didn’t occur to me consciously as a challenge. I’m sure subconsciously it did. I know the people are at home though, and I engage with them on a daily basis in some way or form. I put myself in a place where I think about what this is going to look like for people watching at home. I create from that.

It seems like the character is perfect for this sort of environment with all the mystique surrounding him. The way you and Scarlett look at the camera, and make sure to engage with the fans at home—the little things mean so much.

We’re going for that. I’m glad you picked it up. We’re keeping this always in mind. This is for the people.

You’ve honed your skills working for a number of promotions, including Impact Wrestling and Lucha Libre AAA Worldwide. What have you learned from your WWE time thus far?

I learn something new every single day I’m at work. When I was at the [WWE] Performance Center back before all of these things started to happen, I was learning every single day I was there. It’s a really funny thing in sports entertainment. You can never learn enough. That was something I wasn’t expecting and really attracted me more to this. I’m a person who enjoys the process of learning. I feel like learning and expanding on your own knowledge is becoming more valuable to yourself and the people around you. So having the opportunity to learn from people that have been in this business forever is amazing. It’s difficult for me to expand on that because I’ve learned so much, even in unexpected ways. I feel like I’m the best version of myself right now. The cool part about it is I know a year from now, I’ll be even better.

After a victory over a top superstar like Ciampa, who do you want to work with next?

I gauge what I want to do with what people want to see. I think that is always the best thing to do. It has served me very well. I have my ear low to the ground and am paying attention to what people want to see. I know the company is as well. They always have. I think collaboratively we’ll find the right direction. That direction will be very evident this week on NXT. So, I would definitely encourage people to catch it. I think a lot of questions will be answered.

#‘The Alienist: Angel of Darkness’ Trailer: Dakota Fanning is a Renegade in a Corset 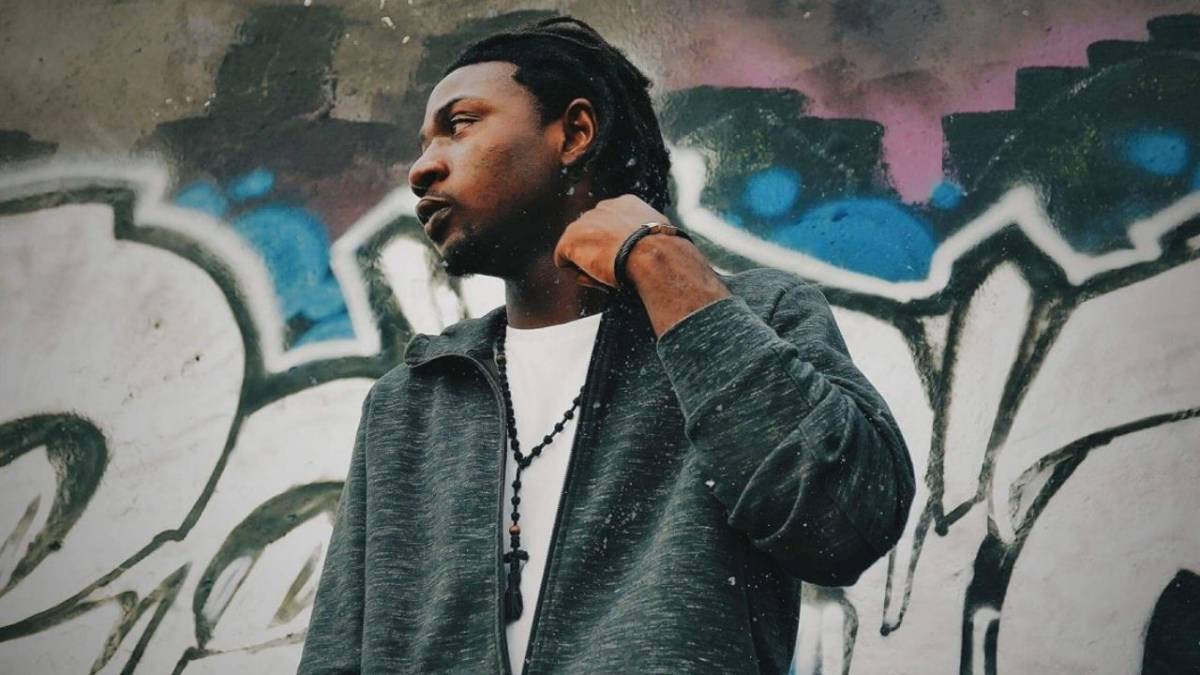 #Joker, Deathstroke and Darkseid Are All Unleashed in the Latest Snyder Cut Footage