We have now been given our first official look at Netflix’s upcoming Enola Holmes, with the newly released images giving us a glimpse of not only Stranger Things star Millie Bobby Brown’s titular sleuth, but also of her big brothers Sherlock and Mycroft Holmes, played by The Witcher star Henry Cavill and The Hunger Games: Catching Fire breakout Sam Claflin, respectively.

Millie Bobby Brown looks suitably concerned and inquisitive in the images, while it looks like Henry Cavill will be playing a much more imposing version of Sherlock Holmes than audiences are perhaps used to. The movie is an adaptation of the mystery-thriller book series of the same name, written by Nancy Springer. Enola Holmes chronicles the adventures of Sherlock Holmes’ younger sister Enola (a creation of Springer’s and not part of the established canon) who, when her mother disappears, decides to become a super-sleuth in her own right.

Running away to London where she establishes a clandestine private detective career specializing in missing persons investigations, Enola must also keep ahead of her brothers who are determined to capture and force her to conform to their expectations.

The movie is directed by Harry Bradbeer and written by Jack Thorne. Bradbeer has seen a lot of success recently with the likes of the hit series’ Fleabag and Killing Eve, whilst Thorne is the writer behind the movie Wonder and last year’s adaptation of His Dark Materials. Alongside Henry Cavill, Sam Claflin, and Millie Bobby Brown as the title character, Enola Holmes stars Fiona Shaw, Adeel Akhtar, and Frances de la Tour, as well as Helena Bonham Carter as Eudoria Holmes, Enola, Sherlock, and Mycroft’s mother.

“What you’re watching is a young girl trying to find herself in hectic chaos that she doesn’t really know how to handle, but that’s just kind of life in general for a teenage girl,” says Brown, who has seen huge success since her standout performance as Eleven in Netflix’s hugely popular sci-fi/horror series Stranger Things.

The direct behind Enola Holmes has lauded Brown’s “extraordinary level of spontaneity and invention” as well as her bravery, with the actress throwing herself into the physical aspects of the role. “Whether you were dunking her in a bucket of water and trying to drown her or throwing fireworks at her, she was just so up for it”, he said of the 16-year-old star.

Outside of the movies though, Enola Holmes has already found herself in some trouble, with the estate of Sherlock Holmes author Sir Arthur Conan Doyle currently suing Netflix, Legendary, and the author, writer, and director behind the upcoming movie over copyright and trademark issues. The suit claims that, despite most of the original Sherlock Holmes now being in the public domain, this does not pertain to Doyle’s last 10 stories about the character. The claim is that the Enola Holmes book series, and therefore the upcoming movie, borrow certain elements from these stories, namely the famously stoic detective’s emotional state.

How that all turns out remains to be seen, but, for now at least, Enola Holmes is due to be released by Netflix sometime in September. These images come to us from USA Today.

#The Real Story Behind ‘Da 5 Bloods’

#The garbage bag is back #The Cinematic Influences of ‘Benedetta’ 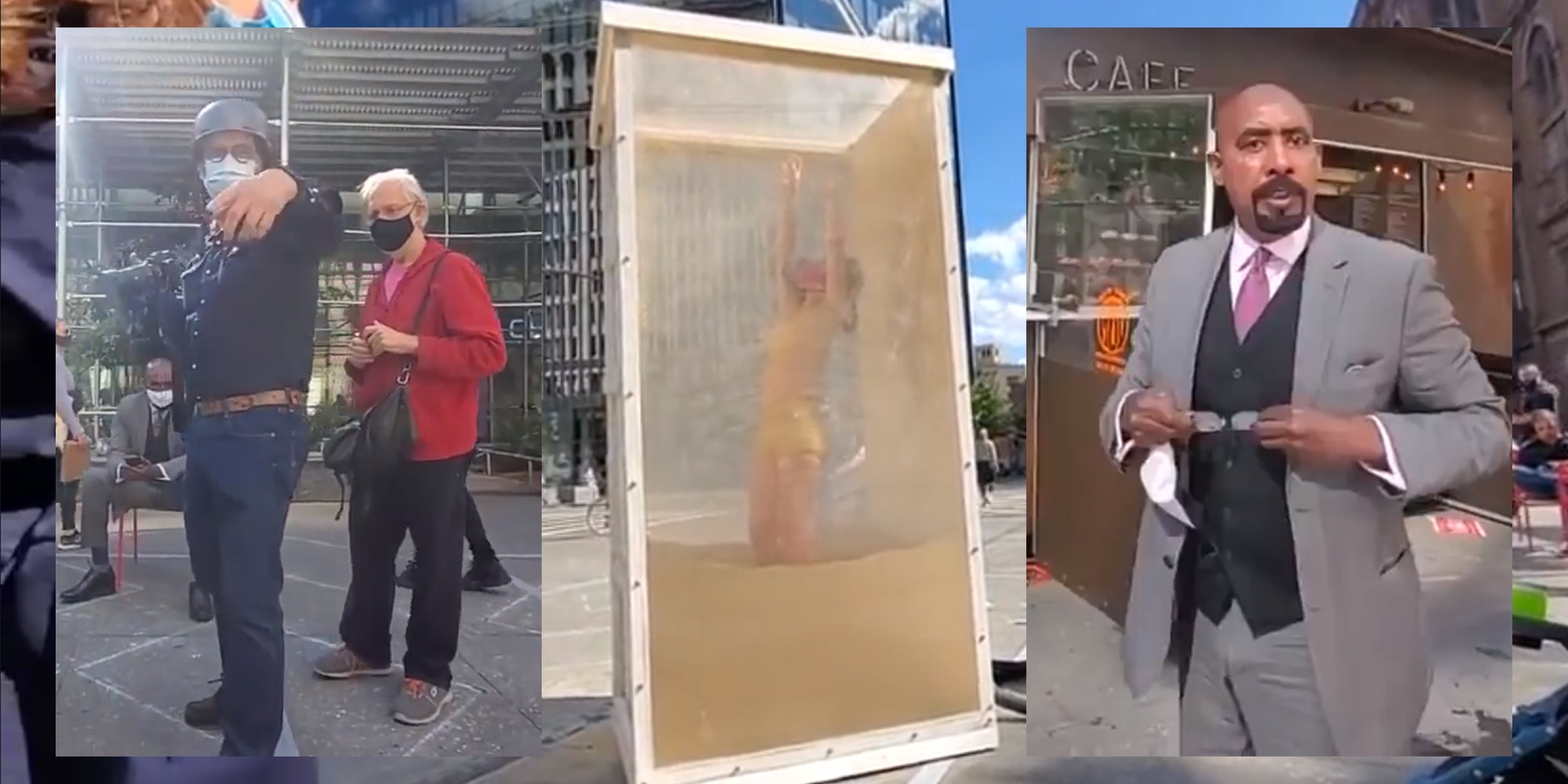