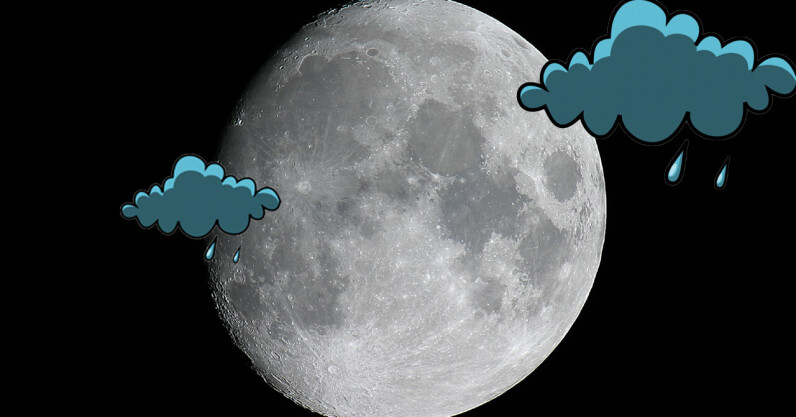 Outer space is so often called a “cold void” that it’s easy to forget there’s weather up there too. You won’t see any thunderstorms or tornadoes in space, but our sun’s been cycling through various “seasons” for millions of years and scientists think they’ve figured out how to predict “extreme” weather events in our neck of the universe.

A team of researchers from the University of Reading today published research indicating the window for good weather might be closing for NASA’s plan to send a crewed spacecraft to the Moon in 2024.

Here we use the 150-year aaH record of global geomagnetic activity with a number of probabilistic models of geomagnetic-storm occurrence to test a range of hypotheses.

We find that storms of all magnitudes occur more frequently during an active phase, centred on solar maximum, than during the quiet phase around solar minimum.

We also show that the available observations are consistent with the most extreme events occurring more frequently during large solar cycles than small cycles.

Finally, we report on the difference in extreme-event occurrence during odd- and even-numbered solar cycles, with events clustering earlier in even cycles and later in odd cycles.

In other words: the researchers determined that periods of extreme geomagnetic activity as measured on Earth can be attributed increased solar activity. By timing these “cycles,” the researchers hypothesize they can determine when extreme solar weather events are most likely to happen.

And, of course, the bad news is that we’re not far from entering one of these cycles.

Per a university press release:

The findings could have implications for the NASA-led Artemis mission, which plans to return humans to the moon in 2024, but which could be delayed to the late 2020s.

This could be problematic for NASA’s Artemis mission. The crewed Moon mission already exists on a truncated timeline and many experts believe 2024 is simply too soon for a viable, crewed mission.

One of the problems was that former president Donald Trump pushed NASA to move its original timeline of 2028 up to 2024 for apparently political reasons.

Luckily for NASA, the program appears to have survived the transition to the Joseph Biden presidency, but the 2024 date may be in jeopardy.

The problem: The scientists’ warning indicates extreme weather events are more likely from 2025 and on, until the next cycle starts toward the beginning of the 2030s. But this isn’t exactly a showstopper.

If you think about it like terrestrial “extreme weather,” it’s easier to understand. If there’s a storm in Cape Canaveral, we aren’t launching any space craft that day. And if there’s a hurricane, we might delay launch by days, weeks, or even months.

In space things are a bit different. We’re not so much worried about getting rained out as we are ensuring we’re taking all the environmental factors into consideration as we plan to, essentially, light a tiny piece of metal with people inside of it on fire and shoot it 384,400 kilometers into space. That’s the kind of thing you need to get the math just right for.

Quick take: This is absolutely no reason to speed up the launch. We’re not talking about moving your wedding date up a few days to avoid some cloudy days, we’re talking about risking the lives of humans in a mission that’s already been needlessly bumped up for PR purposes.

2028 is starting to sound like a more reasonable timeline again.

#The best NYC food businesses to emerge from the pandemic #Why Aren’t Digital Games Cheaper Than Physical Ones?