“Most Lavish Celebrity Christmas Gifts Of ALL Time!
“

It’s the most wonderful time of the year… especially if you’re in with one of THESE celebrities!

Forget stockings full of knickknacks and a few gifts under the tree, Hollywood’s hottest truly go above and beyond this time of the year. We’re talking sports cars, one-of-a-kind fashion statements, and even houses! Yes, really! This is gonna make you want to start editing your wish list ASAP — that is if you think Santa can afford any of these gifts!

Related: Stars Who Lost ALL Their Money!

Back in the day when Kanye West and Kim Kardashian were on better terms (and married, for that matter), he gifted Kim FIVE Mercedes-Maybach SUVs. What does someone need with so many cars?! Just saying!

The exchange occurred in 2020 and it cost Ye a pretty penny — reportedly about $200,000 each or $1 million altogether! Whoa! Details on the specific cars are unknown, but Kim did show off her impressive collection (below).

Who needs a car when you could have a snowmobile? In 2019, Nick Jonas made Priyanka Chopra’s dream come true with a brand new “bat mobile” delivered to her by Santa himself! Check it out:

How many times do you think she’s ridden it since? LOLz!

Oookay, this is an odd one! In 2016, Jennifer Aniston revealed she once gifted her bestie a… toilet? Umm. Was a porcelain throne really on someone’s Xmas list?! On why she felt this was the perfect gift, the Friends star told Parade at the time:

“I gifted someone a Toto toilet, which I thought was fabulous. Who doesn’t love a Toto toilet? I thought that was a great gift. Once they experienced it, they were like, ‘What have I been doing my whole life with this ordinary toilet that doesn’t talk to me? It’s like you have a friend waiting for you.’”

If that isn’t the boujiest thing we’ve ever heard. LOLz!! These days, Toto toilet’s two-piece products (the company’s most popular) range from $365 to over $8,000!! Meanwhile, their Neorest line (which Drake gifted DJ Khaled in late November) goes for $5k to $20K! Check out what Jen’s gift may have looked like (below)!

Dwayne “The Rock” Johnson goes above and beyond for his loved ones, none more so than his momma, Ata Johnson. Not once but twice he’s gifted her with a life-changing surprise on Christmas! Momma raised him right!!

In 2018, the Black Adam star kicked things off strong by buying his mother a brand-new home. Then last year, he made her tear up with a new car! Grab a box of tissues and enjoy the heartwarming reveals (below):

Making winter wonderland dream’s come true in any climate! Kevin Hart did the sweetest thing for his children in 2017 when they couldn’t travel to Aspen like usual. Yeah, we know, that’s already pretty lavish, but it gets crazier!

Rather than deprive his kinds of a snowy holiday, the comedian brought the winter to them! Posting a video of his magical surprise on Instagram, the Jumanji star explained:

“I bought aspen to Malibu since we couldn’t go to aspen this year….anything for my kids. #Harts #happyholidays”

So special!!! But we do NOT want to think about how much money it must have cost! Oof.

Kevin wasn’t the only celebrity to invest in his family for the holidays! Luke Bryan and his wife Caroline started a farm called Brett’s Barn in February 2017 in honor of their late 7-month-old niece. To celebrate the holidays, they welcomed two new members to the barn — and they definitely weren’t your average barn animal! Nope, the family got kangaroos!! Ch-ch-check them out!

Now, how did Santa get those joeys down the chimney?

Travis Scott has some high expectations to live up to! Back in the day when Kylie Jenner was still linked to Tyga, the rapper gifted her a truly show-stopping promise ring in 2015! Just take a look for yourself because words really don’t do it justice!!

Cardi B and Offset looooove a lavish gift!

Every chance they get, they’re showing their affection for one another through gift-giving, and you can bet this act of love spread to their kiddos, too! In 2019, the couple gifted their then 11-month-old daughter Kulture a bedazzled chain necklace featuring blinged-out versions of characters from her favorite show at the time, Word Party.

The WAP vocalist showed off the bling on Instagram, which reportedly cost… drum roll, please…

According to TMZ, the necklace was made up of diamonds, white gold, and brightly colored enamel all designed by jeweler Eliantte & Co.

Now, this is every little girl’s dream…

In 2015, Lady Gaga received a white horse from her record label! We can’t even believe we just wrote that! The Born This Way artist reflected on the shocking surprise on the ‘gram, writing:

“Today on my doorstep was delivered a White Angel from heaven. It felt like the old days of the record business, she’s such a spiritual girl! A heartfelt thank you to John Janick and Steve Berman, the whole Interscope family. I will ride, and care for, and love her forever. I was so surprised!

What a unique Christmas bonus!

Speaking of amazing bonuses, Jennifer Hudson knows how to go above and beyond for her hardworking staff! Way back in 2013, the Dreamgirls alum surprised her assistant Walter with a game-changing gift: his very own home! She explained:

“My assistant Walter’s reaction when he found out I was buying him a house for Christmas!”

Turn your volume up because this is a hysterical reaction that is bound to put you in a good mood! Ch-ch-check it out!

Hah! Honestly, we love this so much! It’s amazing to see a celebrity giving back to their employee in such a generous way! And you can tell how much he appreciates it!

When it comes to the Kar-Jenners, we kind of always expect them to be doing something over-the-top, and this gift was no exception. In 2018, Kim Kardashian bought mini Louis Vuitton bags for all the “baby girls” in the Kardashian clan at the time. Oh, and they were from Japan! Even more extravagant!

This means North West, then 5, Chicago West, then 1, and nieces Penelope Disick, then 6, Dream Kardashian, then 2, True Thompson, then 9 months, and Stormi Webster, then 11 months, all got their own purse! What does a baby need with a Louis Vuitton bag?? LOLz!

She did it again!

Kim Kardashian surprised her daughter North and ex-husband Kanye with another lavish gift in 2013!

She kicked things up a notch this time by splurging on matching cars! And at the time, North was only SIX MONTHS OLD! The Kardashians star snapped a photo of a black Lamborghini (worth at least $200,000) and a mini replica on Instagram, writing:

Turns out Jennifer Aniston wasn’t so crazy for gifting someone a toilet — at least hers was a lot less expensive than this!

Mike Tyson reportedly gifted his first wife Robin Givens a ridiculously expensive gift — and it might have landed him on the naughty list because they split one year later! Whoops! According to HuffPost, he dropped $2.2 million dollars on a 24-karat gold bathtub (see HERE). Unfortunately, once his relationship crumbled, the expensive gift ended up at an auction in 2013 where billionaire Derwood Hodgegrass paid half the price for it. Ouch.

2012 was a record-breaking year for Katie Holmes and her daughter Suri Cruise. According to The Sun, Katie spent $49,000 on gifts for her daughter, whom she shares with Tom Cruise. WHAT?!

The most lavish of the gifts was a $24,000 playhouse made by Sweet Retreat Kids. This was no rinky-dink building either. The playhouse came complete with electricity, running water, heat, a sunroom, and a media room. Damn! She bought her 6-year-old a tiny home! Take a look at the amazing playhouse HERE!

Sometimes, you just need to treat yourself during the holidays!

Justin Bieber knew this way back in 2014! At the time, the pop star took to Instagram to share a picture taken from the inside of a private jet. The wording of the caption made it sound like he had purchased the G4, take a look:

She’s def luxurious! But the Baby artist didn’t actually purchase the plane, and it’s probably a good thing he didn’t since those jets go for $60 million! Instead, he chartered the private flight from Canada to New York City, according to TMZ. Still, we’d consider that the most expensive Uber ride ever, so it was 100% a bit of a Xmas gift to himself!

We have to admit, this one’s a little creepy…

In 2018, Kris Jenner surprised her daughter Kourtney Kardashian with the only present that’s ever made her cry. What could it possibly be? Figurines from the It’s A Small World ride at Disneyland. Seriously!!

This one’s a tearjerker!

When Bhad Bhabie was just 14 years old, she did the most generous thing for her momma — paid off her mortgage worth $64,000! What an incredible thing to do!! To celebrate, the rapper, now 19, shared a video of her mother finding out the good news — take a look:

Sometimes the most lavish gifts are also the most unusual. In 2015, John Legend and Chrissy Teigen proved this when the musician gifted the cookbook author her “dream” of a cheese wheel. LOLz! The Cravings writer revealed:

“John got me my lifetime dream for Christmas! A cheese wheel to dump pasta and risotto in for years to come! My tableside serving game is bout to be liiiiiit! Heading out to relax with the fam now woohoo!”

Kris Jenner really knows how to treat her kids. In 2016, the momager surprised Khloé Kardashian with two original photographs of the iconic Marilyn Monroe taken by the legendary Bert Stern and Richard C. Miller. Amazing! And truly only something a family full of millionaires can gift each other. Just saying!

The cutest thing has to be how excited Kris was to pass off the pics to her daughter. Take a look at the exchange!

Last but certainly not least, the Queen of Christmas literally received a hand-delivered gift from Santa Claus! Last year, Mariah Carey took to Instagram on Christmas to reveal Santa stopped by her home to give her a 1 billion streams plaque from Spotify for her classic song, All I Want For Christmas Is You. The singer happily shared:

“My friend Santa made some time for us last night and stopped by on his sleigh. Apparently, Blitzen had a headache. Hahaha Merry Christmas”

And while we’re at it, how about a listen to get you in the Christmas spirit (below)!

This is getting us in the mood for a very merry holiday… if only we could afford these glitzy gifts!! Anything you’ll be adding to your dream wish list?! Let us know what’s at the top of yours (below)! #The James Bond Movies Ranked by Their Best Moments 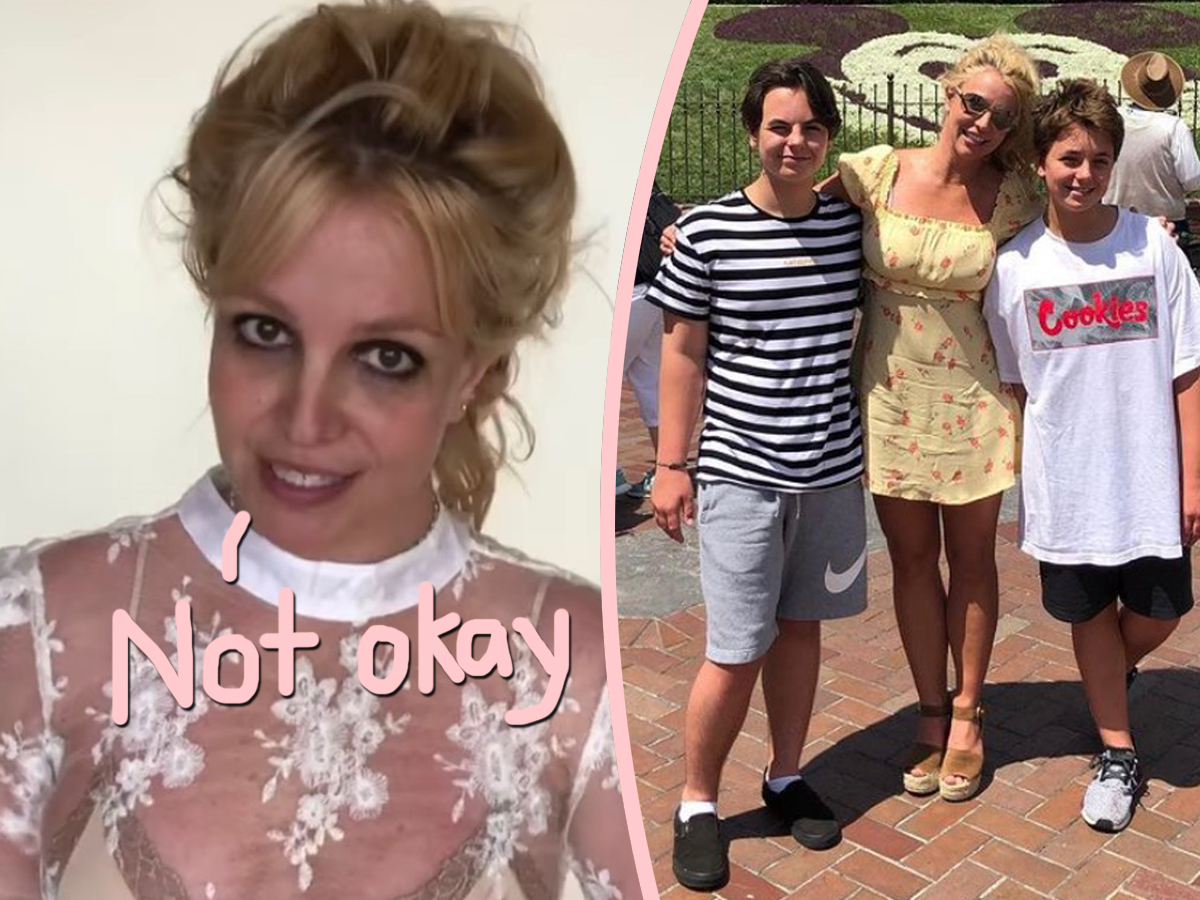 #The Real Reason Britney Spears Is ‘Embarrassed’ By Framing Documentary 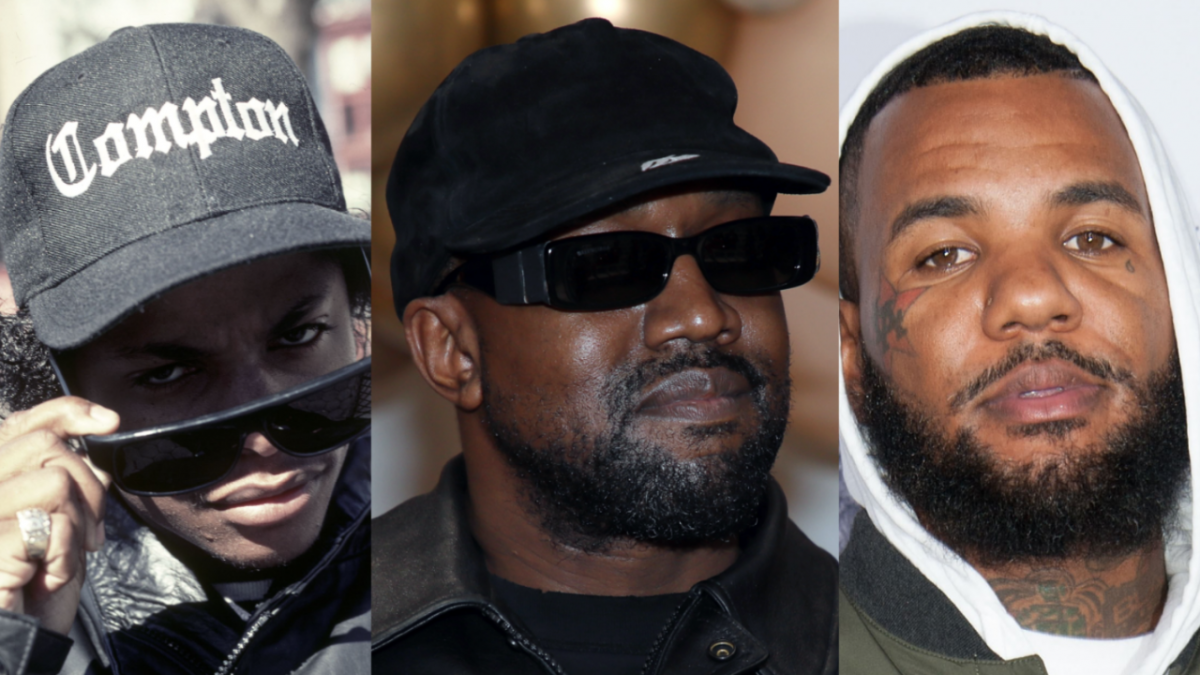