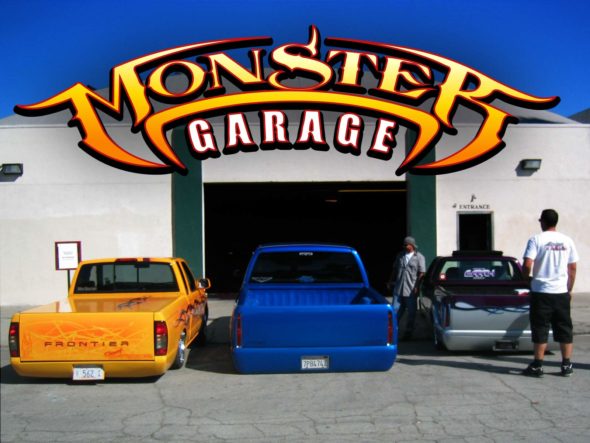 Monster Garage is returning for its seventh season later this month on Discovery Channel and the Discovery+ streaming service. New episodes will see Jesse James and his crew returning to inspire builders of outrageous vehicles.

Discovery Channel revealed more about the return of Monster Garage in a press release.

“Jesse James, legendary fabricator and founder of West Coast Choppers is back with a renewed passion for creating some of the most mind-blowing vehicles to ever drive across television screens. Each week, James, along with a new crew of maverick mechanics will set out to continue his legacy and inspire a new generation of builders. MONSTER GARAGE premieres Monday, August 9 at 10PM ET/PT on Discovery Channel.

Each episode features five builders from diverse backgrounds who are given five days to transform an ordinary street vehicle into a one-of-a-kind monster machine. If proven successful, they leave the garage with $5,000 worth of tools, and Jesse can take the vehicle out for a high-octane monster challenge. But if they fail, James gets to blow it up. Featuring the wildest challenges yet – from constructing the world’s largest pulse jet engine to use as the power source for a vintage Jaguar to turning a typical farm tractor into a dragster, these builds lead to some of the most epic endings in MONSTER GARAGE history.

In addition, James takes another shot at one of the builds from the original series that has been haunting him: The Hovercraft DeLorean – and it will either be a complete failure or one of the garage’s most insane redemption stories. Jesse James is back and better than ever, ready to break all the rules when it comes to custom builds.”

What do you think? Are you planning to watch season seven of Monster Garage on Discovery Channel?

#Trump looking to 'move forward' after meeting with 'cabinet': Meadows

#Yankees’ Gleyber Torres ‘day to day’ after getting hit in elbow

#Walmart says it could partner with Microsoft in TikTok acquisition