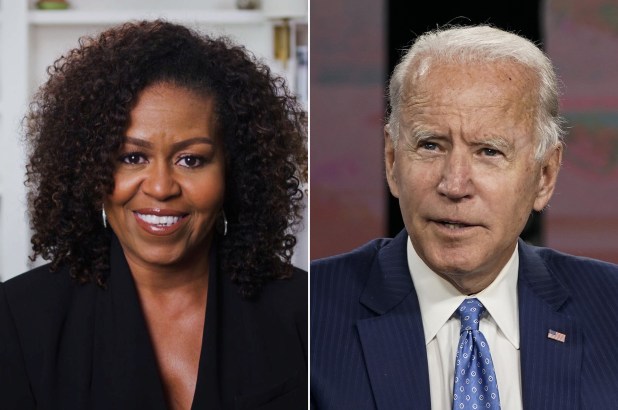 Former first lady Michelle Obama describes Joe Biden as a “profoundly decent man” in her weighty endorsement of the Democratic nominee which will air at Monday evening’s virtual convention kick-off.

In a preview of her headline speech “I Know Joe” released on YouTube, Obama offered an intimate portrait of the man who served as her husband’s vice president for eight years and stressed his competency for the top job.

“I know Joe Biden. He is a profoundly decent man, guided by faith,” she said, before calling him the best person to tackle the coronavirus pandemic which has killed 170,000 people in the US.

“He was a terrific vice president. He knows what it takes to rescue an economy, beat back a pandemic, and lead our country, and he listens and trusts science,” she continued.

“He will make smart plans and manage a good team and he is someone who has lived a life that the rest of us can recognize,” she said.

A beloved figure in the Democratic Party, Michelle Obama’s support for Biden is considered almost as crucial as that of her ex-prez husband.

Sitting in what appears to be her living room in a brown silk blouse, the mom-of-two describes Biden as a relatable working class figure.

“His life is a testament to getting back up and he is going to channel that same grit and passion to pick us all up, to help us heal and guide us forward,” she said.

Since leave the White House, Obama has released a documentary, a book, and a podcast where she claimed to be suffering from a “low-grade depression” caused by President Trump.