If Keaton comes back, will he play his Batman or someone else’s?

I guess Batman Returns wasn’t just a movie title; it was foreshadowing. A few days ago, we learned that Michael Keaton, who played the iconic superhero in Tim Burton’s 1989 hit and the aforementioned follow-up, might reprise the role in DC’s big-screen universe.

According to The Hollywood Reporter, Keaton is in talks to don the mask in the Flash film. However, the deal would involve multiple films in addition to this. His role in the DC movies would be “akin to the role played by Samuel Jackson as Nick Fury in the Marvel Cinematic Universe, something of a mentor or guide or even string-puller.”

This, of course, raises all sorts of questions as to where the DC films will go from here. After all, Warner Bros. has already shifted focus to more standalone projects like Joker and the upcoming The Batman with Robert Pattinson.

Although they still pump out the occasional movie within their shared universe, such as Aquaman or Shazam!, these are fairly self-contained and have little relation to the narrative or characters established in the initial run of films (Man of Steel, Batman v Superman, etc.).

Does Keaton’s inclusion mean that they’re returning to the interconnectivity and overarching storylines that they attempted before? Who knows?

The real question revolves around which type of Batman this would be. After all, Keaton’s no spring chicken, and he supposedly hung up the cape and cowl in the early ‘90s. Given those factors, would the filmmakers use this as an opportunity to pay even further lip service to a certain iconic comic story?

I’m of course referring to The Dark Knight Returns. Written by Frank Miller, this 1986 tale presents us with a Bruce Wayne who is well past his prime. Forced into retirement years prior, he’s eventually fed up with the moral decay and rampant criminality in Gotham. This leads him to take up the fight once again as a far more brutal, uncompromising Caped Crusader.

Because this story proved so popular, it made its way into various animated shows and video games through visual references, dialogue callbacks, and entire anthology segments. These loving nods eventually culminated in a two-part animated film in 2012 and 2013 with Robocop star Peter Weller voicing the titular hero.

It seemed inevitable that Miller’s classic would make its way to live-action in one form or another. One of the more obvious examples came in the appropriately-titled The Dark Knight Rises, the third entry in Christopher Nolan’s Batman trilogy. Here, after remaining a recluse for eight years, Christian Bale’s Bruce Wayne reprises the Batman mantle to combat the mysterious thief Selina Kyle/Catwoman and an ominous mercenary named Bane.

You can easily see hints of the comic arc in the movie’s premise and even its title. However, Nolan and company did not set out to make a straight adaptation of Miller’s work, instead of incorporating elements of it to tell their own tale. It was tailored to fit the grounded world established in the first two entries, Batman Begins and The Dark Knight.

More obvious inspiration came a few years later when Ben Affleck took up the role. Debuting in Batman v Superman: Dawn of Justice, his rendition of the Caped Crusader is a blatant recreation of Miller’s.

He’s been fighting criminals for twenty years; he sports a similarly cynical and merciless mindset; and he quotes the comic at several points, albeit as an excuse for his high body count.

If that wasn’t enough, his costume looks like it was ripped straight off the page. Later on, he also upgrades to the comic’s robotic armor used to fight Superman. Again, this was translated directly from the illustration.

Fast forward another few years, and you see the Miller worship return for yet another round. During Crisis on Infinite Earths, the five-part crossover event combining various CW superhero shows (Arrow, The Flash, Legends of Tomorrow, Supergirl, Black Lightning, and Batwoman), the characters encounter a Bruce Wayne from a parallel universe. Fans were initially excited after hearing he’d be played by longtime Batman voice actor Kevin Conroy, whom many consider to be the definitive version of the hero.

Unfortunately, they were taken aback upon learning that this rendition was a sociopathic murderer who’s wiped out his various enemies, including Superman. Equipped with a robotic exoskeleton (possibly a nod to the aforementioned armor), Old Man Wayne is hostile in attitude and volatile in behavior, spouting lines from The Dark Knight Returns to justify his actions.

However, this doesn’t last long; he dies attempting to kill Supergirl, paving the way for Batwoman to be the “Bat of the Future.”

Given how much attention Miller’s iconic work has gotten, especially in recent years, it stands to reason that the filmmakers and executives wish to take a similar approach with Keaton’s Batman. He’s within the appropriate age range, and the whole “return” element to the story would carry more weight with audiences since they probably witnessed him play the role back in the day.

How about a new Batman?

That being said, the prolific nature of The Dark Knight Returns might also be a hindrance. I would argue that this vision of Batman has been extremely oversaturated. Using it again for Keaton would make an otherwise triumphant reprise feel tired and cliched. Luckily, an alternate route may lie in the film’s premise.

According to previous reports from sites like CinemaBlend, the studio hopes to repurpose what was formerly a simple Flash flick into an adaptation of Flashpoint. Written by Geoff Johns and Andy Kubert, this story arc sees the Flash’s time-traveling antics have dire ramifications for the rest of the DC universe. His goal was simply to save his mother, but doing so inadvertently results in an apocalyptic world with radically different versions of classic DC characters.

One of the more prominent of these is Batman. On a fateful night in Crime Alley, young Bruce is killed by the mugger instead of his parents. In his grief, his father Thomas becomes a gun-toting, booze-swilling, five o’clock-shadow Batman while his mother Martha goes insane and becomes the Joker.

Yeah, it’s out there, but more recent DC movies have tried to bask in the ridiculousness rather than avoid it as they once did. Plus, this concept is not nearly as overdone as The Dark Knight Returns. Several video games have included this version as an unlockable costume; we got an animated adaptation in 2013, and the Flash TV show did a smaller version of the tale without most of the DC roster. That’s it. Apart from those, Flashpoint and its take on Batman remain relatively untouched.

Another advantage of this approach would be the time travel aspect. The X-Men series did something similar with their adaptation of Days of Future Past. By the end of that film, the writers had essentially erased the entries that people didn’t like and started a new timeline.

Considering how uneven the DC movie universe has been up to this point, such a tactic would likely be welcomed by audiences. Basically, it would allow the filmmakers to restructure their cinematic universe in whatever way they see fit. Keaton’s role as a guiding figure akin to Nick Fury would be instrumental in that.

There are no guarantees, especially with Batman.

All of this is pure speculation, however, and it may ring hollow in the long run. For one thing, Keaton may turn down this offer. He’s not exactly starved for work, especially since he’s presumably still playing Vulture in the Marvel flicks.

Also, the cynic/realist in me says that we’ll probably never see this Flash movie. Not only has the premise completely changed since its announcement, but it’s lost so many directors and writers that no one seems to have a clear vision for the Scarlet Speedster. Couple this with the fact that DC is constantly changing their big-screen plans, adding and dropping films willy-nilly, and you’ve got a realm of uncertainty when it comes to superhero entertainment.

If this project does pan out, though, it will be undoubtedly interesting to see what Keaton brings to Batman after almost three decades of growth. How differently will he approach the character? Will he still have it after all this time? We’ll just have to wait and see.

What do you think of this news? Are you excited about Keaton’s return? Which type of Batman would you like to see on the big screen?

All films in the DC movie universe are available to buy at various retail stores, such as Amazon. 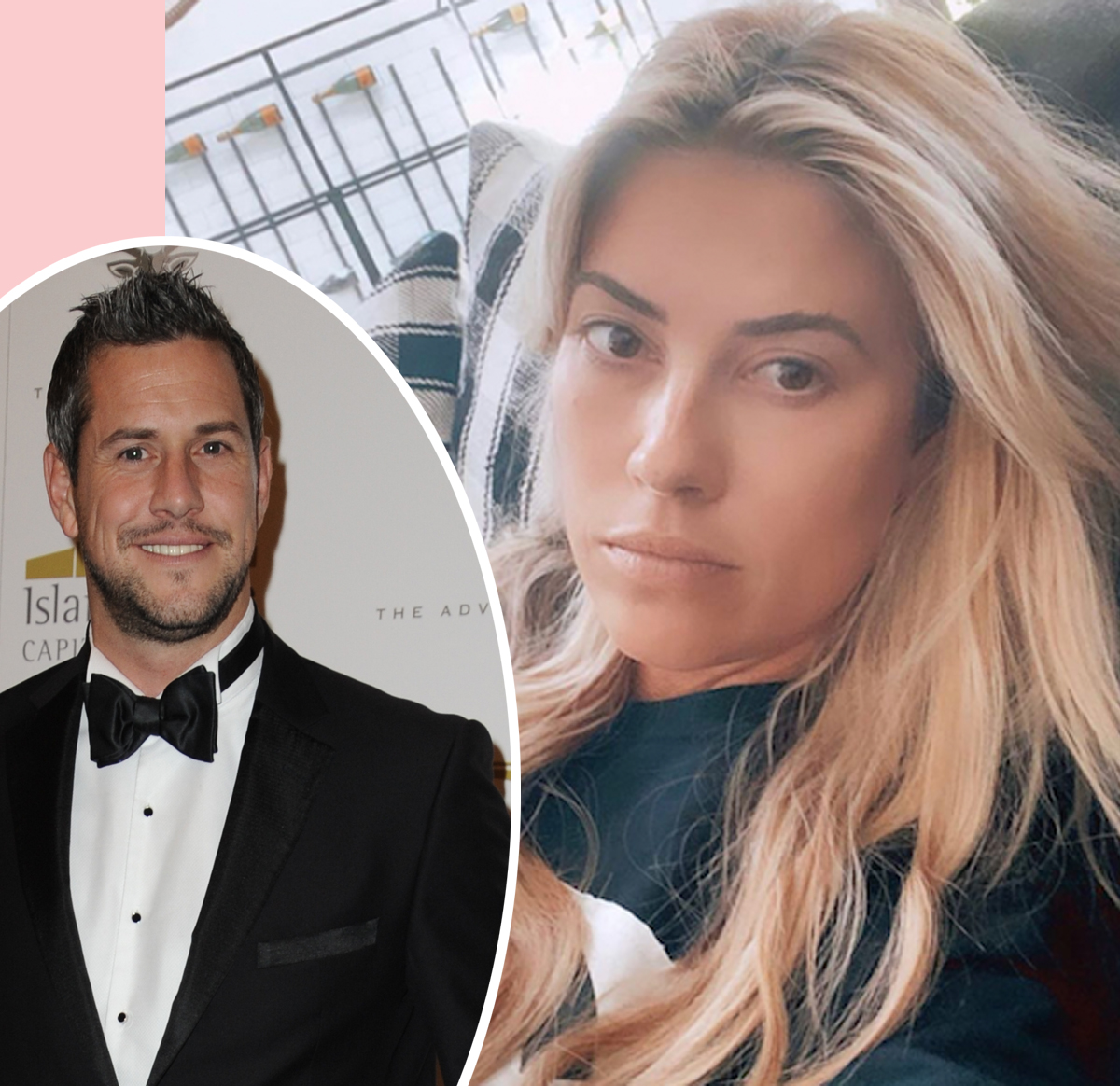