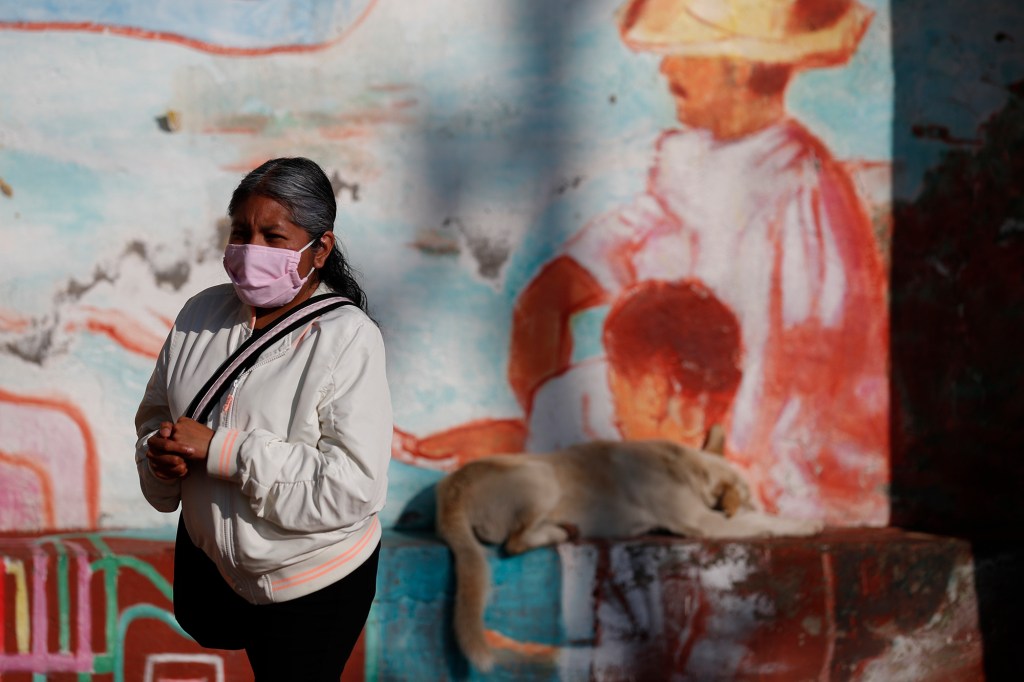 A woman rubs antibacterial gel into her hands as she waits in a distanced line to get tested for COVID-19 at a mobile diagnostic tent in San Gregorio Atlapulco in the Xochimilco district of Mexico City. 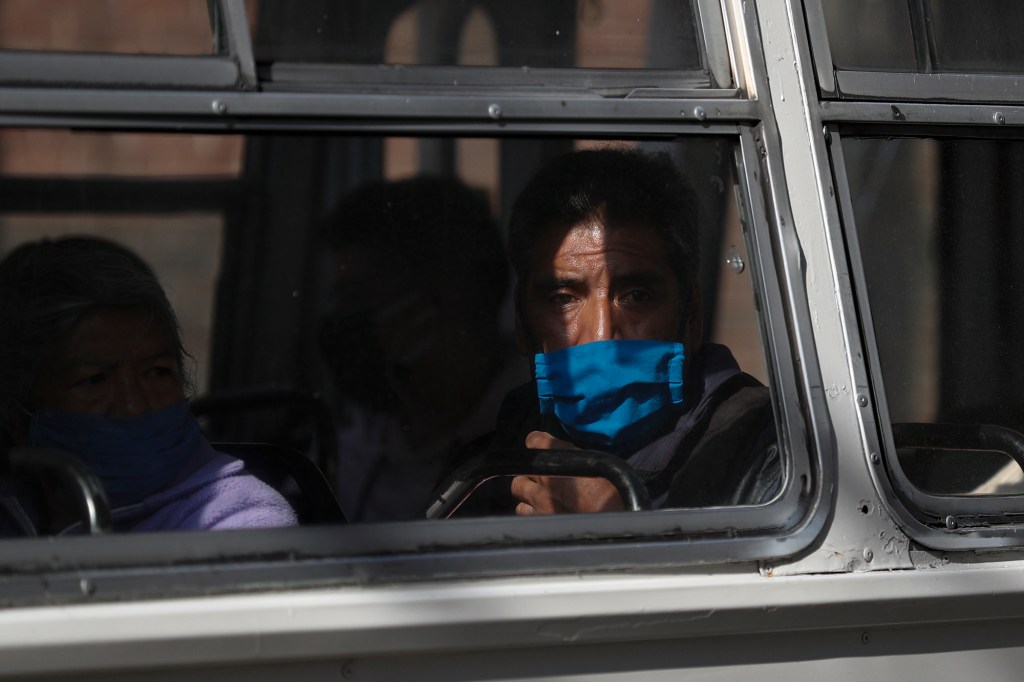 A passenger wears a mask in a public transport bus in San Gregorio Atlapulco in the Xochimilco district of Mexico City. 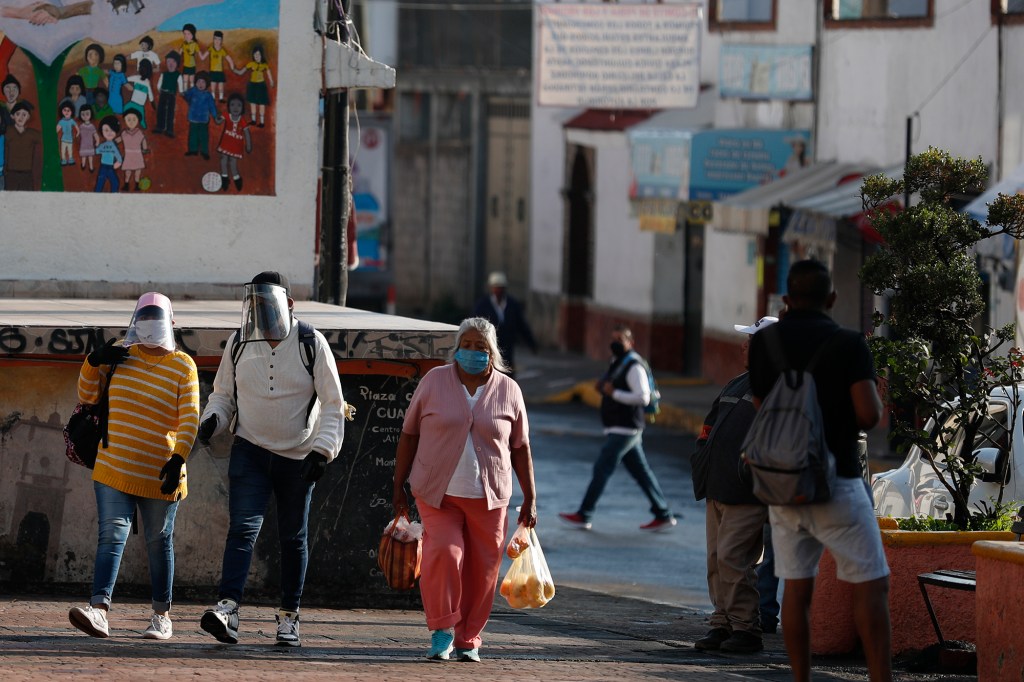 People wearing masks walk in the central plaza of San Gregorio Atlapulco in the Xochimilco district of Mexico City.

“Why didn’t you listen to president — Andrew — Cuomo,”…

MEXICO CITY — Mexico’s anti-monopoly commission said Thursday it is looking into possible price-fixing or monopolistic practices in the market for medical oxygen, after pharmacies reported a spike in prices and difficulties in getting tanks and refills.

Prices for oxygen tanks in Mexico have reportedly tripled since the pandemic hit Mexico in March, and Mexico continues to post record levels of infection. On Thursday, the Health Department said there were 8,438 newly confirmed cases for the previous 24 hours, bringing the country’s case total to 370,712. Confirmed deaths rose by 718 to 41,908.

“Starting in March, it began to get scarce because there was a huge amount of demand. What little we could get hold of went up by 200%” in price, said Juvenal Becerra, whose UNEFARM association represents about 5,600 pharmacies in Mexico.

But he questioned whether anything illicit was involved. “It was supply and demand. Everybody was asking for oxygen, so it was kind of logical the price would have gone up,” he said.

Becerra said oxygen supply companies may have been unprepared for the huge surge in demand due to the coronavirus outbreak.

The Federal Economic Competition Commission said it was not pre-judging whether any violations occurred. It said the investigation was opened July 13 and would take at least four months.

It said that if any violations are found, companies that engage in unfair practices could face fines of up to 8% of annual revenues.

Many Mexicans have tried to treat COVID-19 symptoms at home, either out of fear of going to crowded hospitals or because the government has told people with less severe symptoms to stay at home.

The spike in home treatment not only involves supplementary oxygen. Pharmacies are getting deluged with requests from customers for unproven remedies for COVID-19.

Becerra said customers were making a run on the antibiotic azithromycin and the anti-parasite drug ivermectin.

“Before, we might ship one box a day, but it has exploded and now people are asking for 50 boxes,” he said of ivermectin.

#Blue Bloods season 11: What should we get from Abigail Baker? 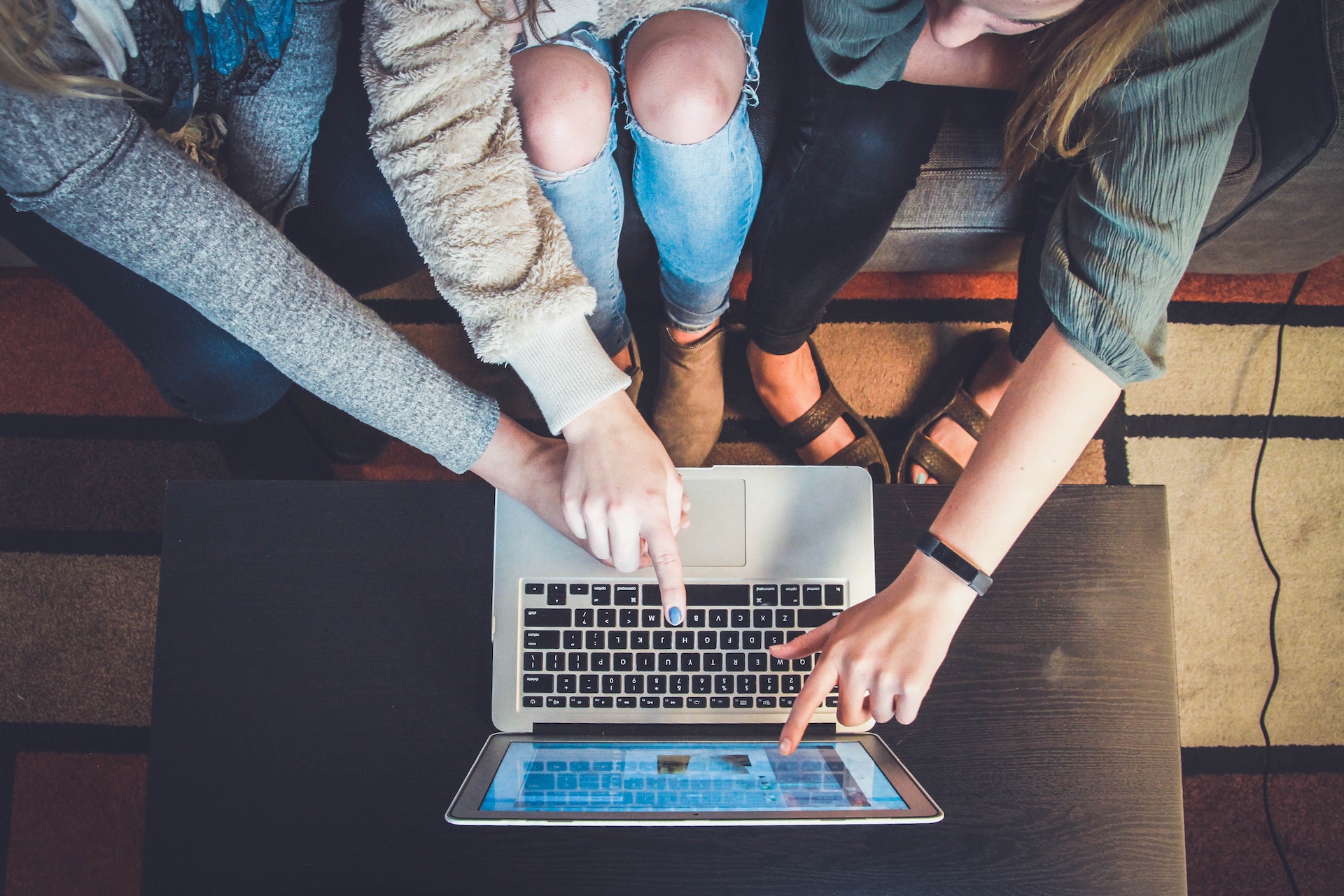 #How to Build an Engaged Online Community: 7 Tips