UPPER YODER TOWNSHIP, PA.– This is a suburb of Johnstown, located in the southwest corner of Cambria County, on the foothills of the Laurel Mountains. Full of young families and retirees, the homes here are lovely and well-kept, the neighborhood is tidy and the school district is highly ranked. And it may end up deciding the 2020 election.

Christina Sakmar has lived in Cambria County most of her life. Like many residents, she began her political journey as a Democrat. But she found herself more aligned with the Republicans decades ago and hasn’t budged since. An occupational therapist at Conemaugh Hospital, she is the quintessential suburban, white, female voter.

Rarely a week goes by when the national media report on something President Trump says, followed by predictions of an impending Joe Biden victory.

Yet Sakmar not only voted for Trump in 2016, she volunteered to do door knocking; she will vote for him again. And she isn’t alone. In Cambria County his popularity is so intense, the area has gone from a dominant Democratic stronghold to now having more registered GOP voters.

What the media and pundits forget is that Trump didn’t win the majority of female voters in 2016, especially in suburbs of New York City or Washington, DC; but he did win just enough of them in suburbs in Pennsylvania, Wisconsin, North Carolina, Michigan and Florida to help him eke out victories across those battlegrounds.

Second, not all suburbs are created equal. Trump struggled with women who hold college degrees, but he ran strong with white women without college degrees. And more than the educational level of individual voters, the educational density of communities mattered. In suburbs with fewer college degrees than the national average — places like Adams County, Colo., outside Denver, Trump ran slightly ahead of Mitt Romney’s benchmark.

In short, educational density, more than educational levels of individual voters, drove electoral behavior in 2016. Polls may show Trump falling in the suburbs overall, but he may still take the key ones in swing states.

That includes suburban Milwaukee, where Carla Muller lives. Muller said she came within a hair of not voting for Trump in 2016, but not for the stereotypical reason of his comportment.

Muller, a Republican all of her life, says it was his lack of a track record: “I probably decided a week before the election, and it was probably the Supreme Court. But still, I didn’t know if he would deliver. He had said some things that made him seem like a New York liberal, which is why I was dragging my feet to vote for him.”

Muller, 43, who lives with her husband and two young children in Wauwatosa, says Trump’s gruff manner isn’t ideal, but the contrived fit of the vapors by the media to anything he says, gruff or not, is what really irks her.

“It doesn’t help at all,” she tells me. “I think that in general, the media is just as much of a joke or a disaster as Trump’s style is. You can use the word ‘phony.’ Why can’t people just move on to the real issues? We need them to move on to the real issues. We are suffering a pandemic and an economic collapse due to the pandemic.” Her husband lost his job amid the lockdowns.

#Why are networks afraid to let voters ask Joe Biden some tough questions?

Muller, a mother of two, says she has absolutely no hesitation this time voting for Trump, “So now I won’t be dragging my feet to the polls like I did in 2016. He’s delivered, and he is the only one who will continue to do so when it comes to the economy.”

The latest Marquette Law School poll of likely voters in Wisconsin shows Biden leading by four percentage points; his lead has been generally consistent, but it has slightly decreased and is within the 4.3 percent margin of error.

Charles Franklin, the director for the Marquette Law School poll, said, “If you look at the averages of our polling between May and September, the three suburban WOW counties of Milwaukee, Biden gets 33 percent of their support and Trump earns 58 percent.” (WOW refers to Waukesha, Ozaukee and Washington counties that are part of the Milwaukee metropolitan area).

Franklin says he suspects the results aren’t that different than those in Cambria, Erie, Washington and Luzerne in Pennsylvania: “Often these voters are diluted in national polling data because of the different kinds of suburbs in this country; reporting a single number of the suburbs nationally masks a lot of variations across the suburbs.”

If Trump pulls out a win, it will be thanks to that hidden variation.

Salena Zito is the author of “The Great Revolt: Inside the Populist Coalition Reshaping American Politics.”

#Giants’ sorry season continues in near upset of Rams 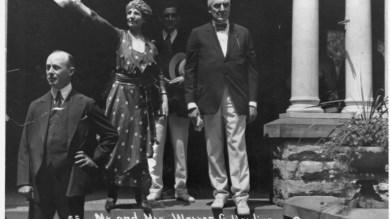 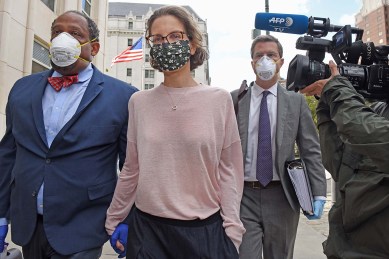 #Astros vs. Rangers: Bet on a Zack Greinke rebound