[Warning: The below contains MAJOR spoilers for The Rookie, Season 4, Episode 1, “Life and Death.”]

The Rookie is back and answering a lot of questions in its fourth season premiere set moments after Season 3’s kidnapping cliffhanger.

So, what exactly happened when Lopez (Alyssa Diaz) was picked up by drug queenpin Sandra “La Fiera” De La Cruz (Camille Guaty)? Jackson West (Titus Makin Jr.) was also scooped up with Lopez being put in one car while he was fatally shot in the back and dumped in the trunk of another.

With no time to mourn the loss of their fellow officer, John Nolan (Nathan Fillion), Tim Bradford (Eric Winter), Lucy Chen (Melissa O’Neil), and Nyla Harper (Mekia Cox) suit up as part of a breach team, to help rescue their missing team member. Unfortunately, Lopez has been moved to a second location by the time they find the car that took her from the wedding. Thankfully, Officer Nolan notices a tripwire connected to the discarded car in time to save the rest of the group for additional harm. Following the dead-end lead, Nolan also notices that there might not have been a getaway car, but a getaway plane instead, and it is revealed that La Fiera is flying to Guatemala with Lopez in order to keep the officer’s baby for herself.

Now, grappling with the situation, Lopez’s husband-to-be, Wesley Evers (Shawn Ashmore) seeks help with Sergeant Wade Grey (Richard T. Jones). Together they visit the DEA for support on the ground in Guatemala to recover Lopez. Unfortunately, they have to go it alone as the law enforcement group does little to help. Desperate to reach his bride, Wesley seeks help from a criminal (played by Brandon Jay McLaren) who agrees to look for Lopez’s location in exchange for crooked lawyering.

In the meantime, Chenford fans are given a brief moment of hope after Lucy worries about going home to her shared apartment with the newly-deceased Jackson. Bradford offers to put her up at his place and the pair share an emotional hug as they get ready to go to sleep with him in the bed and her on his couch. Just when it seems she’ll act on the potential romantic energy, Bradford enters the living room to tell her they have a lead on Lopez’s whereabouts. Wesley pleads with the officers to help save Lopez, and a plan begins to take shape just as Grey reveals Nolan is no longer a Rookie and is being promoted. Chen and Grey stay behind to help find Jackson’s killer who is found through DNA gathered under the dead officer’s fingernails. Nolan, Harper, and Bradford get in touch with a contact going by the name of Max (played by guest star Joshua Malina) who is going to help them get to Guatemala.

Once they do arrive abroad, Nolan travels to an architect company’s office in hopes of swiping blueprints to La Fiera’s compound. He manages to do so by posing as an architect and then pretending to go to the bathroom as he pulls a fire alarm to get some time alone to search for the plans.

As he gets that done, Bradford and Harper put together tech to do recon on the spot, and Wesley arrives at the airport where he’s picked up by officers on La Fiera’s payroll. Meanwhile, Lopez is in survival mode under the watchful eye of La Fiera’s second in command and an on-call doctor, so her surprise in seeing Wesley is understandable. In Los Angeles, Chen and Grey track down Jackson’s killer, a 17-year-old who was recruited by La Fiera for the job. Although Grey’s confrontation with the killer is tense and questionable in regards to what he’ll do, the Sergeant ultimately does the just thing and handcuffs the perp for processing instead of seeking immoral revenge.

On the outside, Nolan regroups with Bradford and Harper as they determine “Plan B” is their only option. It isn’t something that Harper or Chen are fond of, but after a brief signal for Wesley who is clued into what needs to happen from inside, things are set into motion. When he and Lopez are allowed a moment alone together, he says they’ll have to get out of the compound by her going into labor, which happens as he injects her with medication.

Wesley promises that Harper will counteract it when they arrive at the hospital, but as La Fiera and her people begin to rush Lopez to the medical facility for attention, she’s separated from Wesley who is thrown into a separate car. Observing from the distance, Nolan says he’ll go after Wesley as Bradford and Harper go to meet Lopez at the hospital where a shootout ensues.

In a race to escape, Max lands a helicopter to pick up Lopez, Bradford, and Harper, but moments before they make it aboard, La Fiera grazes Lopez with a bullet. Angry over her kidnapping, Lopez turns around and lets a round of bullets out, hitting the criminal. Thankfully, Lopez isn’t fatally injured and after some persuasion, they get Max to direct the helicopter in Wesley and Nolan’s direction.

Ultimately, it’s a successful mission, but a bittersweet one as they continue to deal with the loss of Jackson. Picking up three months later, viewers are treated to the day Lopez and Wesley return home with their baby and have a little celebration with their colleagues. The installment ends with Lopez visiting the grave of Jackson West where she gives him an update on their lives and introduces her new son, named Jackson in memory of him.

How will the LAPD team move forward after Jackson’s loss? Let us know your thoughts on the Season 4 premiere in the comments, below. 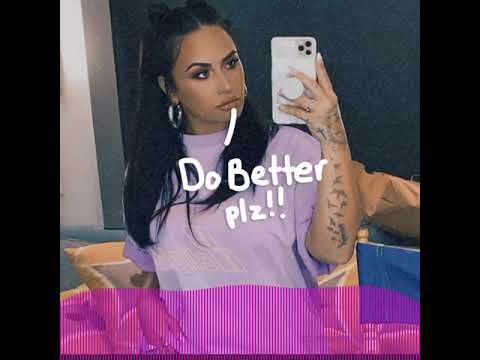 #Jean Hale Dies, Batman and In Like Flint Star 82

#The Shrink Next Door Release Date, Cast and More – /Film