There’s no mention of ’90s kid comedy without bringing up Kel Mitchell and Kenan Thompson. The comedic duo first appeared in All That, going on to star in their own sketch comedy show, Kenan & Kel, all leading up to the beloved Good Burger movie. (“Welcome to Good Burger, home of the Good Burger, can I take your order?” We know you heard that sentence as you read it.)

Millennials grew up watching Mitchell and Thompson on their home screens. And with the now binge-able comedies on streaming services, the children of Millennials can grow up with them too. Here, Mitchell breaks down the staying power of Nick shows (Kenan & Kel, by the way, celebrated its 26th anniversary on August 18), his favorite shows from the ’90s, and more, to TV Insider.

TV Guide Magazine counts down the absolute best shows of the decade that brought you Bart, Britney, and at least two famous Monicas.

Other than Kenan & Kel and All That, what’s your favorite show from the ‘90s and why?

Martin, of course. Martin Lawrence is amazing as far as sketch comedy. There hasn’t really been anyone else that I feel, as far as sitcom wise, that played so many characters in a sitcom since his show. To do it really well, you know what I mean? Shout out to Martin Lawrence. Just amazing, inspiration to me as well as far as his comedy.

Those are like, my top two, Martin and In Living Color. Fresh Prince of Bel Air, that’s another one. And no one else is probably going to say this, but The Muppets. I know it came out even earlier than the ’90s, but they’re still going! The comedy within The Muppets and the whole Jim Henson family was instrumental to me.

Have you seen the social media trend where people recast movies, musicals, shows, etc., with muppets, but keep one human actor? Like Hamilton, where everyone is a muppet except Aaron Burr. Which muppets would you cast as you and Kenan in Kenan & Kel?

Oh, that is a great one. I would say Fozzie Bear as Kenan, and then I would definitely have to be Grover. Grover is insanely physical as far as physical comedy is concerned. Lovable, but he’s going to mess up some stuff. Grover and Fozzie. We’re gonna make that happen.

26 anniversary of Kenan & Kel was yesterday peep out these bloopers from season 1 with Me, @kenanthompson and entire cast from Kenan & Kel! Happy Anniversary Fam! 💯💪🏾🙏🏾 pic.twitter.com/iTA34tKidB

You appeared in A Black Lady Sketch Show, which has been renewed for Season 4. Any plans to be part of the upcoming season?

Of course. I love Robin [Thede]. Robin is so amazing. She’s super funny. The entire cast, they’re great. And I really wanted to be on the show. We had a blast. I definitely will be coming back. And the entire cast was like, “Hey, you’re family now, so you definitely have to come back.”

And I’m just loving what they’re doing on the show. It’s very funny. The sketches are great. You know, I come from a sketch background, so I felt right at home on set. And they have an awesome set too, so I just wanted to shout them out as far as them, the whole entire team. Knowing what they’re doing and having a great set. So, shout out to Black Lady Sketch Show.

Kenan & Kel and All That are now on streaming platforms, giving new audiences and chance to love them. What do you think gives the shows such staying power?

I would definitely say the writing involved, and also you really see the team effort we had as far as Nickelodeon. It’s always a blessing when you get a cast that works together like a well-oiled machine. And it just, it feels great when you’re watching it. Kind of like I Love Lucy, where it’s just works so well once the cameras came on.

These stories continue to go on and on, which is so beautiful. Kenan & Kel and All That [have] a special place in peoples’ hearts. It definitely is humbling and a blessing, as far as what’s going on with me. A kid I know, they just had a Good Burger birthday party. And he’s only 5!

Kids come up to me all the time that are 8, 10, 11 years old that just love Kenan & Kel, talking about orange soda. And I’m like, wow, they weren’t even born when that was going on. It’s the fact that their parents are introducing them to it. They still understand it, and they like the show.

And I think, because I’m also a writer too, it’s important that when you’re writing, you think in that way. You think about how this story can resonate with people that are watching it currently, but then think about later. Like, is this story still going to have the same heart that will reach somebody 10 years from now, 15 years from now?

I think that is what is the core of it is if you want to reach someone’s heart when you’re writing the story. And even though it’s goofy and things like that, we always have reached to the heart within the story.

How often do people ask you to say the “Welcome to Good Burger” intro?

Oh, that’s every day. I would say at least four to five times a day. In the elevator, the restrooms, wherever, it definitely happens. [Laughs.]I’m just ready to do it at any point.

Just constantly expecting people to show you their impression of you at any moment.

Yes, that does happen, especially if I’m at a restaurant. But hey, I get free burgers at restaurants too, so I’m fine with it.

What do you remember most about your first days on set? Does anything stand out to you about that time?

So, All That was supposed to be just a special, because Nickelodeon had never done anything like this before. And so they were like, “Well, let’s try it out. If it goes well, then cool.” And it did. It really, really did. That was the thing. So, the producers and the writers were like, “Let’s make this the most funny and enjoyable program as possible so that it can become a series.”

We were going into it with the mindset of that, so it was like we got to make this thing hot. And they gave us this team effort, even though we were kids. They still gave us a team effort with Brian Robbins, Mike Tolin, Dan Schneider, all together, where at that point, they were about, I want to say 30 years old or something like that. But it felt like a team effort.

What I remember is the freedom that they gave us with the characters. Well, especially with me, just because the physical comedy or the ideas that I had with my characters. And a lot of the characters that I had during the auditions that were really, really cool, they let me put into the show.

I really remember that, and how fun that was to see it be done in the audition, and then have it be done in the first season of the show. And me having a coach that I had in my audition. That was my acting coach in Chicago that I actually turned into this wild character, Coach Kreeton. It’s just so fun that they allowed us to put that together. And then all the musical guests, like being a fan of TLC, and then, TLC is right in front of me. That’s amazing for a kid at that age. And Aaliyah! Listening to Aaliyah, and then getting to talk to her about Chicago and both of us talking about growing up in the Midwest. Just so many great memories. We could probably be on the phone for hours.

What is your favorite part about connecting with fans who grew up as Nick kids in the ‘90s?

I love seeing the cosplay, especially at Cons, because people come up as repair men dressed as repair men. They put the suit together themselves. I’ve gotten screw in a tuna from Kenan & Kel, like a person actually brought a tuna. The fans really go crazy.

Some of the stories they have really touched my heart, like, “Oh, I was going through a bad time, and then I watched this particular episode of All That or Kenan & Kel and it just turned my whole day around.” Just hearing those type of stories, getting to shake their hand. One couple told me that their first date was Good Burger. Now they’re happily married, and every anniversary they go and watch Good Burger. So it’s just like, little stories, the fun stories and beautiful stories like that, that’s just awesome to have with the fans.

I sing along with them, too. We do all the catch phrases at the panels, and we just have a great time.

What do you think of all the ’90s reboots, and would you ever do another one? I know All That briefly came back.

What we did with All That was have it for a whole new generation; it’s totally different than the original. You know, I think it’s awesome seeing all the amazing reboots. There’s more fun stuff that’s coming out that even I know about that I can’t talk about right now coming out for Nickelodeon. That’s going to be awesome. So just know this: you all are going to be excited.

What else are you working on right now?

Blessed Mode is my 90-day devotional book. It’s been doing great. Super excited about that. We also decided to put out a song with it, as well, featuring nobigdyl and Scootie Wop. It’s me, returning back to music. And taking on this new adventure as an author has been great.

My next book, which is called Prank Day, will be out September 6, but pre-orders are available now. It’s an awesome, awesome book. I love movies like Ghostbusters and Back To The Future, and so I wanted to do a fiction novel for kids that’s in that same vein.

It’s about a kid that loves April Fool’s. He does a bunch of April Fool’s pranks to impress a girl, but on the next day, all the pranks come true and he has to figure out why. It’s a fast-paced adventure story in the vein of those ’80s movies that I grew up on. It’s fun.

#How to Turn Off TalkBack on Android 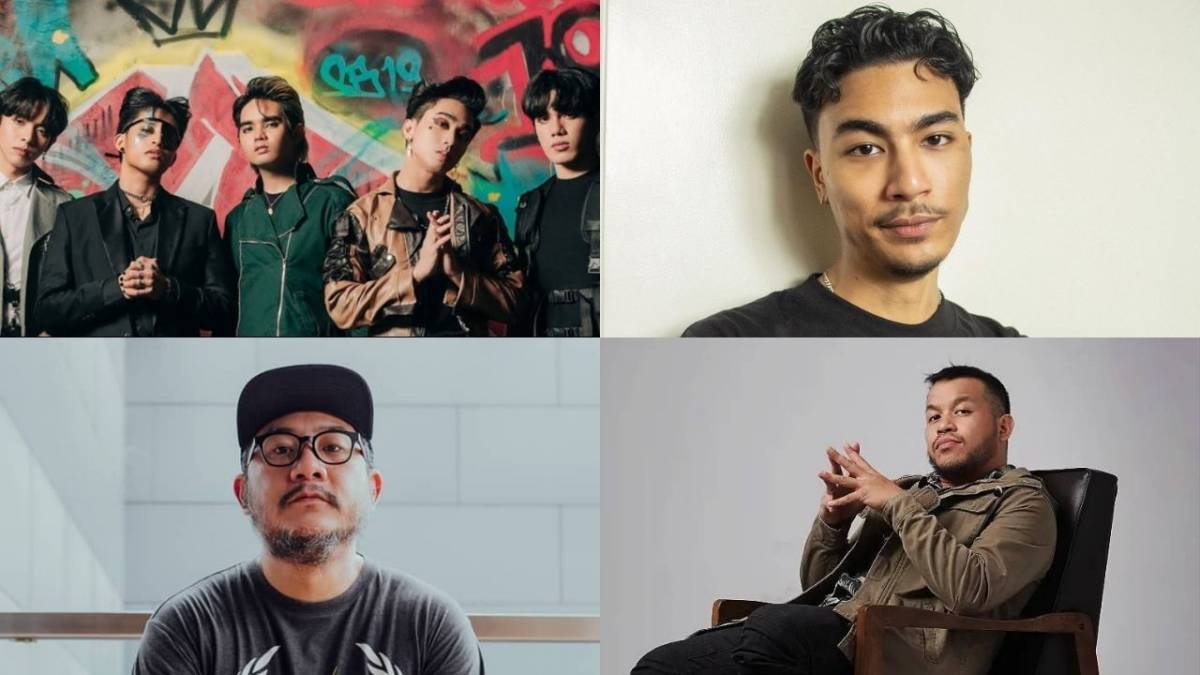 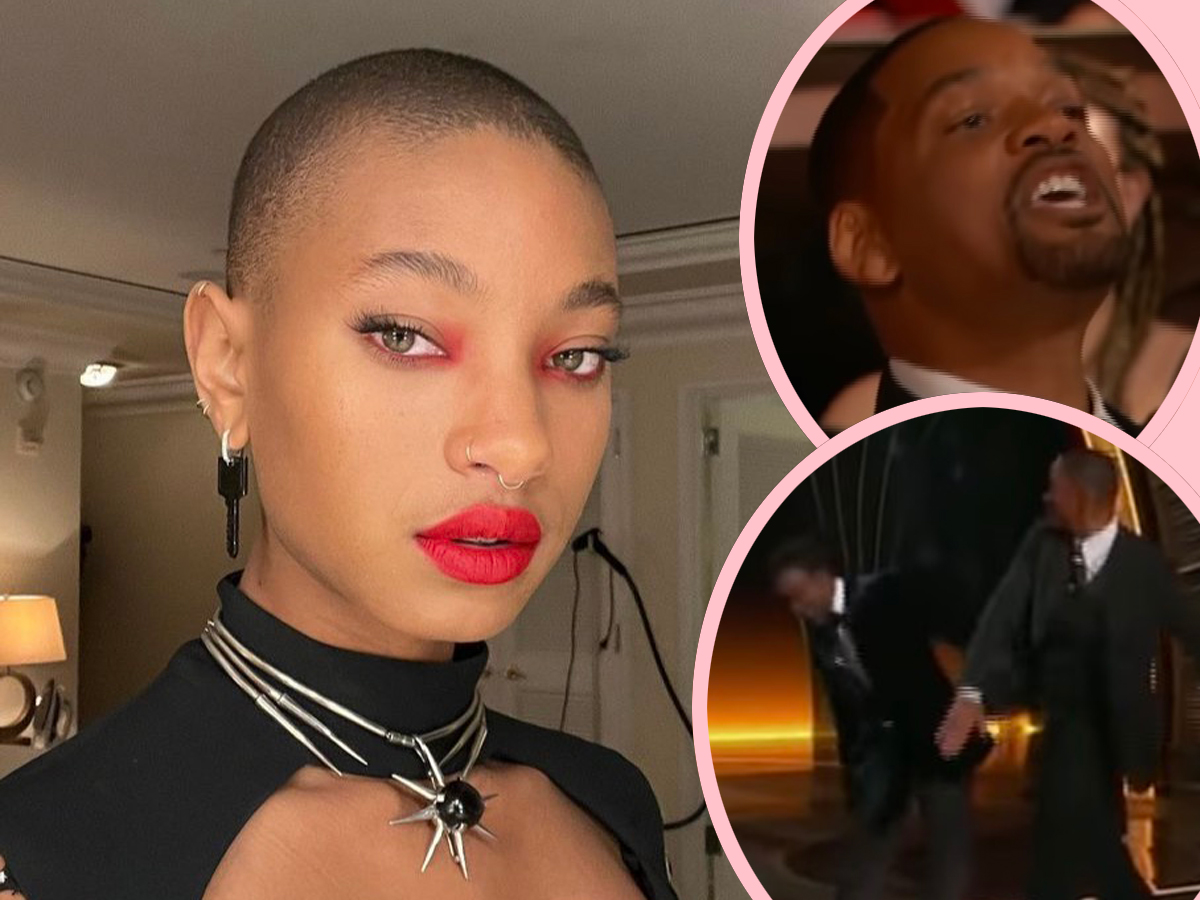 #If You Miss These Old Faves, Watch These New Fall 2021 Shows