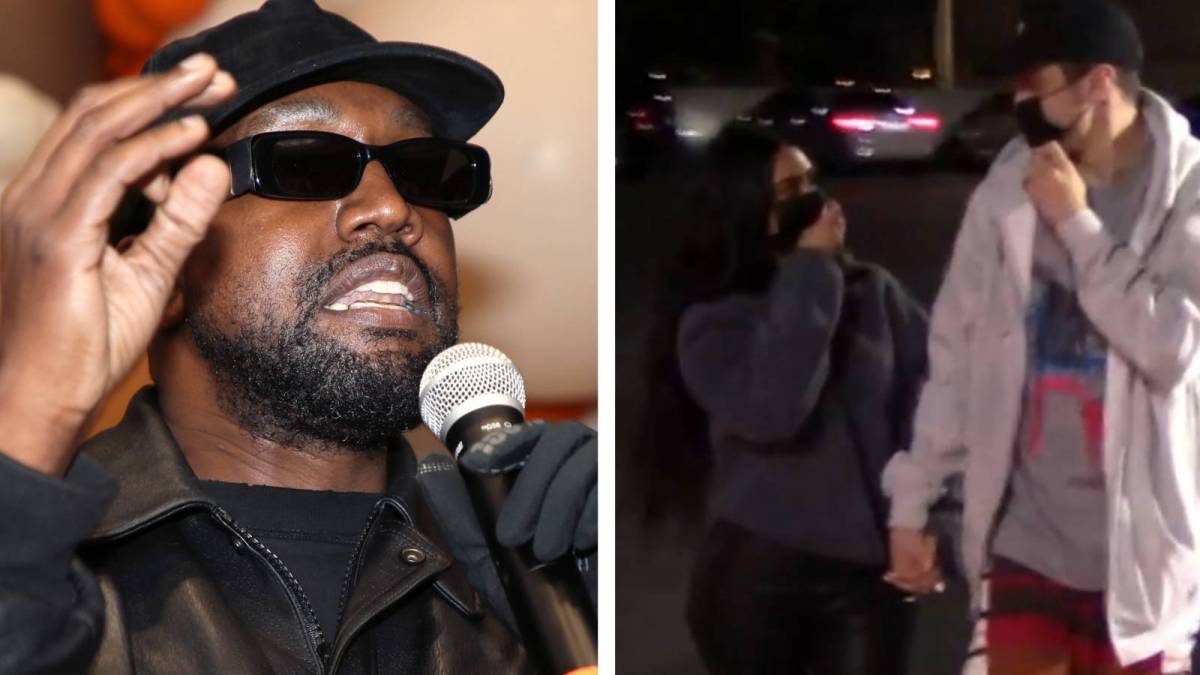 David Livingston/Getty Images, Backgrid Video
Kanye West and The Game have surfaced with their highly anticipated collaboration, “Eazy,” which arrived on Friday night (January 14). Ahead of its release, rumors the song came with a verse targeting Pete Davidson, Kim Kardashian’s purported new beaux, started circulating on Twitter. And sure enough, Ye promises the Saturday Night Live actor a beatdown for swooping in on his ex-wife before the ink was even dry on the divorce papers.

“Boujee and unruly, y’all need to do some chores,” he raps. “Rich ass kids, this ain’t yo mama’s house/Climb on your brother’s shoulders, get that top ramen out/God saved me from that crash/Just so I can beat Pete Davidson’s ass (Who?)/And my new bitch bad, I know Illuminati mad.”

Kim Kardashian filed for divorce in February 2021, after roughly seven years of marriage. The SKIMS founder has been romantically linked to Davidson since at least last October when she hosted the long-running comedy sketch show. Despite Kanye’s public pleas for a reconciliation, the mother of his four children has clearly moved on. Seemingly tasting defeat, Kanye has also recently started dating Uncut Gems actress Julia Fox.

Meanwhile, The Game and Kanye have been locked in the studio together over the last week as Mr. Los Angeles Confidential put the finishing touches on his new album with producer du jour Hit-Boy. In a clip, Kanye was heard rapping over a sample of Eazy-E’s 1988 single “Eazy-Duz-It” — hence the title.

The duo’s collaborative relationship stretches back to the mid-2000s on songs such as “Dreams,” “Crack Music” and “Wouldn’t Get Far.” Kanye West has been active in the studio in recent weeks, linking with A$AP Rocky, Pusha T, DJ Premier, Re-Up Gang’s Ab-Live and, of course, The Game. But that’s just the beginning of what’s shaping up to be a busy year for Ye.

Not only will Kanye headline the Coachella music festival later this year, he’s also the focus of the upcoming Netflix documentary, Jeen-Yuhs. As if that wasn’t enough, he just dropped a new video for  the Donda single “Heaven & Hell” during the NCAA college football championship game on January 10.

#Dating Around Season 2: Which couples are still together?