“#Jeannie Mai Explains Why She Wants To ‘Submit To My Man’ Ahead Of Marriage To Jeezy!
”

Jeannie Mai is getting REALLY real about her marriage expectations on her hit daytime TV show The Real — and her co-stars may not be ready for this one!

The 41-year-old TV host and fashion aficionado, who is engaged to the Atlanta-based rapper Jeezy, opened up on Tuesday’s episode of the daytime talk show about how she wanted to “submit” to her man after the two of them officially tie the knot. Wait, what?!

Mai herself is smart enough to know how it sounds asking a woman to “submit” to her husband, and she fully explained how she understood the “negative connotation” the word had, but she didn’t back down from her desire, either. And here’s how she explained it (below), acknowledging her busy career and stressful public life:

“I want to submit to my man. When I hear this definition … submitting has a negative connotation. It means that you are less important, you are lower than that person that you’re submitting to. It usually can be like, you know, referenced as somebody who works lower than you, and that’s not what I’m referring to here. I’m a very dominant woman. I own my business, I lead my teams, I played my own manager, my own publicist, my own lawyer when I didn’t have money to have those people. So, I make the decisions in my life. When I come home, I like the idea that my man leads us.”

And we kind of know what she means — though, she’s definitely right about the idea having a negative connotation and not being for everybody, especially in this day and age.

The TV host and San Jose native continued from there, adding more to her explanation as her co-hosts listened intently:

“That doesn’t mean that in this case Jay makes all the decisions for us. That doesn’t mean that when he says, ‘How are we spending our money?’ or ‘Where are we moving?’ that I just say, ‘Yes sir,’ or ‘Yes, your honor.’ It’s not that. It’s a, ‘You know what? I think that we would do best here, I want to do this,’ and he takes the decision, he formulates it with our overall vision, and he leads us and I like to submit to that. I don’t want to lead in our household and in our marriage. I want him to lead, and I have all the essence of what I bring as a wife to make that decision, but I love that my husband will be the man that leads. It’s tiring being the boss of me. It’s tiring leading all the time in my life.”

Again, an interesting conclusion to reach after Mai has been apparently so dominant — and outwardly so successful — in her surging on-camera career.

It’s notable, though, that she didn’t come up with this idea on her own, or simply through reading about it or something. Rather, she looked back at her own parents’ experience — their marriage eventually ended in divorce — and Mai realized that unchecked, she felt like she had a lot of similar personality traits to her very dominant mother.

“My mom, she has a very strong force, and she took over a lot of decisions in the household, to the point that my dad, unless it was always going to be a fight, he was like, ‘You know what? Go ahead.’ And that caused a wedge. I can have a tendency to follow like my mom, ’cause it’s what I grew up in and I saw it. And I saw in my living space, I would all of a sudden just wake up and go and make decisions without asking and checking in, so I am the fault that can cause an inequality because I am pulling in habits from my old household to how I run my business today. That is not okay, and I’m careful and aware of that today. I’m just telling that to anybody else who didn’t tell me that when I could have learned that before.”

You can see the California native’s full take on submission and her marriage in the video clip (below):

It’s definitely her decision to make, that’s for sure!

Perhaps to be expected, Jeannie has been taking hate from fans over the last couple days now regarding her comments, too. But in a separate TV appearance this week, on Wednesday on the Tamron Hall Show, the TV host admitted she really didn’t give a damn:

“I am 41. I don’t care what kind of pushback I get from other women. This is my life. Coming out of divorce and also making a major decision to marry again after finding such a beautiful person, I want to be very clear and open about how our life can be so we can make sure our vision is aligned and that we both are empathetic to each other. Jay is my king, so I want him to understand what I look forward to in the role and he has to honor his queen.”

You know what? We LOVE that attitude about this. It’s her life. She’s been divorced. Now she gets a second shot at love, and she wants it her way. As long as it’s not hurting anybody else, what’s wrong with that??

Related: Throwback To When Jeannie Walked Away From Trump! Love It!

It may not be fashionable right now to “submit” like this, or whatever, but if it’s what she wants then more power to her, right?!

What do U think, Perezcious readers?? Are we way off about that with our take, or do you agree? What do U really think of Jeannie and Jeezy’s relationship now knowing this??

Sound OFF about everything here with your take down in the comments (below)!!!

#About that Victoria Neuman surprise... 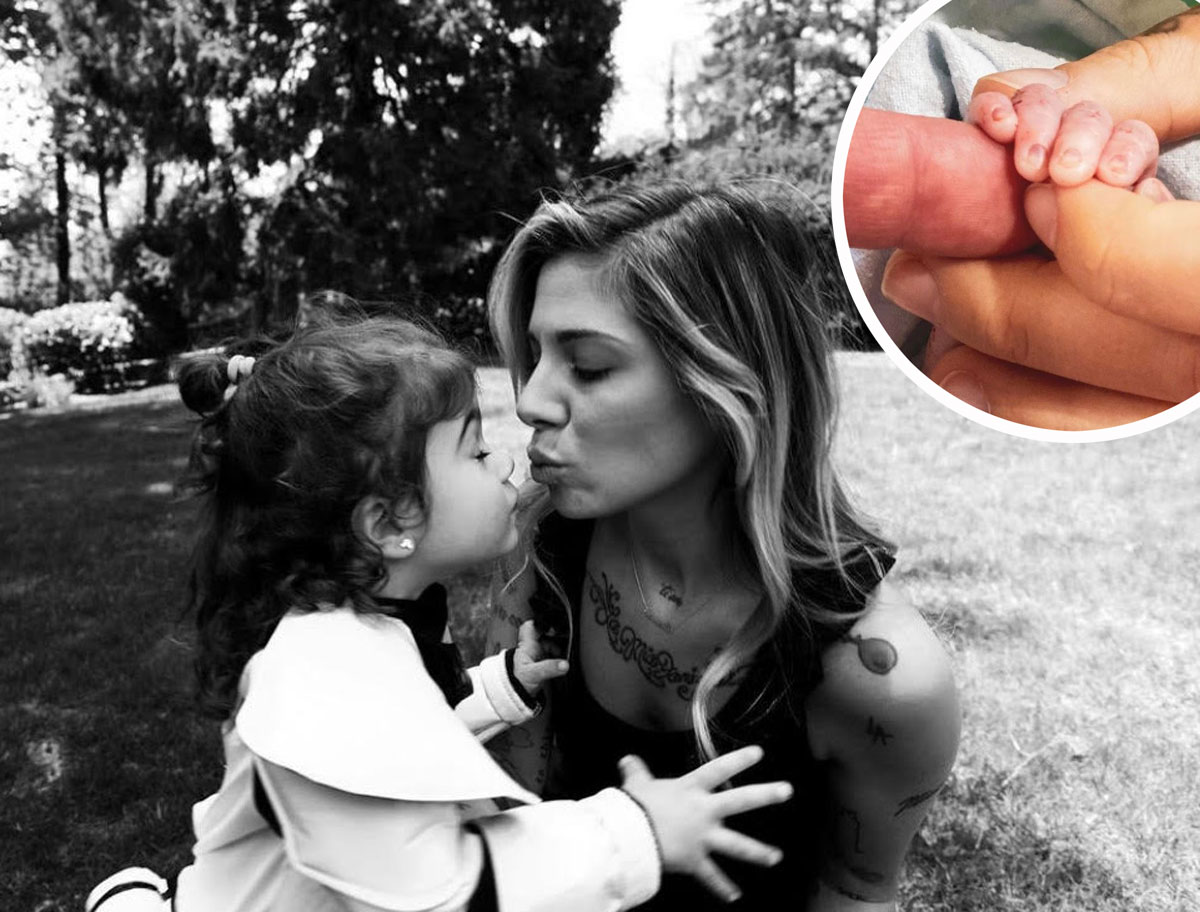 #Christina Perri Shares Emotional Update With Fans About Pregnancy Loss: ‘The Worst Experience Of My Life’ #A Little Music & a Lot of Family Tension (VIDEO)