“#JAY-Z, Tina Turner to be inducted into the Rock &amp; Roll Hall of Fame”

Other 2021 inductees include Foo Fighters and Todd Rundgren.


JAY-Z and Tina Turner will be officially be inducted into the Rock & Roll Hall of Fame this fall. Other inductees this year include The Go-Go’s, Foo Fighters, Carole King, and Todd Rundgren.

Earlier this year, a list of nominees for induction was announced before the final choices were made. These nominees included LL Cool J, who will instead receive a Musical Excellence Award at this year’s ceremony, Iron Maiden, Kate Bush Fela Kuti, Rage Against the Machine, and more. 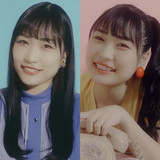