The future is not looking bright for Zoey’s Extraordinary Playlist.

NBC confirmed earlier this month it was not moving forward with a third season of the low-rated musical dramedy.

At the time, plans to move the show to the NBCUniversal-owned streaming service, Peacock, were scrapped, leaving the show without a home.

Now, Jane Levy is making her feelings known about the cancellation in a new interview with Vanity Fair.

“I’m sorry, but I have to say this: I look at the new NBC lineup, and it’s like, ‘Okay, we could watch a lot of shows about crime and guns,’” the actress shared, adding:

“Our show is about love. It’s a real shame to take that off the air. I feel like it’s the wrong move.”

While the show has been canceled, Lionsgate TV is not giving up on the show, setting out to find a new home.

We must stress, however, that shows being saved after cancellation are few and far between, so please don’t get too excited until a new season is a done deal.

These negotiations are difficult, and Levy tells Vanity Fair that she is filled with “gratitude.”

“I feel like I did everything that I wanted to with this show. If it’s over, I don’t have any regrets. I gave it my all and so did everybody else.”

#Ron Jeremy Charged with 20 More Counts of Sexual Assault, One Including a Teenager

Series creator Austin Winsberg reflected on the cancellation last week, telling fans to rally to save the beloved series.

“Okay. Here we are. The news is out. NBC/Peacock have decided not to go forward with another season. We can discuss that later. But right now I refuse to believe the show is dead,” he tweeted on Wednesday after the sad news broke.

“There is too much love and goodwill and the fan base is incredible. Now here is what I need.”

He continued: “I believe we can have a real chance somewhere else. But the more fan support we can throw behind it – the better.”

“Please tweet #saveZoeysplaylist. Let’s get it trending and let the powers that be know the appetite is strong. Also open to any other suggestions to prove the love,” he said.

At the time of the cancellation, Levy said the following:

“I thank you from the bottom of my heart for your support these last two years. This show means so much to me.”

What are your thoughts on Levy’s sentiments about NBC’s schedule?

Catch up on all your favorite shows and reviews and join in the conversations with other fanatics who love TV as much as you.

#White Collar revival: Is Peacock in the running as possible home?

TV Fanatic is your destination for the latest news, spoilers, reviews, and so much more!

#Insulators turn up the heat on quantum bits 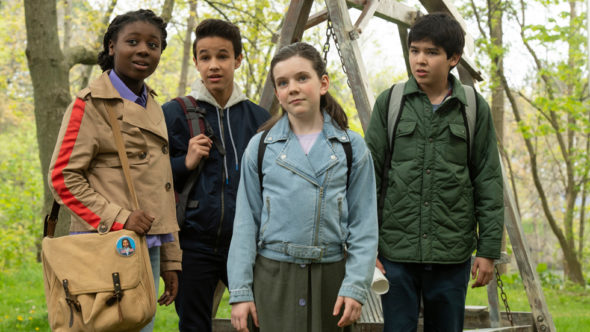 #The Flash Movie Begins Filming in London After Years of Delays