Is Men in Kilts new tonight on Starz? For those out there interested in an answer to that question, we’re happy to present it! To go along with that, we’ll also take an additional look at the long-term future of the Sam Heughan – Graham McTavish series.

We don’t want to keep you waiting, so let’s go ahead and get some of the super-bad news out of the way now: There is no new episode of Men in Kilts tonight. As for the reasoning behind that, it has everything to do with last week being the season finale. The first season of this show was planned to be fairly short in length — heck, initially it was first planned as a podcast! We’re glad that we got as much of Men in Kilts as we did, all things considered.

So is there a chance that will be getting more down the road? That’s something we wish we had a firm answer to, but for the time being, we’re still in a holding pattern. Our hope here is that more episodes will be coming, but we’ll probably be waiting a long time for them. Because Sam is still in the process of filming Outlander season 6, odds are you will be waiting several months on end before another season of this show could even be considered. We do think it’s a nice thing to have in between seasons, and we also gotta imagine that there are plenty of things left to do in Scotland, let alone other parts of the world. You can send Sam and Graham out there to tackle them!

#Is it renewed, canceled at Starz? The latest

Hopefully, Starz won’t make us wait too long before announcing the future of this show. Even if a season 2 wouldn’t film for a long time, why not give us an announcement and, ergo, something to look forward to?

Do you want to see a Men in Kilts season 2 happen at Starz down the road?

Are you also sad that the series isn’t on the air tonight? Be sure to share some of your thoughts on the matter now below! Once you do just that, remember to stick around for some other updates. (Photo: Starz.) 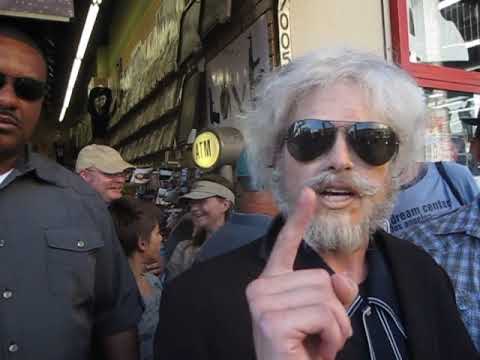 #‘We Are Who We Are’: ‘Call Me By Your Name’ Director’s Coming-of-Age Series Debuts on HBO This Fall