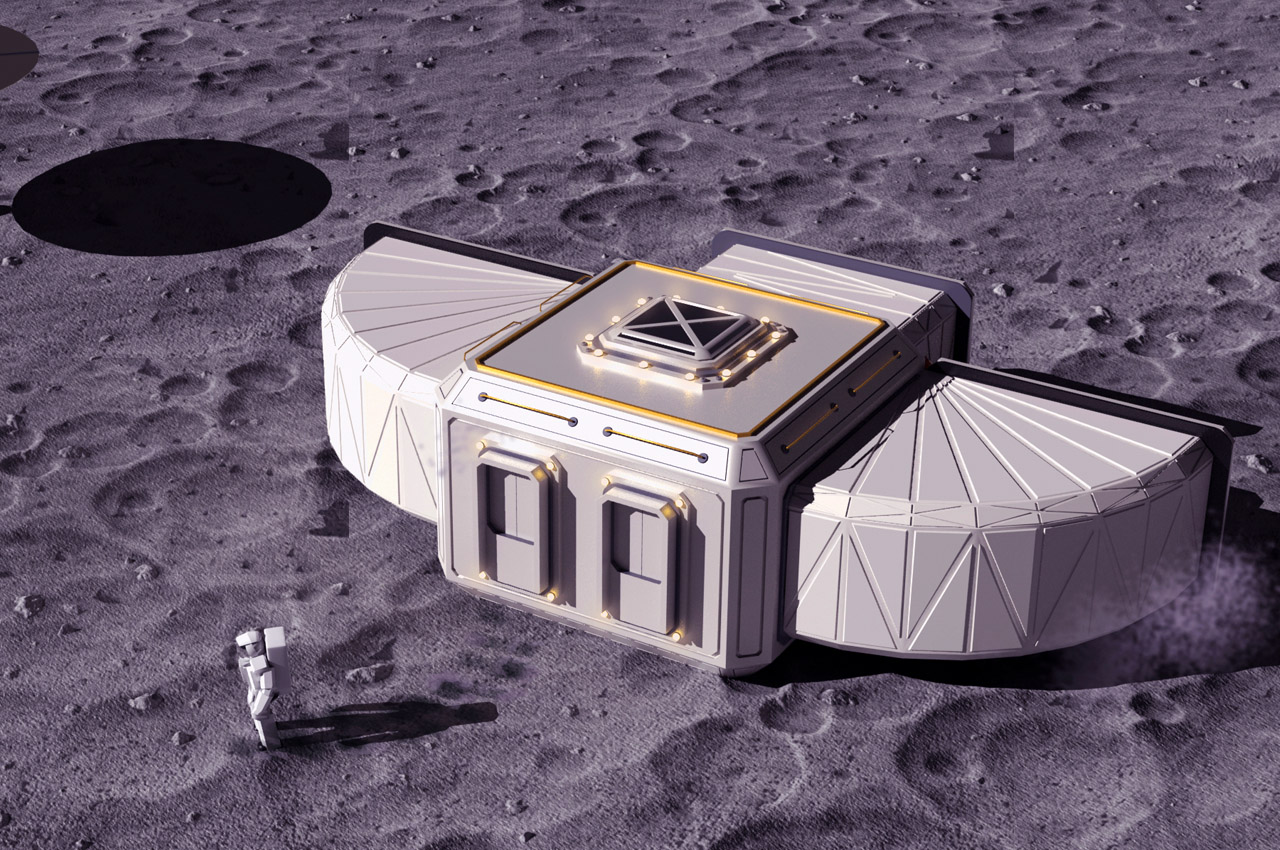 A lot of lunar research facilities or architecture on the moon have been created in the past few years. Each concept is always more innovative than the previous one, and architects/designers leave no stone unturned in creating lunar architecture that has been specifically designed to take people by storm! In a world of extravagant concepts, a simple yet smart concept I recently came across was by Jakub Pietryszyn. Called ‘Nishakara’, it functions as a lunar research facility and was designed by him during an AAKA space architecture workshop, with his co-creator Aakansha.

Nishakara was specifically designed to be a research facility for Helium-3. Helium-3 is a light and stable isotope of Helium, and the gas can be processed into fuel. Jakub predicts that in the future there will be a major requirement for Helium-3 as a fuel and that the moon could be converted into a ‘fueling station for earth’. Nishakara would land on Mare Crisium on the moon – a well-known lunar mare located in the moon’s Crisium basin. It has been the landing site for numerous Apollo and lunar expeditions and hence is familiar terrain. 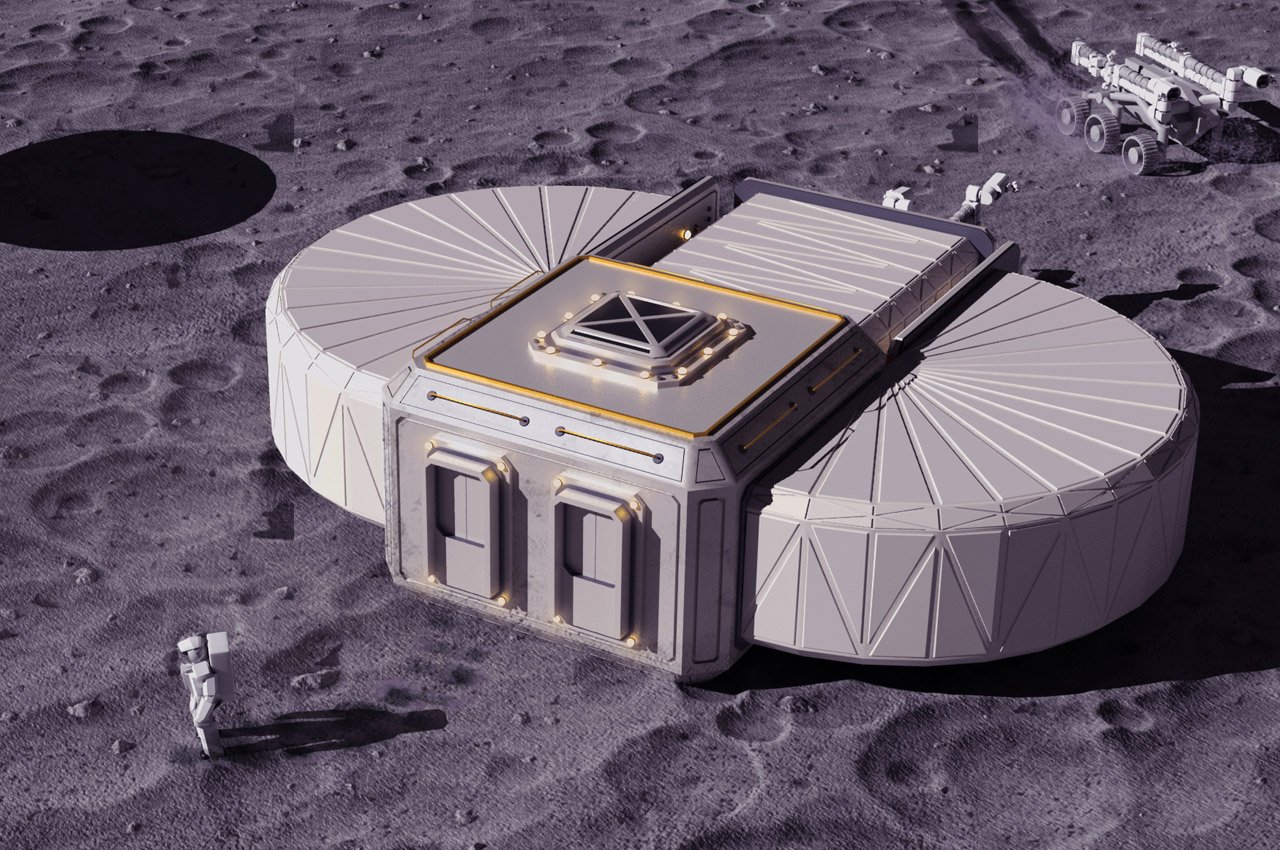 Jakub describes Nishakara as an octagonal habitation system with three main expansions. When transporting it to the moon, the module can be folded, and snugly fit into a starship’s cargo area. In its fully folded form, it has a total volume of 155 cubic meters. Once placed on the moon, it unfolds and unveils its entire structure – which has a volume of around 365 cubic meters. Nishakara’s innovative folding mechanism is influenced by the art of origami, specifically the traditional Japanese folding fan. Instead of a traditional airlock, the habitat has been equipped with two spacesuit docks, and security hatches on the inside. 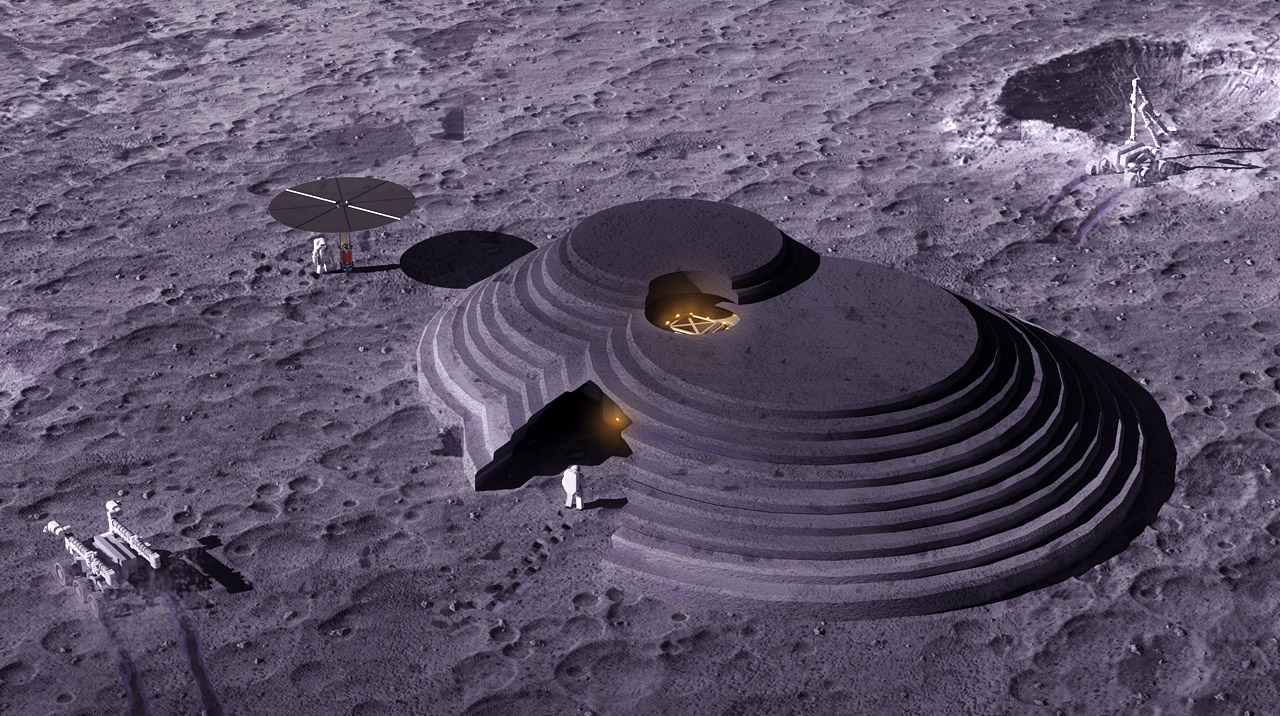 The entire habit is powered by a nuclear reactor and is primarily built from high-grade steel. It is protected by a regolith shield. This shield is created by utilizing lava casting construction techniques. The shield basically features multi-layered moon dunes, which form a natural skin that covers the habitat and protects it from radiation and micrometeoroids The layered texture of the shield, perfectly merges with the bumpy terrain of the moon. On the other hand, the origami-inspired unfolding section is made from Kevlar. 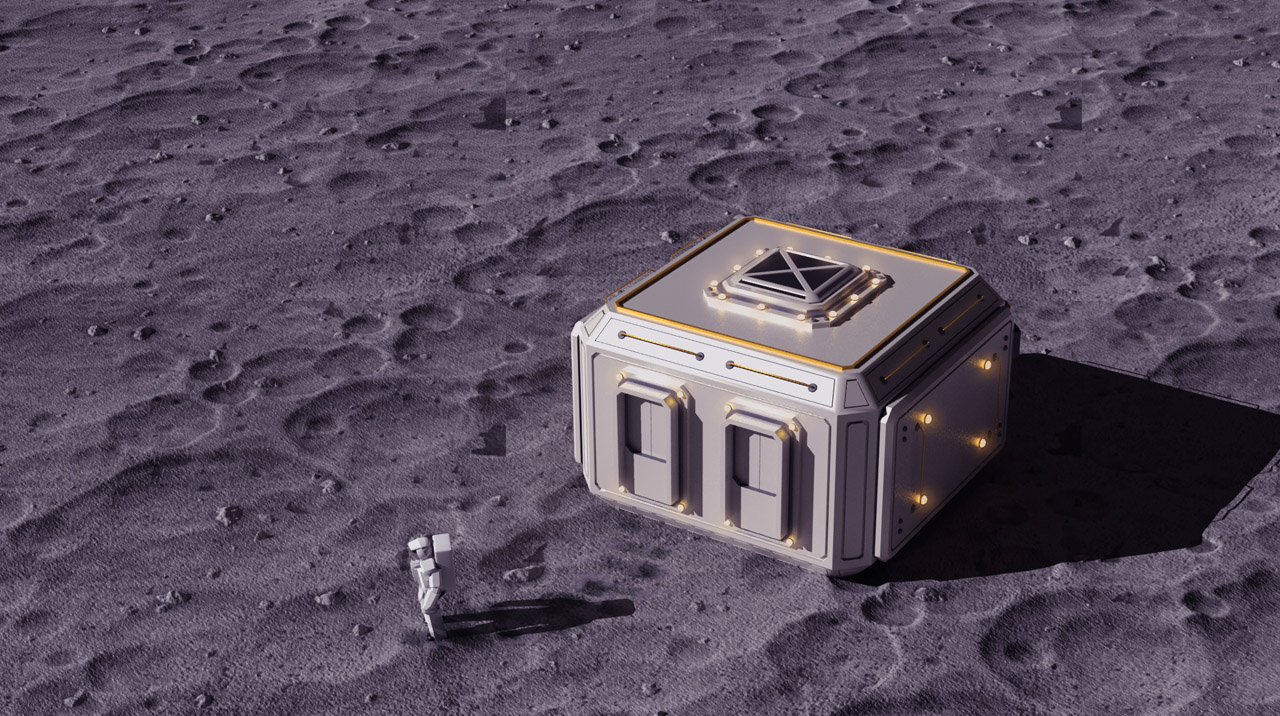 The ‘main lab’ of the facility is located in the north wing and has been equipped with a robotic arms system on the exterior. The interiors are designed to be completely deployable. The kitchen and the bathroom are located inside the octagonal core.

Nishakara’s unfolding origami-inspired mechanism makes it a habitat that is not only easy to transport but also one that expands according to requirement. In the future, where daily expeditions to the moon could be considered ‘normal’, concepts like Nishakara will hold immense value and could become a reality very soon.