“If Apple ever designed blenders, they’d probably look like the Millo Air”

Silent, wireless, motorless, sleek, touch-sensitive, and with a magnetically powered design. No, I’m not talking about something from Apple’s keynotes, I’m talking about Millo Air, a blender so game-changing, that Steve Jobs would love it. A successor to the Millo, Millo Air (they’re even following Apple nomenclature with the ‘Air’) is now faster, stronger, and better than its predecessor. It has no interlocking parts, no ugly knobs, no wires, no areas for dirt to get trapped in, and the best part, it works with no motor, so there’s no sound either. Using a revolutionary Magnetic Air Drive to power the blender’s blades, Millo works simply by resting the blending jar on its flat docking system. With a satisfying snap like MagSafe, the two connect, and a touch-sensitive panel on the dock lets you operate the blender. Once you’re done, just lift the jar off and you’re set. Millo Air is wireless and runs on a 2500mAh battery, which means you can blend at home, in your car, at work, at the gym, or even outdoors. Yes… even on Mount Everest. 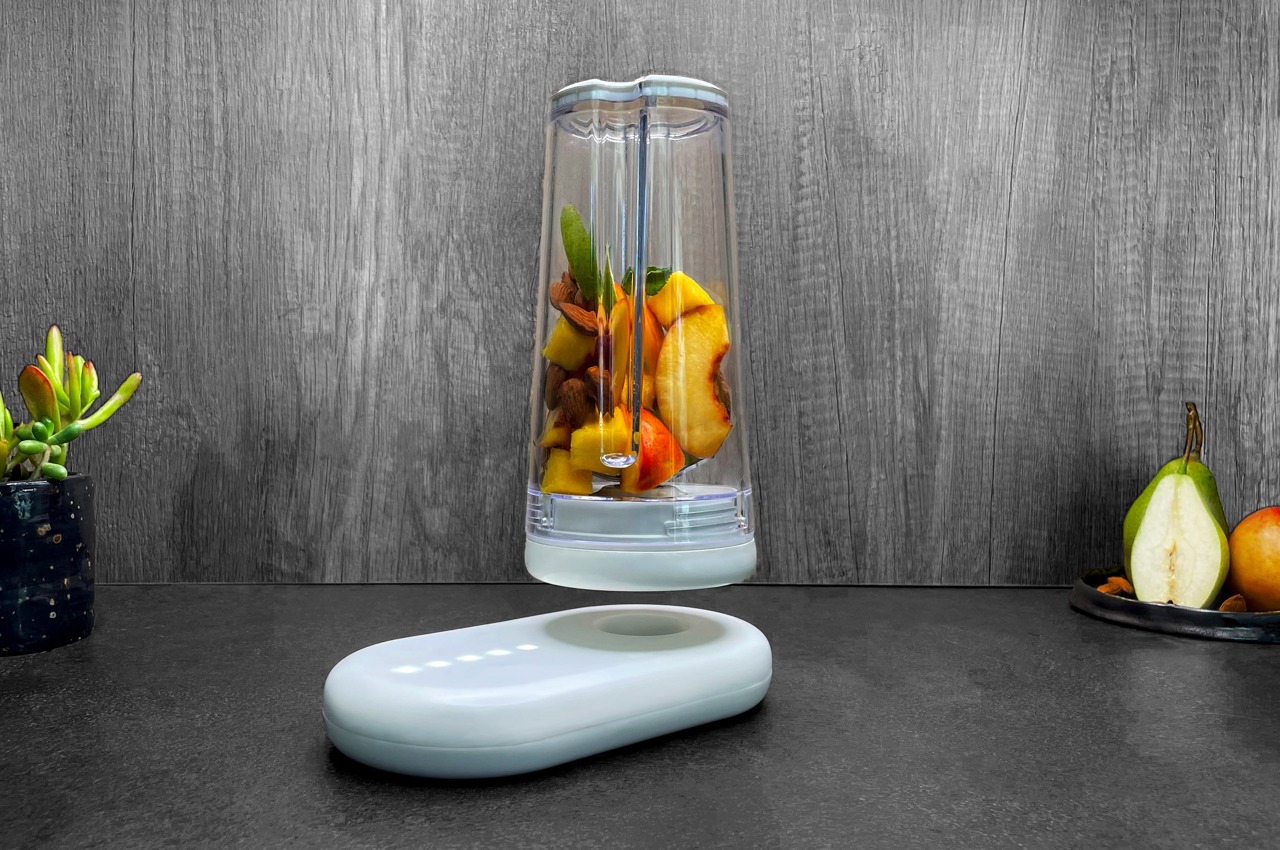 Building on its award-winning patented magnetic air drive technology, Millo Air offers more power and control in a sleeker form factor. Unlike its predecessor, the new Millo Air dock is more linear, making it easy to slide into backpacks and even pockets. A central cutout also lets you hang the dock on a wall, so it takes up absolutely no space – a major win over current blenders that are large, bulky, noisy, and come with wires that add to the chaos of a kitchen countertop. 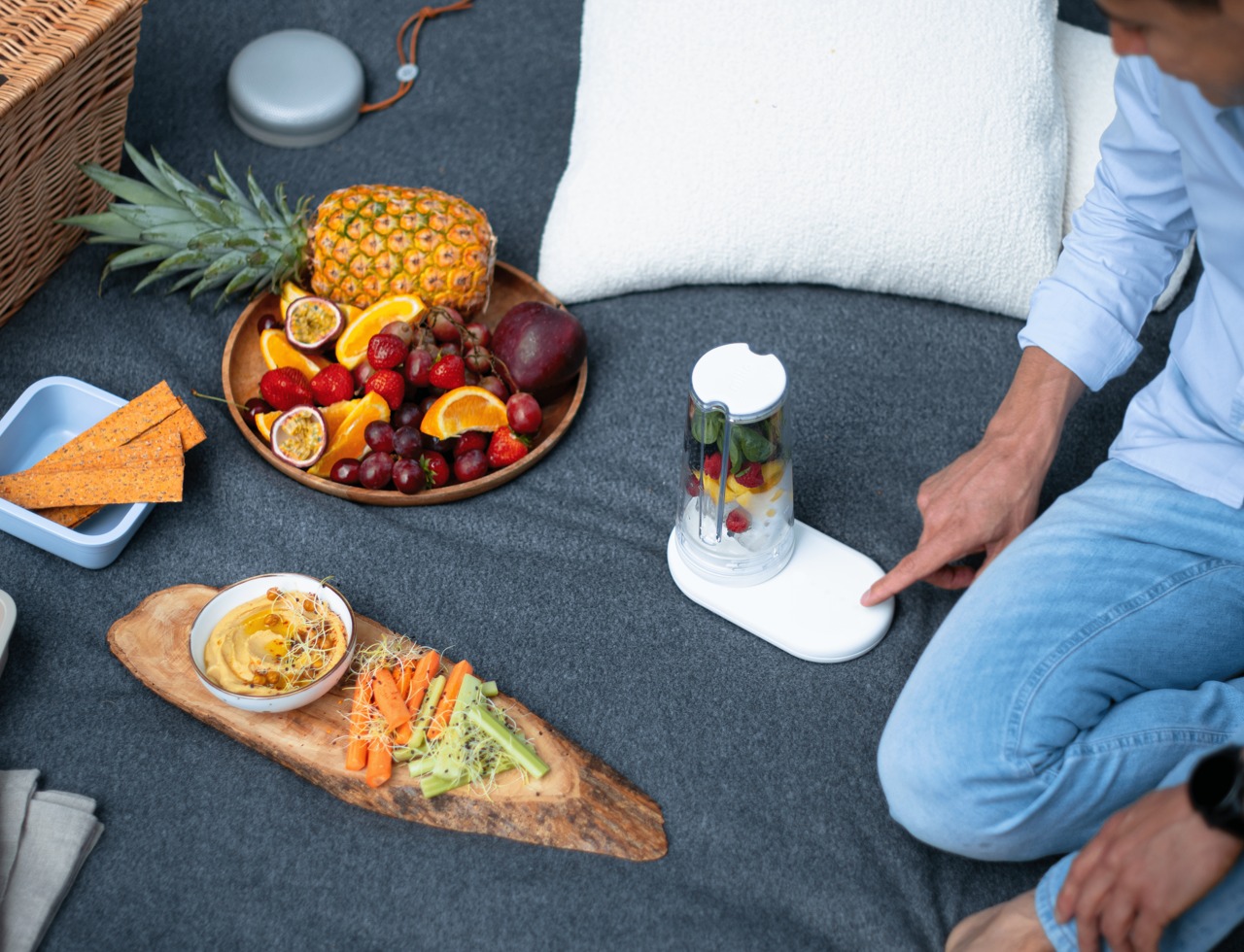 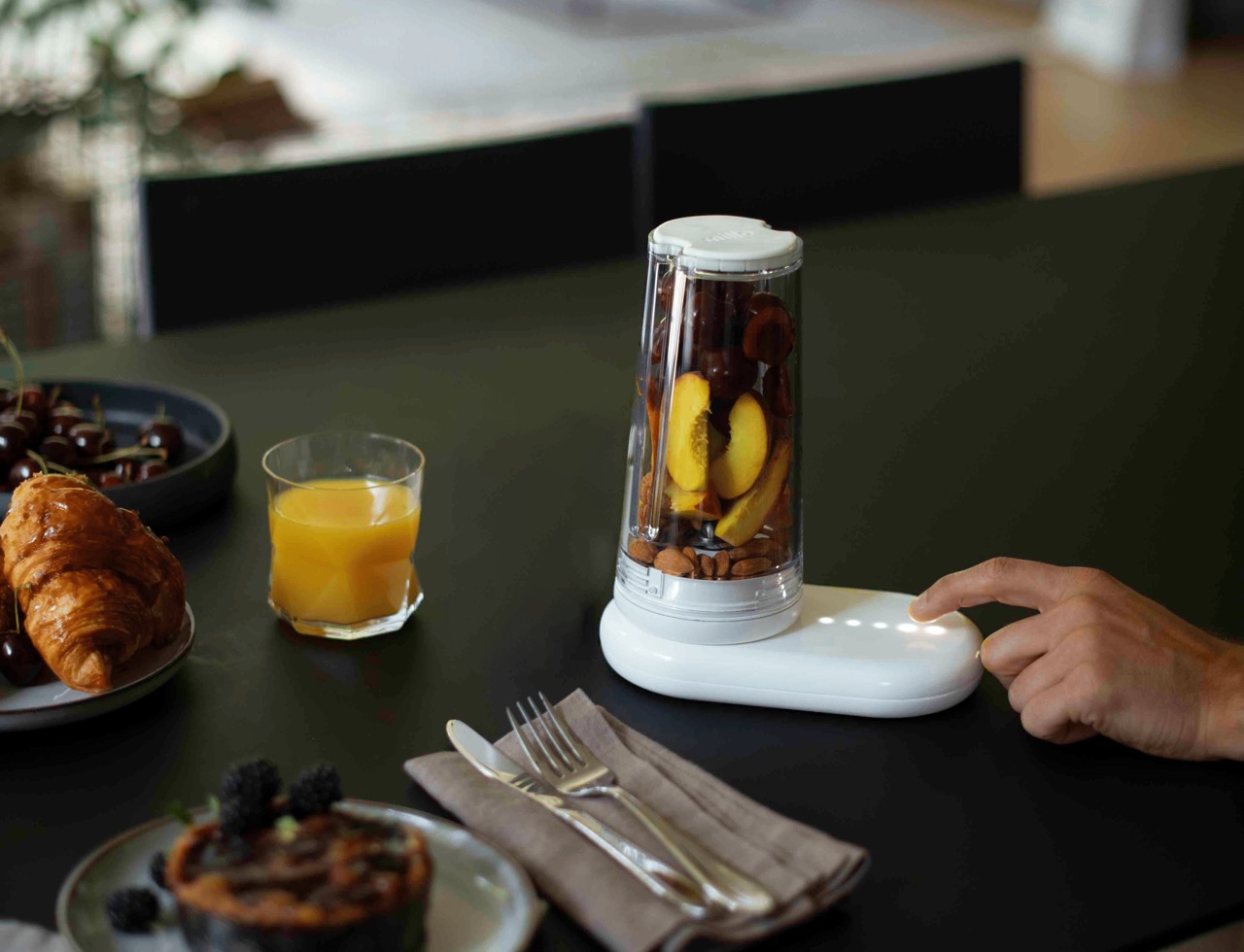 Comparing a company or a design to Apple almost feels like hyperbole at this point, but with Millo Air, it most certainly is not. The product’s design is so indistinguishable from magic that it looks and feels decades ahead of current plug-in blenders or even those cheap portable blender/smoothie-makers on AliExpress. The design comes in pure white with the transparent jar made from Tritan, a crystal-clear food-safe plastic. There isn’t a knob or control panel on the Millo Air, but the product is still rather intuitive to use, and perhaps the most understated part about Millo Air’s beauty – its lack of overt engineering details. You won’t as much as even see a screw in plain sight. It’s a level of sensitivity to design that only companies like Apple have successfully embodied.

Quiet – There is no motor in the blender base, instead we use a powerful magnetic field generator which is absolutely silent.

Powerful – The power range of most wireless blenders is up to 10W. millo air is so powerful with an astonishing 450W peak power.

Using the Millo Air is simple. Open the jar, pop your ingredients in, and close it shut. Once done, place the jar on its magnetic dock and use the touch-sensitive control panel to get started. The magnetic air drive kicks in, getting the blades to spin at whopping speeds of up to 15,000 RPM without any sound (because there’s no motor involved) with a power output of 10W that’s more than enough to blitz even an entire carrot to pulp in mere seconds.

Waterproof – There is no spinning parts in the base, and there is also a seamless magnetic connection between the base and blending lid. This allows millo completely seal the base and keep it dust resistant and waterproof.

However, Millo Air’s impressive laundry list of features doesn’t quite stop there. While most blenders just have speed controls, Millo Air also lets you control consistency and smoothness. The blades can sense how rough or fine your blend is, allowing you to control whether you want a chunky blend or a creamy velvety smooth blend – a feature that’s quite literally a first in any blender. Millo Air’s blades will automatically stop when it reaches the desired consistency, or when it blends something to a consistency so smooth that it doesn’t need to blend further. The blades will also automatically drop speeds as a protective measure if it overheats, to help reduce chances of bearing damage… and perhaps my most favorite feature, if the jar’s sitting idle on the dock for too long, Millo Air will occasionally pulse it just a little bit to make sure everything’s well-combined! 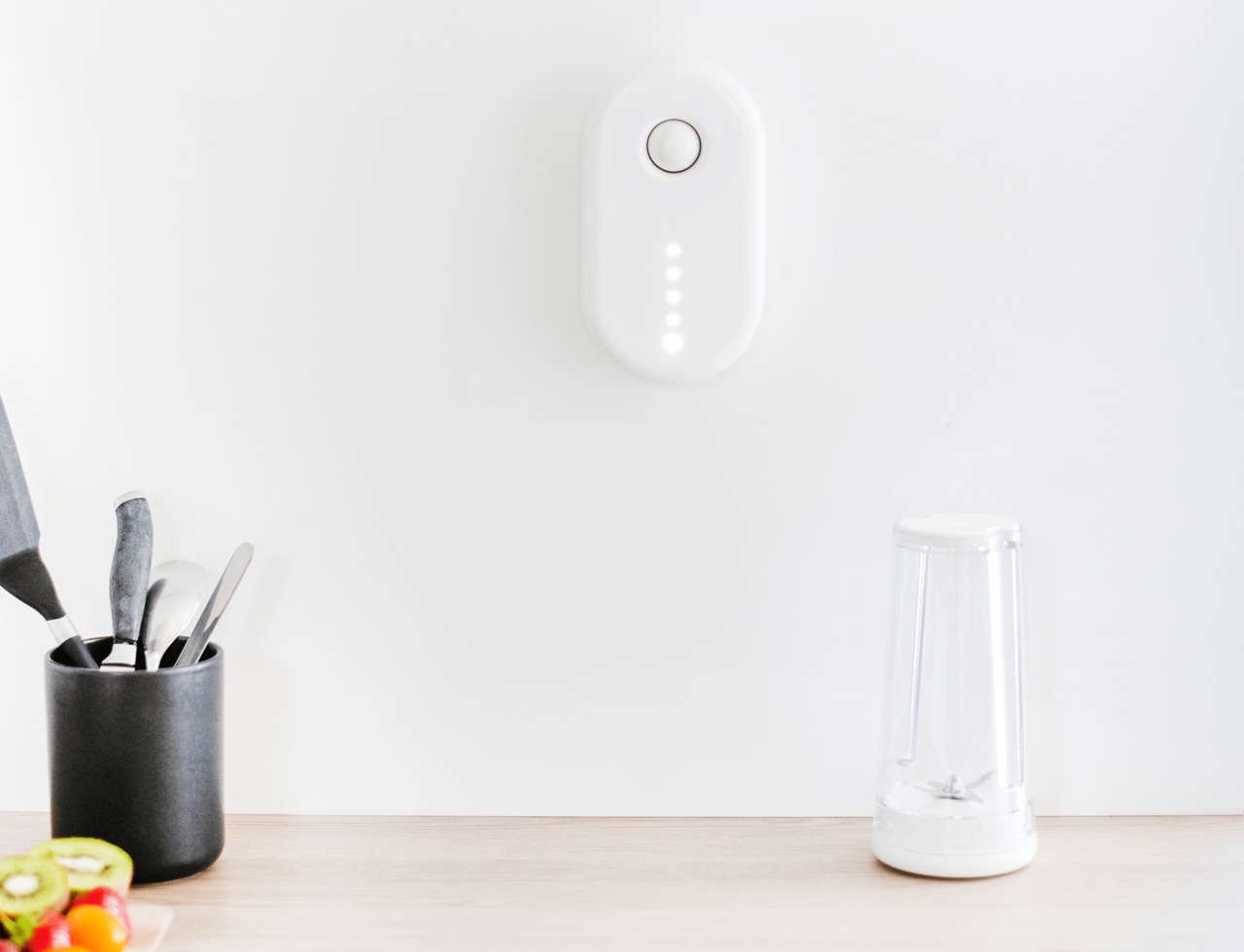 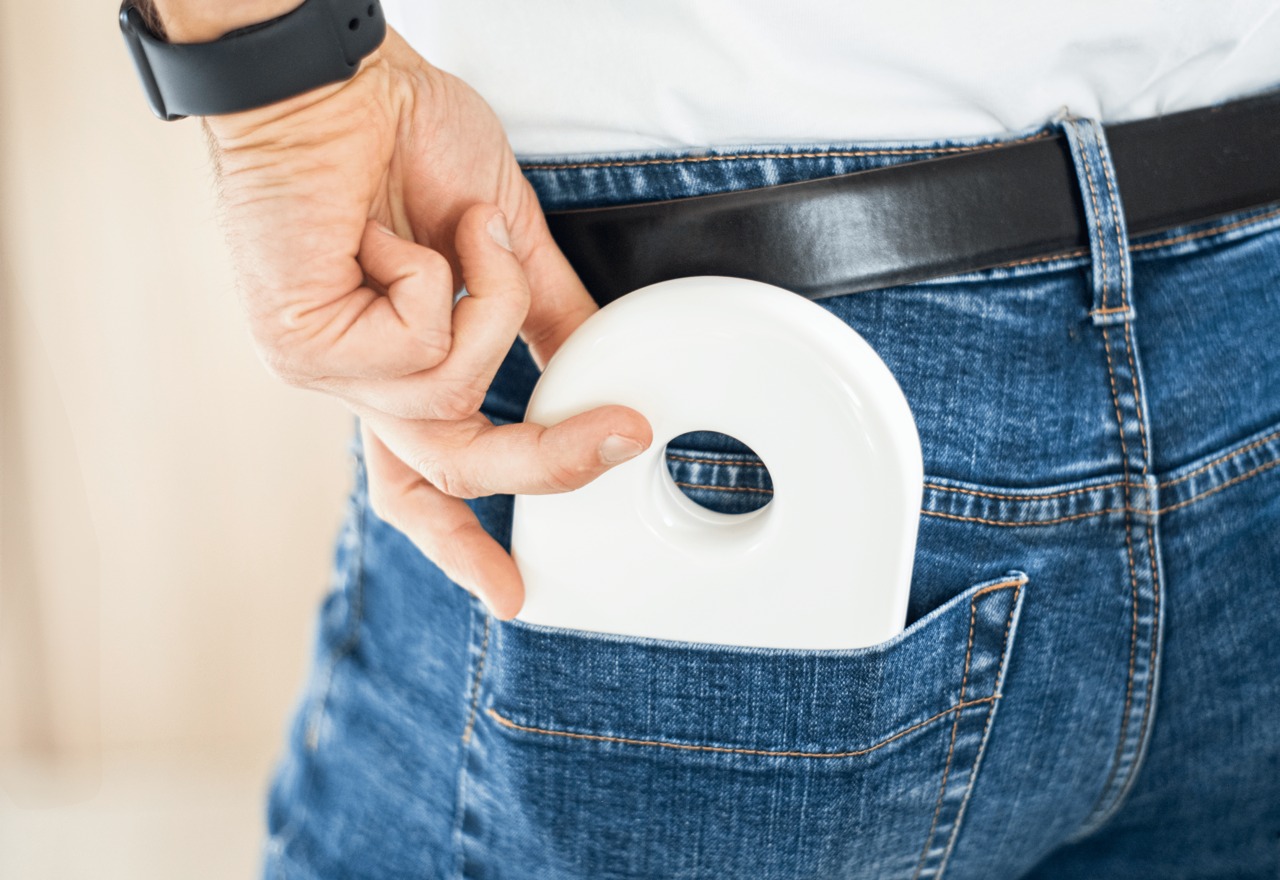 Millo Air is designed to be waterproof, child-safe, and even easy to maintain. The dock fits right on the magnetic hook on the wall when you’re done, where it charges its internal battery (which provides 10 blends on a full charge), while the jar and lid can be rinsed under running water or even placed within a dishwasher. The bladed lid can be swapped for a sipper lid for when you want to carry blended smoothies with you, and the jar’s size makes it perfect for chucking into backpacks or even docking in the cup holder in your car. 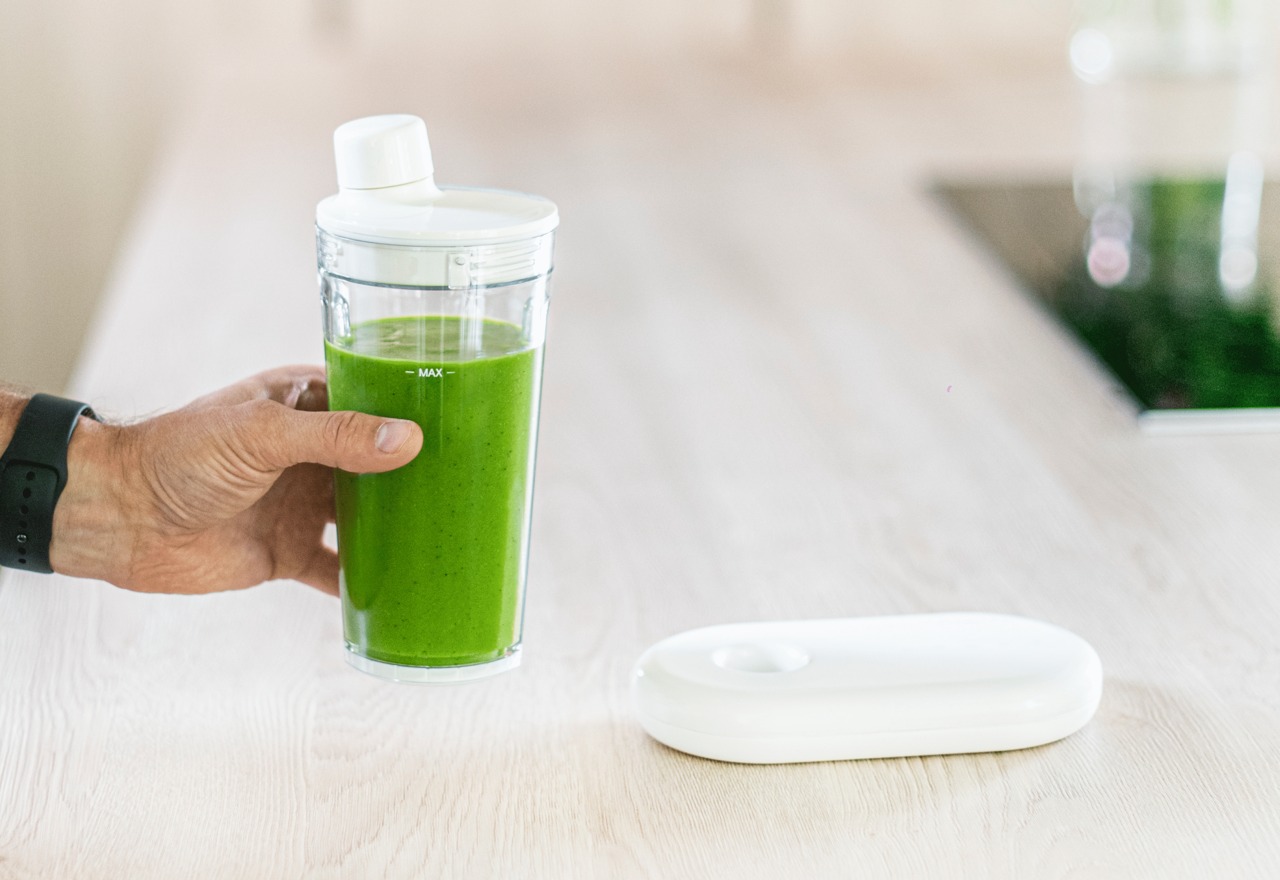 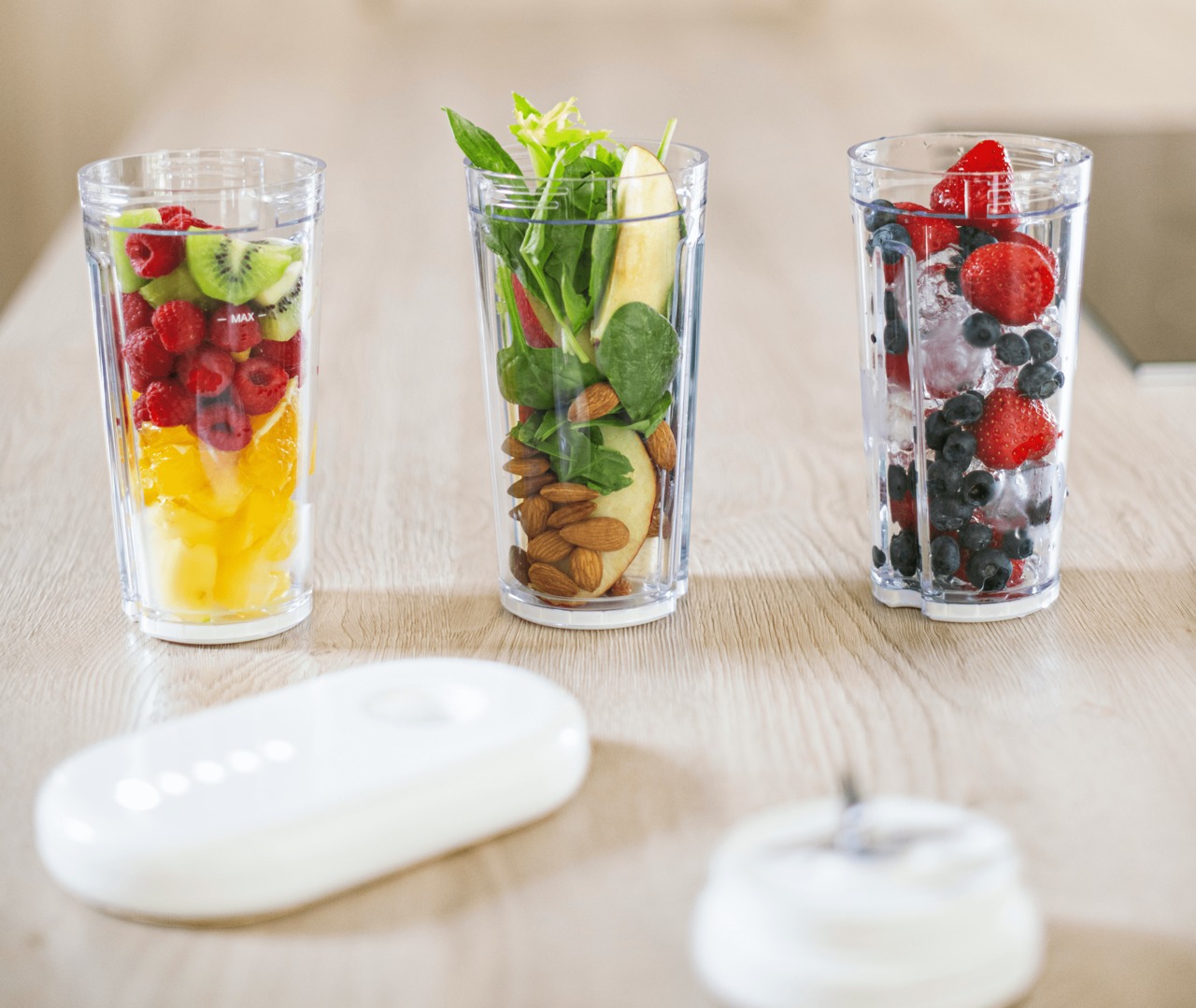 To add to Millo Air’s abilities, a smartphone app lets you browse recipes and even remotely control your blender, and for families/teams with multiple members, Millo Air’s dock can recognise profiles based on your own personal lid. The smart lids recognize the individual user ID, automatically switching the blender to the user’s personalized settings, making it the most smart, intuitive blender you’ve probably ever seen!

#Google Is Testing Huge Changes to Its Home Page