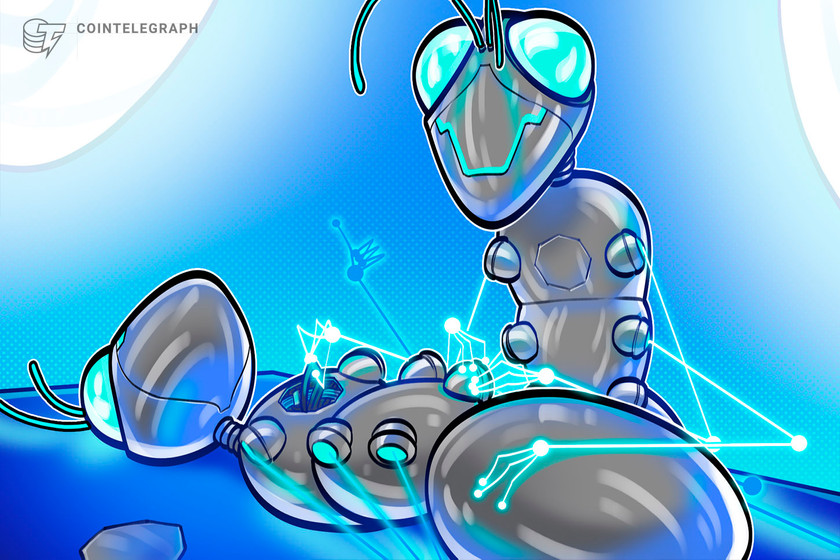 For mainstream adoption of Web3, prevalent challenges need to be dealt with. These include centralized infrastructure, lack of regulatory clarity and rug pulls.

Another major challenge before Web3 is a lack of regulatory clarity. Blockchain technologies are advancing fast, and regulators will take time to catch up. Absence of regulatory oversight has led to unethical behavior in some projects as happened in the FTX fiasco.

Rug pulls are another hindrance Web3 applications are facing. It happens when a malicious developer willfully leaves a window open in the code and later uses it to steal funds earned in cryptocurrencies. Fraudulent individuals breaking through the defenses is something everyone in cryptoverse is wary of.

So is there a way to beef up the safety quotient in Web3? While Web2 safety measures like doing due diligence before investing, not sharing password credentials and keeping cautious while browsing will help, there are some specific methods for Web3. To avoid rug pull, an ideal way can be to examine the open source code before transacting. Wallets flagging the potentially malicious nature of contracts users are interacting with could also be funds-saver for many.

For accelerating the acquisition of users and gaining relevance, knitting Web2 with Web3 is as essential as intra-Web3 communication. Ethereum Virtual Machine (EVM) is an advanced technology that helps address such concerns by facilitating interoperability between blockchains.

Interoperability or “cross interaction” is a critical feature in computer systems that facilitates frictionless data exchange between Web2 and Web3, as well as within Web3 projects. An example of this feature is Twitter launching NFT profile pictures for Twitter Blue (checkmark) subscribers for iOS in Jan. 2022. Users can certify the ownership of the NFT by linking their Twitter profile to the wallet storing the NFT. To enable data exchange, as happened in this Twitter feature, engineers integrate Web2 platforms with Web3.

Intra-Web3 communication is also critical for the efficient functioning of applications. Owing to the Ethereum blockchain hosting a major chunk of DApps in Web3, being compatible with EVM is a key requirement for any project needing to be interoperable. EVM works as the runtime environment for smart contracts in Ethereum blockchain. 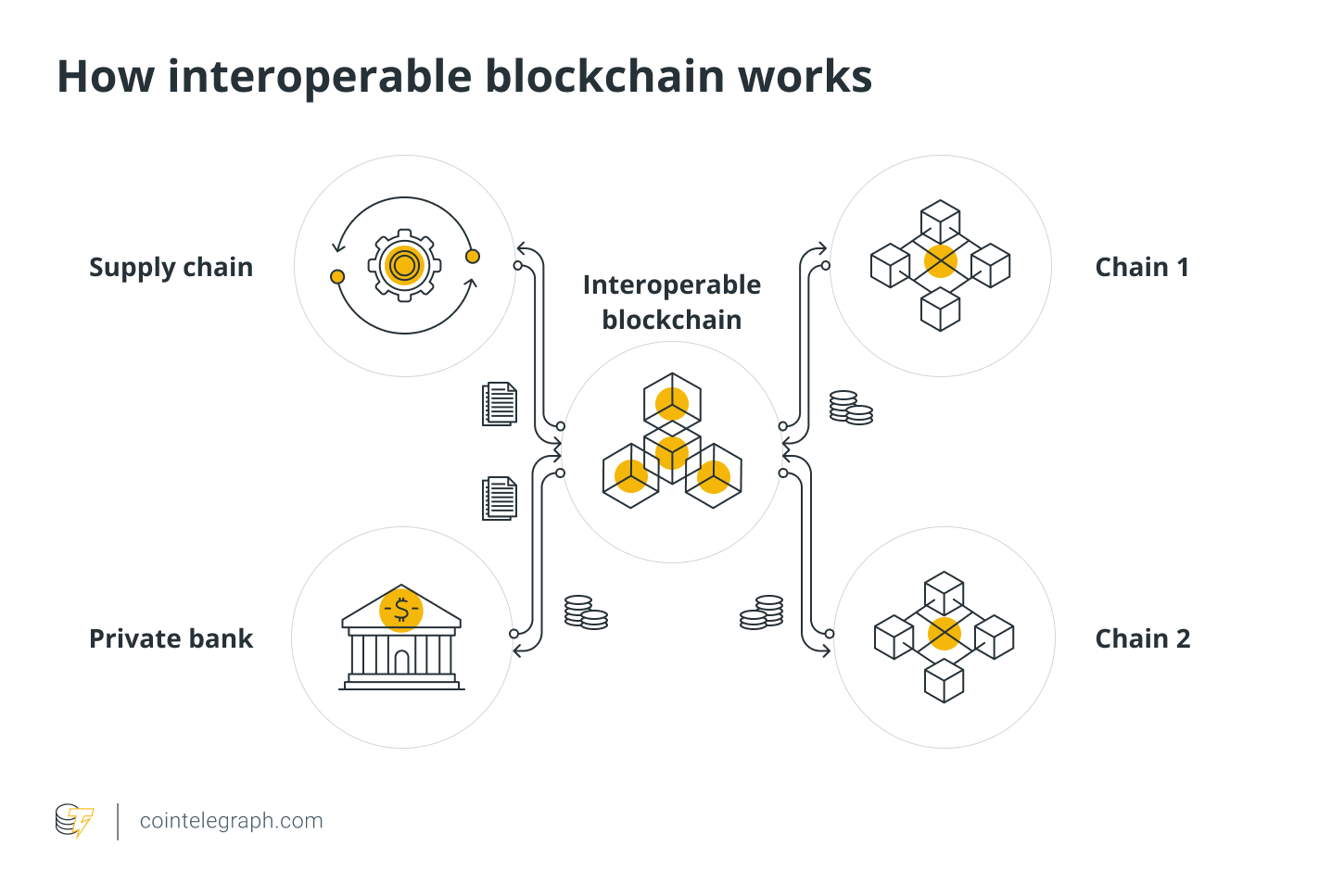 Blockchains work in isolation and need solutions such as sidechain to connect with other chains .A sidechain is a blockchain that runs independent of the parent blockchain or mainnet through a two-way bridge. Examples of sidechain are Gnosis Chain (formly xDAI), Polygon PoS and others.

Another sidechain project is of Horizen blockchain, which is building a sidechain that will be fully compatible and interoperable with Ethereum, opening up its own broad node infrastructure to the wider Ethereum community and enabling businesses to create solutions quickly. They are also exploring the possibility of adding an EVM layer on top of other blockchain frameworks to allow greater interoperability for users to benefit from multiple ecosystems.

Can Web3 solve the problems of Web2

Thanks to the characteristics of Web3, businesses can take advantage of opportunities that are beyond imagination. Concepts like decentralization and permissionless cybersphere were just in sci-fi. Nonetheless, Web3 hopes to resolve the problems in Web2, paving the way to a decentralized era in the internet.

Decentralization puts greater control in the hands of users, ending the monopoly of Big Tech. Users can decide whether they want to share their data or keep it private. The fact that computing power and decision making is diversified makes the system inherently more stable than centralized systems where the whole operation is hinged on a cluster of servers or a core decision-making entity or individual.

Though several Web2 applications have moved toward multi-cloud hosting, the resilience of projects that are decentralized in real terms is simply at another level. Enterprises can select a topography for their application, depending on their own data landscape and challenges to address.

Data stored in a huge centralized database is quite vulnerable. Hackers need to break through just one system to compromise valuable user data. Often, insiders play a role in tipping key information to external malicious players. Decentralized systems are designed to be resistant to such behavior by a section of participants, making security in Web3 more efficient than Web2 systems in keeping data secure.

On the contrary, when almost every company is going digital and data-driven, the risk of malicious attacks has risen exponentially as well. In such a scenario, vandalism in cyberspace has become a big threat, threatening monetary and reputation loss. Decentralization enhances the security level, if not eliminating the problems completely.

Centralized systems often subject users to unfair censorship. Decentralization transfers the authority to the participants, making it difficult for any single entity to influence a narrative that doesn’t suit them. A Web2 social media site like Twitter, for instance, can censor any tweet at any time they want. On a decentralized Twitter, tweets will be uncensorable. Similarly, payment services in Web2 might restrict payments for specific types of work.

In Web3, censorship will be hard, both for participants with good intent and malicious players. Decentralized web promises control and privacy to all participants. Moreover, network participants can take an active part in the governance of the project by casting votes.

In Web3, every participant is a stakeholder. Backed by an array of technologies that inherently resist control, Web3 promotes financial freedom. Decentralized finance (DeFi), where anyone can freely engage in financial activities, is a prime example of the independence participants enjoy.

Complying with Know Your Customer (KYC) and Anti-Money Laundering (AML) regulations opens DeFi to new user groups and mass adoption. Moreover, payments in Web2 are made in fiat, while Web3 payments are made through cryptocurrencies, though fiat payment systems can be integrated as well.

Transparency is something built into the design of decentralized ecosystems. Nodes work in tandem to ensure the frictionless functioning of the system and no single node can take a decision in isolation. Even other participants have a role in decision-making regarding governance through the casting of votes.

Related: What are governance tokens, and how do they work?

Web3 transactions are practically irreversible and traceable, thus ruling out any possibility of someone making changes in the database post-transaction. This makes Web3 a potent tool against fraudulent behavior.

Smart contracts automate the system that can function without any human intervention. The code reflects the agreement between various stakeholders, executing transactions that cannot be reversed. Smart contracts substantially bring down operational costs, eliminate prejudice and make transactions more secure.

Projects, however, have to be careful about vulnerabilities in smart contracts code that hackers can take advantage of to steal the booty. This can be overcome by getting the smart contract code thoroughly audited by a team having a proven track record in vulnerability assessments using a mix of manual and automated tooling. A Web3 example of accelerating automation is Zokyo, which specializes as an end-to-end security resource for blockchain-based projects.

Nonfungible tokens (NFTs), a component of the Web3 ecosystem, have added another dimension to the web economy. These tokens make each digital asset unique in some sense. Regardless of the number of times it is duplicated, there is some way to distinguish it. This feature is useful to safeguard these assets against online forgery and maintain exclusive rights of the owner over their assets. In Web3, NFTs could serve as metaverse assets, game assets, certifications and whatnot, opening up endless possibilities and empowering content creators to make money in an unprecedented manner.

Earlier, when audiences consumed the content of a creator, the audience only had the emotional or intellectual benefit. Thanks to NFTs, creators were now able to turn their community members into investors and provide them with some tangible value out of the interaction. For instance, if someone has started a group on a decentralized social media site, the first 50 subscribers might be rewarded with redeemable NFTs if they spend a certain amount of time interacting there.

Contrary to what many think, one doesn’t need to have the technical know-how to create an NFT-based economy. No code solutions such as NiftyKit are available for various development needs like building NFT smart contracts, revenue splits, embeddable SDKs (software development kits), token gating and more. Without any coding, one can begin building a creator economy.

How is Web3 different from Web2

Web3 is a decentralized, permissionless and trustless ecosystem that transfers control from a centralized entity to a pool of participants. Web2, on the other hand, is a centralized space dominated by companies like Google, Microsoft and others.

Web3 refers to the next generation of the internet that is decentralized, making it fundamentally different from Web2, a centralized ecosystem based on a client-server model. In Web2, the backend code that powers apps is deployed onto a server hosted by the likes of Google Cloud or Amazon Web Services (AWS). This system centralizes the power and these conglomerates, collectively termed Big Tech, can block access to anyone or exchange users’ crucial data for money.

However, the architecture of Web3 is designed to withdraw this undue advantage from Big Tech and decentralizes it, boosting transparency, facilitating innovation and giving users control over their data and online interactions. In Web3, there is no server or client. Rather, there is peer-to-peer file sharing, thanks to the Interplanetary File System (IPFS).

Web3 applications are permissionless (though some private blockchains require permission) and trustless. “Permissionless” refers to the capacity of seamless inter- and intra-platform communication, while “trustless” points to the characteristic where the users need to trust the network and not network participants. Web2 applications, on the contrary, require approval by the centralized authority and users’ trust to remain operational.

#Video shows rescue of kayakers, including two children, after being swept out to sea in California