“#How PGA Tour is honoring true heroes in the coronavirus battle”

FORT WORTH, Texas — If you’ve been watching the golf on TV this week, you know the usual suspects who are at or near the top of the star-stacked leaderboard.

You may have noticed some other names on the back of the player caddie bibs — names you don’t know, but people who are a lot more important in the grand scheme of life than the guys who are hitting and chasing the white balls around the golf course for millions in prize money.

All are part of one of the coolest initiatives the PGA Tour has dreamed up — recognizing 148 area COVID-19 healthcare first responders by putting their names on the caddie bibs alongside the player names.

“I thought it was a really clever idea to bring awareness and appreciation for the work that’s being done,’’ Hollingsworth, the critical care medical director of the Texas Health Fort Worth Hospital, told The Post on Friday. “We’re at capacity at our hospital right now, and my concern is people disregarding the warnings when unfortunately I think we’re probably at the beginning of this second wave. I’m praying this not as bad is it could be.’’

Kramer, the assistant vice president of health system emerging strategies at UT Southwestern, told The Post, “It’s been a trying time, and with the tour coming back, it’s a ray of hope for a lot of people. Putting a spotlight on the healthcare people who’ve been going very hard for the last few months is a great thing the tour is doing.’’

Rose called it “a huge honor to have Mr. Kramer’s name right next to mine,’’ adding, “We’ve been at home for three months. People who are obviously working on the front lines probably haven’t seen their family for three months. It’s been a complete stark contrast. Certain areas and certain sectors have been stretched to the absolute max, and obviously healthcare workers have been absolute champions and true heroes in all of this.

“To recognize them in any way is important, but it’s a fun initiative, and it’s something cool, and hopefully walking down the fairway on Sunday afternoon can bring a smile to Alan Kramer’s face if we’re in contention and maybe just give him a little bit of light relief I suppose after what’s been a pretty tough few months for them all.’’

The one shame of this program, which is scheduled to continue for the next two tournaments — the RBC Heritage next week at Hilton Head and the Travelers the week after that — is this: With no fans allowed at the tournament, these healthcare workers who are being recognized don’t get to be at the tournament basking in their new-found fame.

Burk, a critical care pulmonologist at Pulmonary & Critical Care Consultants with 43 years of service, had his name on the back of Tim Mickelson’s bib as he caddied for his brother, Phil, who missed the cut. But he didn’t even know it until his son, Justin, called him from Nashville on Thursday after seeing it on TV.

“I got a phone call from my son, who asked me, ‘Dad, have you taken up golf?’ ’’ Burk, who is not a golfer, told The Post. “Now there have been multiple calls and pictures sent and my sons have all decided that I should now take up golf at this point.’’

Like Burk, Singal, a physician at UT Southwestern Medical Center, is not a golfer nor does he know a lot about the game. But he was moved by the PGA Tour’s gesture.

“I don’t know many golfers, but I know of Rickie Fowler,’’ Singal said. “My wife doesn’t know sports, but she knows Rickie Fowler. When I heard I was going to be attached to him it made the honor even greater.’’

Unfortunately, like Mickelson, Fowler failed to make the cut, so Singal’s name will no longer be seen around Colonial the next two days.

“I never thought of myself as someone being featured on TV in a sports event,’’ Singal said. “It’s a lifelong dream that I don’t think I would have otherwise fulfilled.’’

Unlike Burk and Singal, Meaders, a vascular surgery fellow at UT Southwestern Medical Center, is a 3 handicap and a golf junkie. His wife, also a doctor, put him on the list when the PGA Tour came calling.

“She said she was filling out the form and I was like, ‘Yeah, right. What are the chances I get picked?’ ’’ Meaders said.

He was, and his name was on the back of Ryan Palmer’s caddie bib.

“I’ve been a big golf fan my whole life,’’ Meaders said. “So to kind of be involved with the PGA Tour and have my name on a bib is pretty special, something I won’t ever forget.’’

Tags
... Bryson DeChambeau FORT WORTH Gary Woodland How PGA Tour is honoring true heroes in the coronavirus battle Texas — If you’ve been watching the golf on TV this week the No. 1-ranked player in the world? You know him. Same with Justin Thomas you know the usual suspects who are at or near the top of the star-stacked leaderboard. Jordan Spieth? You know him. Rory McIlroy
Share
Facebook Twitter LinkedIn Tumblr Pinterest Reddit VKontakte Odnoklassniki Pocket Skype WhatsApp Telegram Viber Share via Email Print 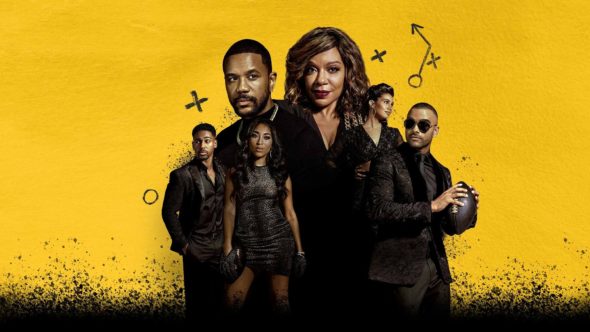