“#Hourly pool rentals are booming, earning pool owners up to $10K a week”

Their fortunes are rising with every dip.

This summer, tri-state area pool owners are raking in thousands of dollars by renting out their backyard cabanas to strangers.

Josh Ben-Asher, 36, a founder of a legal recruitment firm, has been charging $90 an hour for his swanky setup in Mahwah, NJ — and said he’s booked $10,000 worth of rentals in a single week.

After posting pictures of his saltwater stunner — which boasts three waterfalls, a diving board and a cabana — on the app Swimply earlier this summer, “I had 60 [rental] requests in 24 hours,” said Ben-Asher. The father of two said his pool is fully booked up through Labor Day with two to three renters daily via the app, which works much like Airbnb.

“I turn so many people away,” he said. “I’ve turned more away than I’ve taken.” 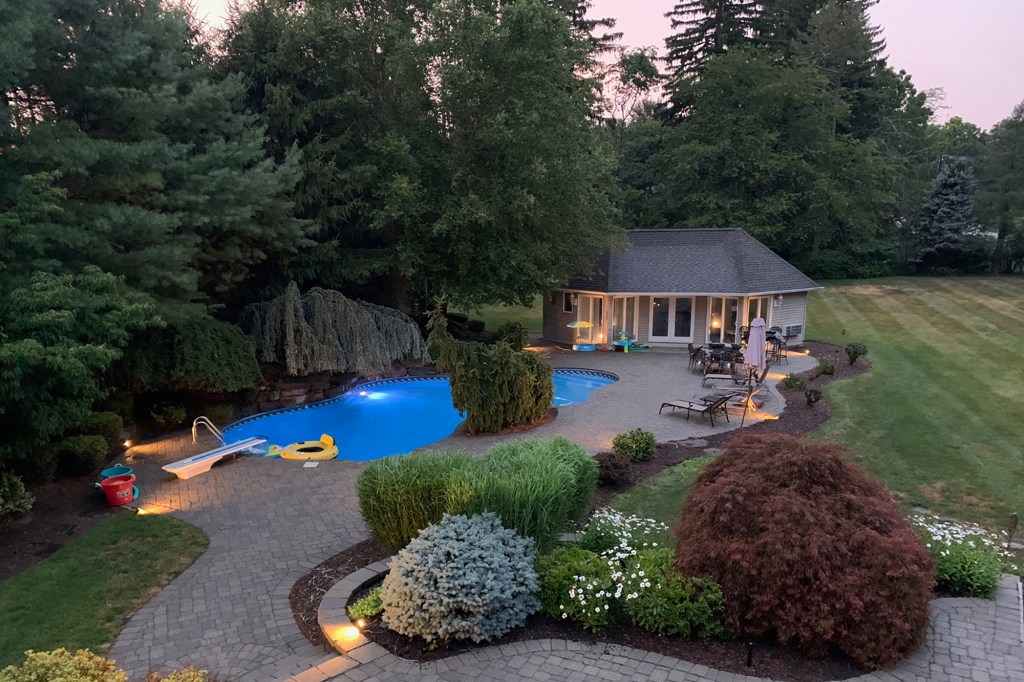 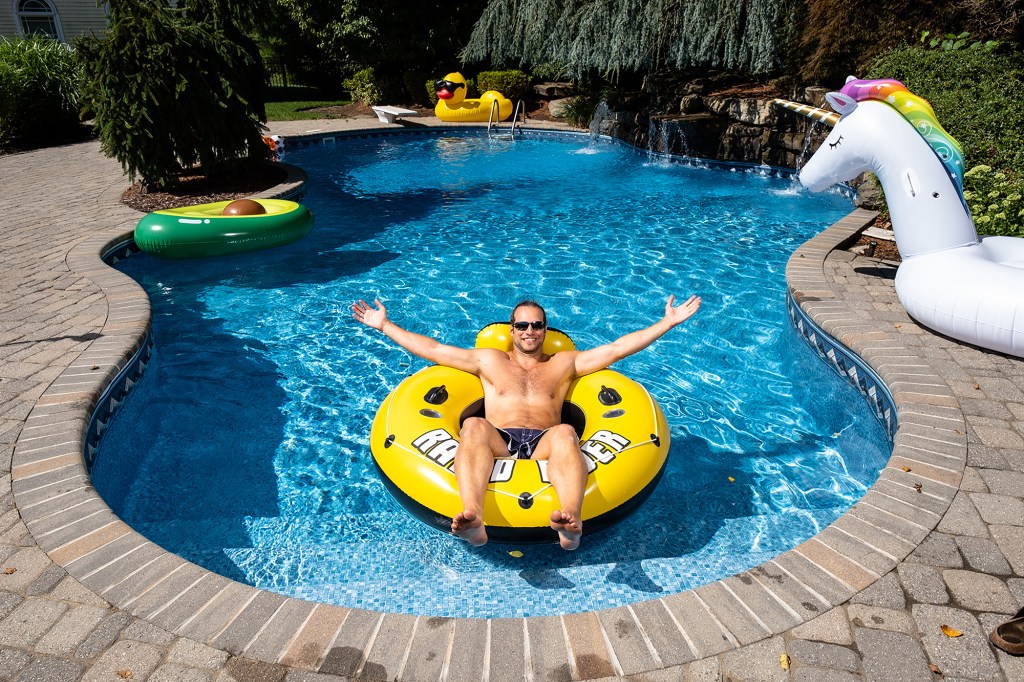 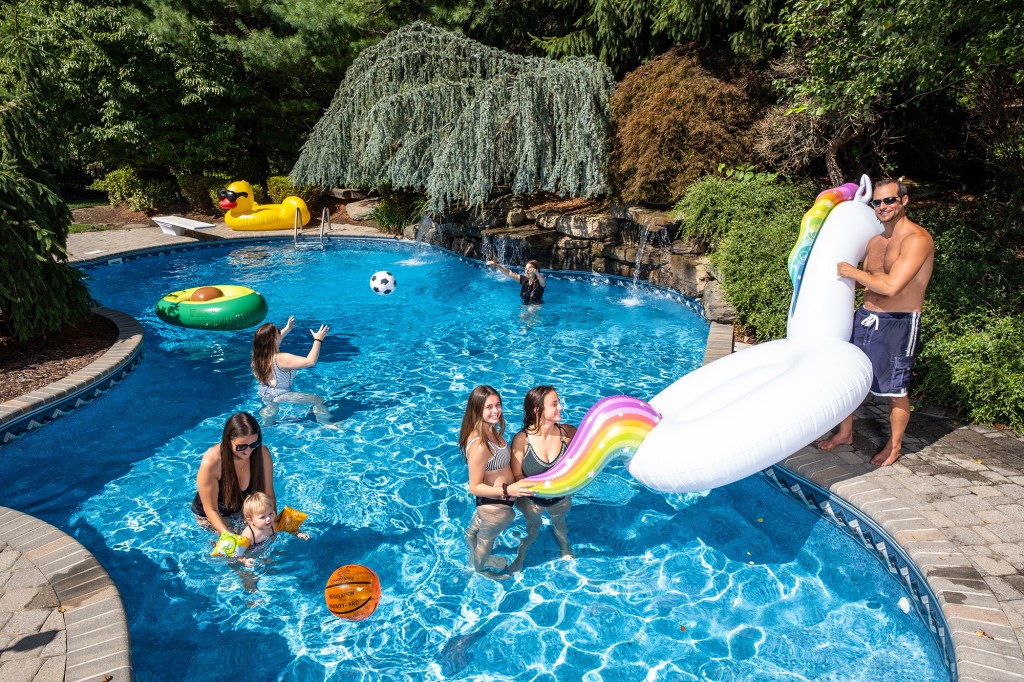 Former FBI Director James Comey got a fiery response from…

With area beaches limiting parking-lot capacities to 50 percent, public pools enforcing social-distancing strategies and a shortage of above-ground pools available for purchase — many would-be waders have been hunting for a way to get wet this summer — no matter the cost.

On Swimply, which launched last year, pool rentals cost anywhere from $45 to $125 per hour, plus fees for additional guests.

Owner Melissa Reilly charges $125 an hour for her Islip, NY, pool, which is tricked-out with a waterfall, diving board, firepit, bar area and comfy shaded chaise longues.

“Ever since COVID hit, we have people requesting the pool seven days a week,” said the mom of four, whose customers are Manhattanites driving two hours from the city for an aquatic escape.

“We probably made 20 grand so far,” said Reilly, even after Swimply’s 15-percent cut. (The app also charges swimmers a 10-percent booking fee.)

She said she’s happy to provide a fun summer excursion for overheated New Yorkers, “but it’s more fun for us, because we’re making money.” 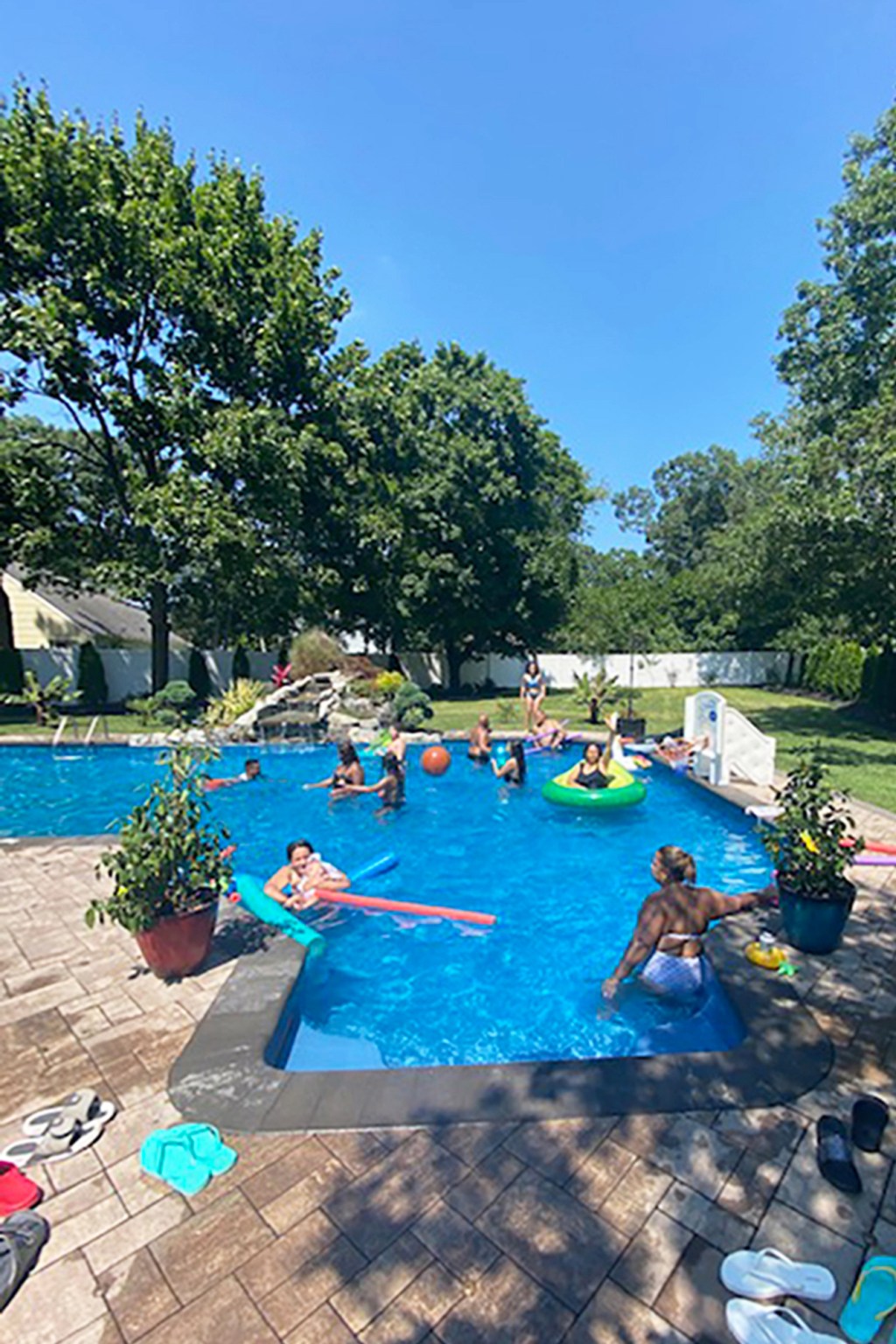 Melissa Reilly charges $125 an hour for her Islip, NY, pool. 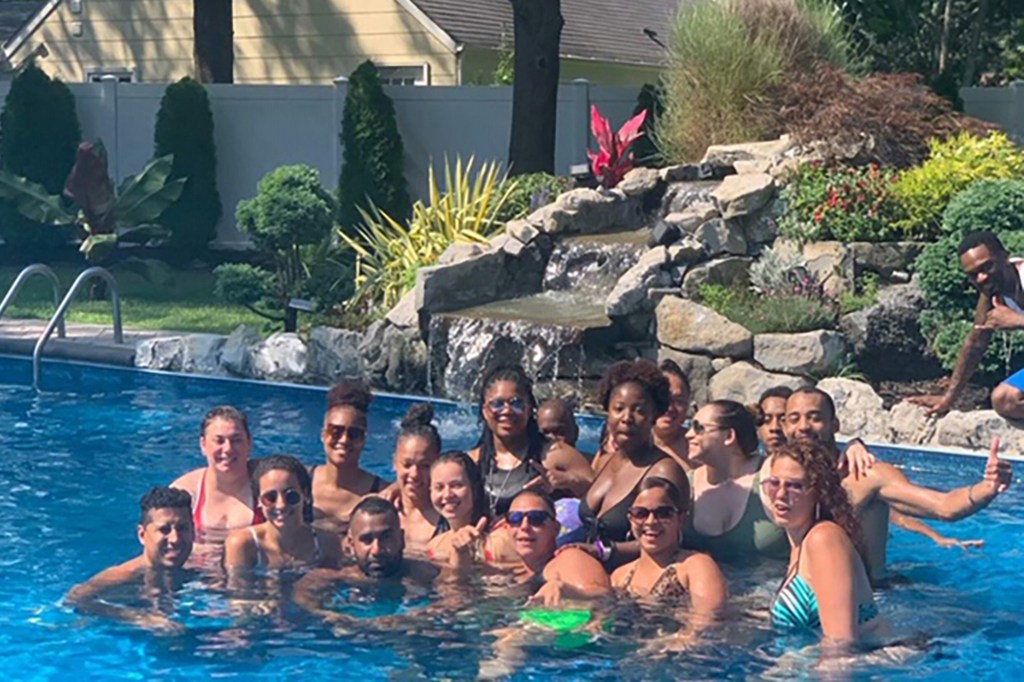 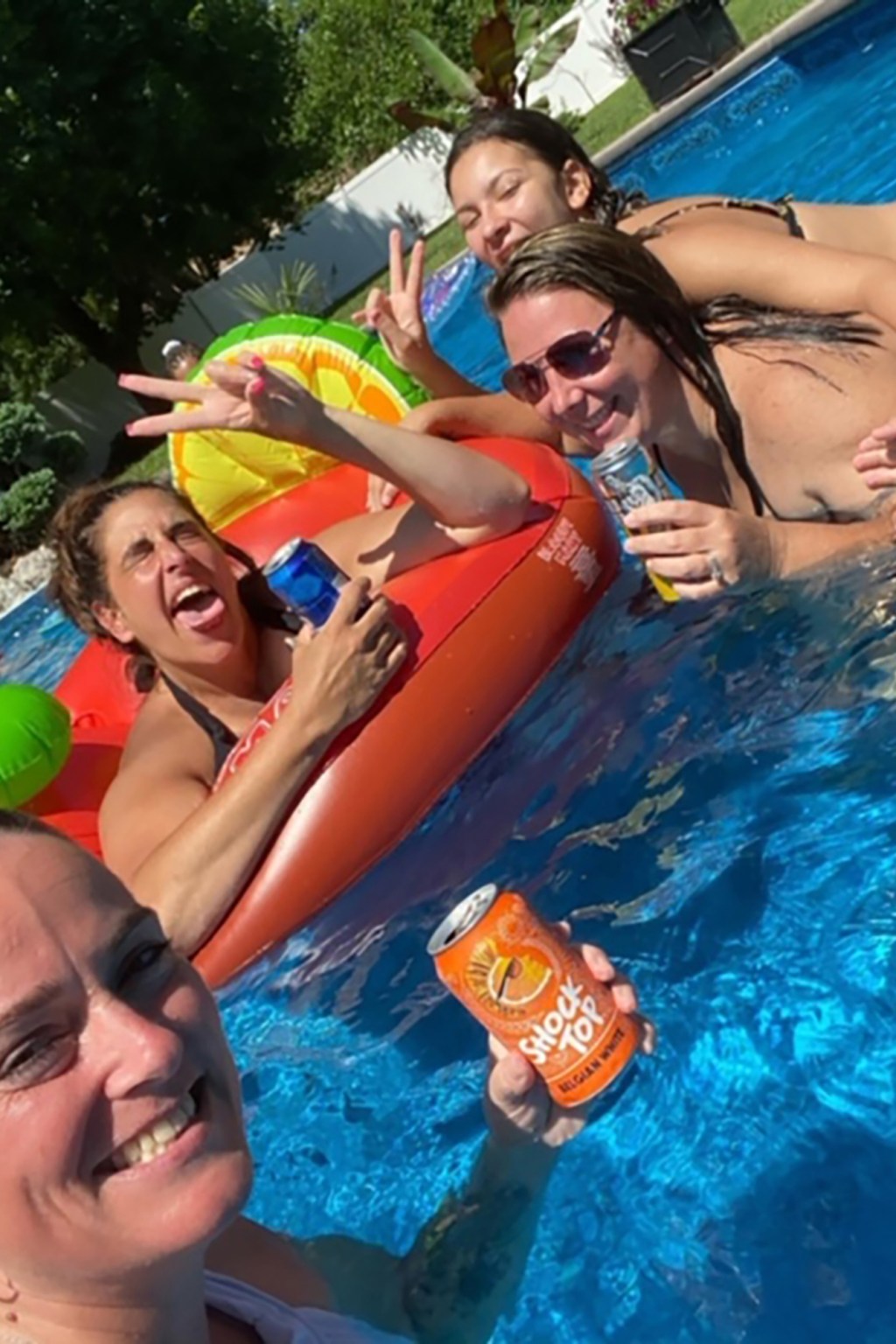 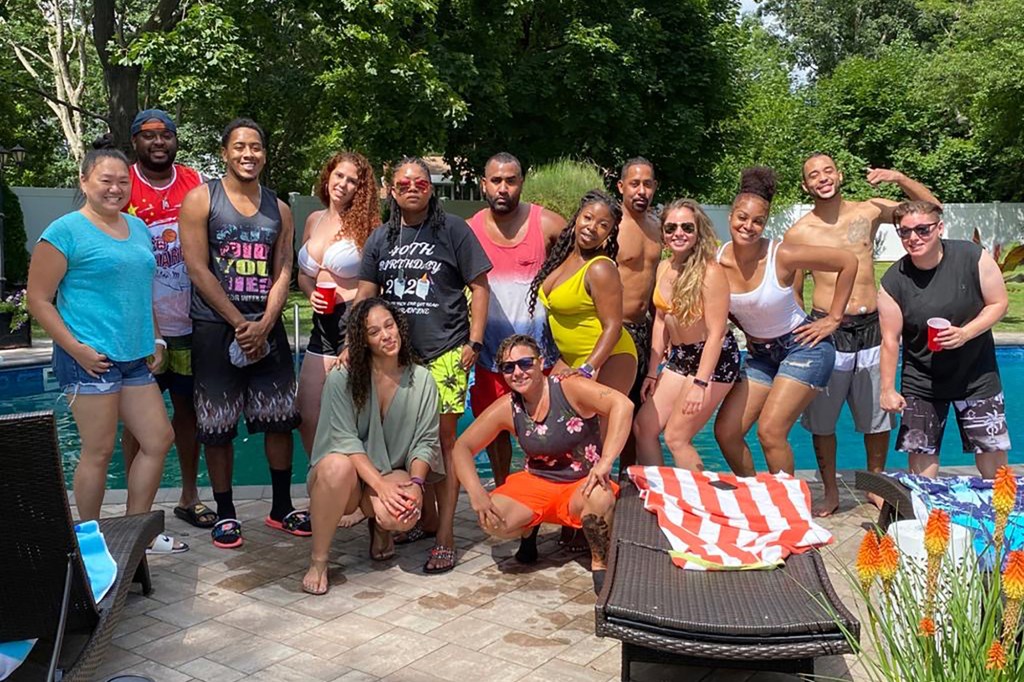 Former FBI Director James Comey got a fiery response from…

Still, even if you’re charging a premium, you can’t always trust bathers to behave.

Dave Weltz rents out his South Amboy, NJ, pool for $95 per hour, plus $10 per guest per hour after the first five guests.

But Weltz landed in hot water after a group of 20 paid guests turned out to be a 90-person rager complete with pot smoke and blaring music.

“My neighbors were not happy,” said Weltz, 56, who said he scores up to five bookings a day. (Pool owners must allow one hour between rentals for cleaning and sanitizing.)

But most renters are well-behaved — and simply happy to have a place to escape.

“It doesn’t feel like I’m in Jersey anymore. It feels somewhere tropical,” said Elaine Garza, who’s rented Weltz’s “oasis” four times this summer for herself, along with her son and his college-age friends.

The 51-year-old, married mother of two said it’s worth the dough to take a dip — even if her hubby would disagree.

Said Garza with a laugh: “My husband will kick my ass if he knew what I paid!”

#Leaner Dexter Lawrence aiming to be Giants force in Year 2