[Warning: The below contains MAJOR spoilers for Roswell, New Mexico Season 4 Episode 11 “Follow You Down.”]

Roswell, New Mexico celebrates its 50th episode with a couple of major moments for a fan-favorite couple — but it’s too bad the happiness couldn’t last for long!

In “Follow You Down,” Michael (Michael Vlamis) reunited with Alex (Tyler Blackburn) after journeying to the liminal space to find his missing boyfriend. And after Dallas (Quentin Plair) and Bonnie (Zoe Cipres) left to find the fruit that would open the portal home and give them some alone time, the couple caught up on what the other missed: Alex admitting he dreamed of getting home to Michael, and Michael explaining he’d let the fantasy of his planet distract him from what they’ve built together. Alex understood and told him he didn’t care if they were on other sides of the universe, as long as they were looking at the same stars … and then he asked Michael to marry him! They’d spend too much time apart, he pointed out. And Michael said yes.

“This moment was a long time in the making and it was such an honor to be behind the camera, watching this moment transpire, this beautiful romantic, just emotional connection that we all love for the Malex scenes,” Heather Hemmens told TV Insider of directing that moment. “And so for it to culminate in this moment in my episode was such an honor and so very exciting to see.”

She continued, “These two characters haven’t seen each other in a little while and the heartache over not being able to be together was so strong, and so we really wanted to have that connection as if they were never apart. I really feel that’s what we get a sense of in this scene, their closeness, their intimacy that they were able to bring to it. It is as if they did not skip a beat in the time that they were apart. And I think that it just shows the genuine love and care that the moment that they’re reunited, they want to marry each other. It really speaks volumes to how connected these two are with the heartstrings.” But the couple’s celebration after getting engaged didn’t last for long. Alex admitted that there seemed to have been some unintended consequences of the radiation in the liminal space on him since he’s human. He’d felt nauseous since he got there, and the gas mask he helped only helped with that, not the other symptoms. And so Alex thought he was dying. “Five minutes ago, I was imagining wedding vows, now you want me to write a eulogy,” Michael told him, upset. But Alex didn’t want to spend his last days wallowing in the inevitable and instead wanted to marry Michael immediately.

Is there anything anyone can do to help? After all, besides Michael, Hemmens’ Maria was also determined to find him, but now they’re not even in the same place. “But there is a way of communicating that, it seems otherworldly to us, but I feel like even in our own lives, we have psychic connections to people that we love and that we’re close to, and I feel like that’s really what she’s banking on here,” said Hemmens. After all, she had thought she’d been receiving messages from her late mother, only to realize they were from Alex. “The reason she’s able to pick up on that is because she loves Alex and is familiar with him.”

Considering that the star and director told us that the series “really ends on a high note for Maria,” we feel like that means she can’t lose one of her best friends, so we don’t need to be too concerned for Alex… right?

“Alex has been through a lot in the liminal space and he’s gonna have some battle wounds to show for it,” according to Hemmens. “I think that’s one of the leading factors of why he wants to marry Michael right away is because he doesn’t know if he’s going to be healthy or not. So it is a motivating factor in the proposal. Of course we need to worry about Alex’s wellbeing because it’s good television and anyone could go at any moment. But I would say that it’s used as a catalyst more than an ending event for Alex.” 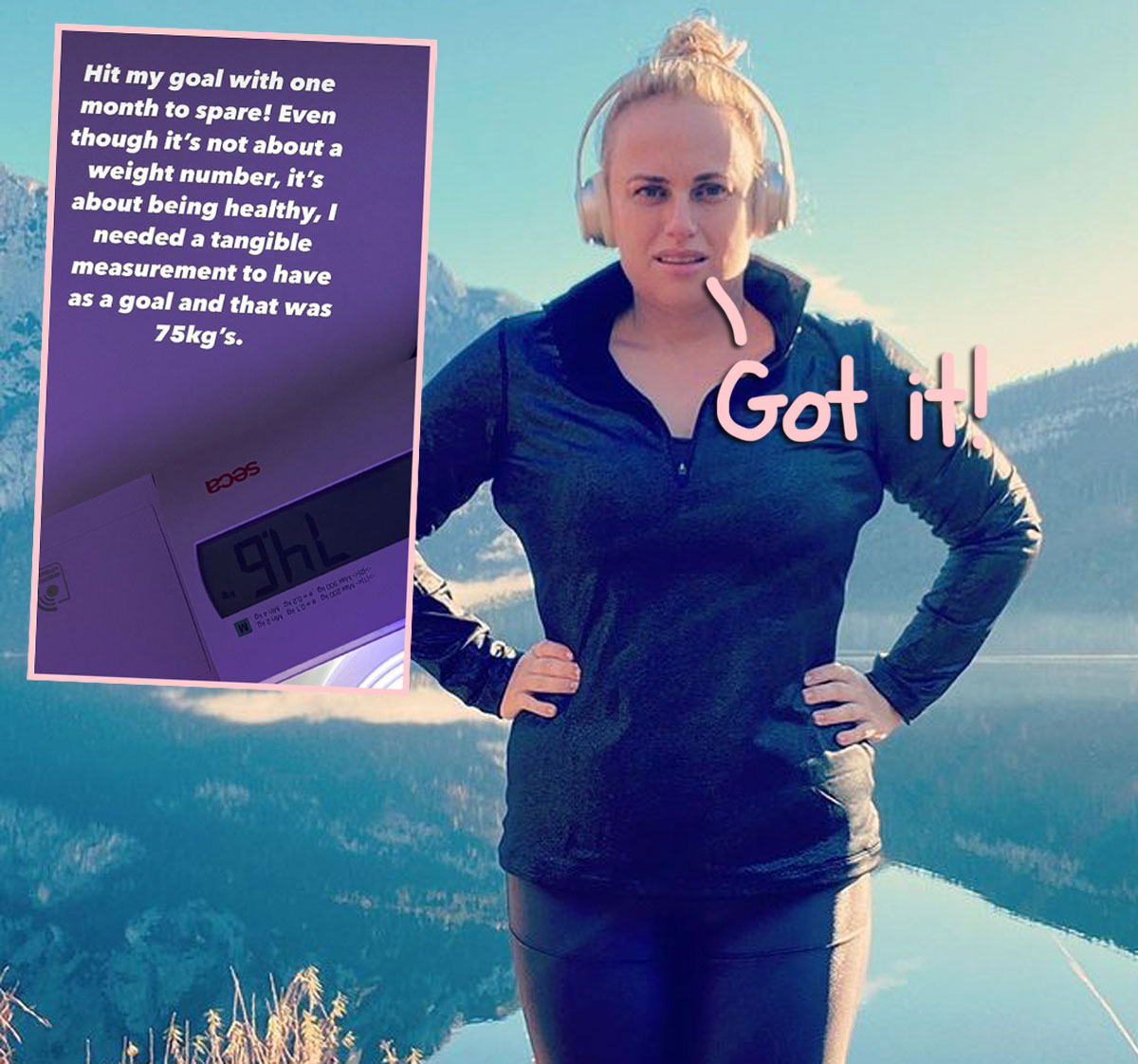 #Rebel Wilson Reveals She Reached Her Health Goal ‘With One Month To Spare’ — Amazing!