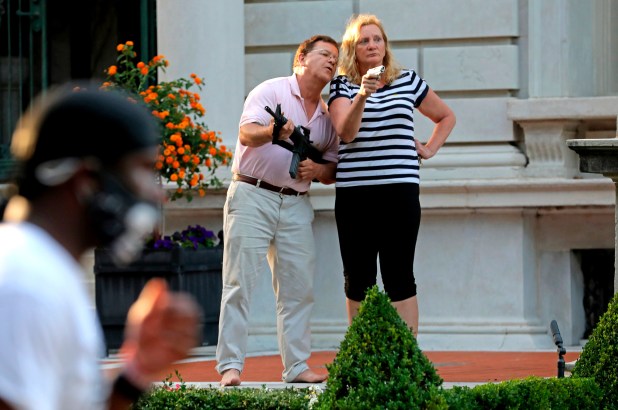 The St. Louis couple who wielded firearms while Black Lives Matter protesters gathered outside their mansion will make an appearance at the Republican National Convention next week, a report said Monday.

The couple shot to nationwide attention in June when they were filmed pointing a handgun and an AK-47 at civil rights demonstrators moving through their swanky neighborhood.

The McCloskeys defended themselves by saying they feared the crowd was going to kill them and burn their lavish house down like the “storming of the Bastille.”

They were charged with felony unlawful use of a weapon over the viral incident, which caught the president’s attention.

Trump accused the prosecutor who charged the couple of “an extreme abuse of power.” Missouri’s attorney general has said he was moving to dismiss the charges, calling them “a chilling effect on Missourians’ exercising the right to self-defense.”

#Dale Earnhardt Jr. may be done with NASCAR

#Watch the Hispanic vote and other commentary